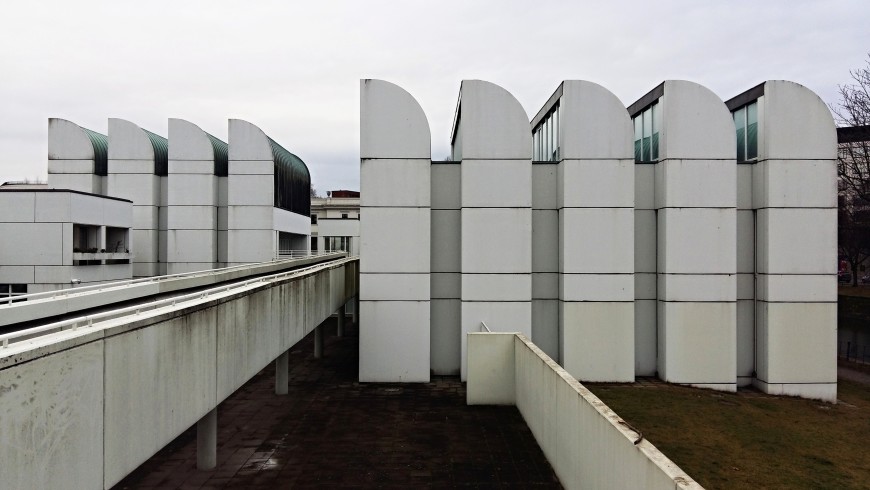 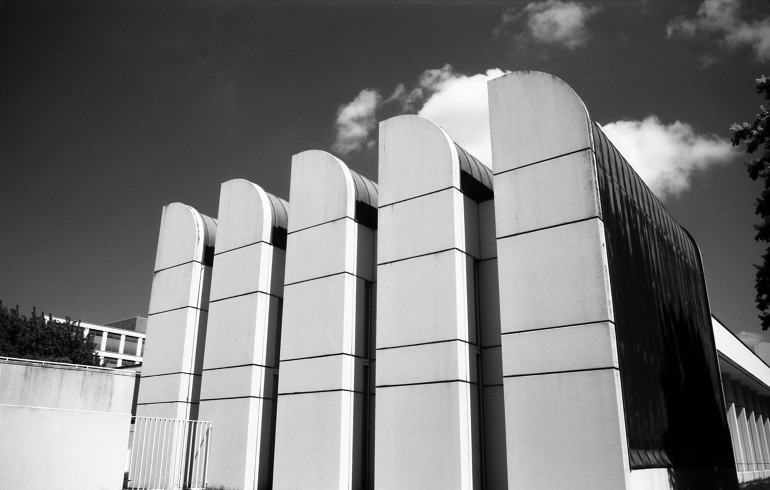 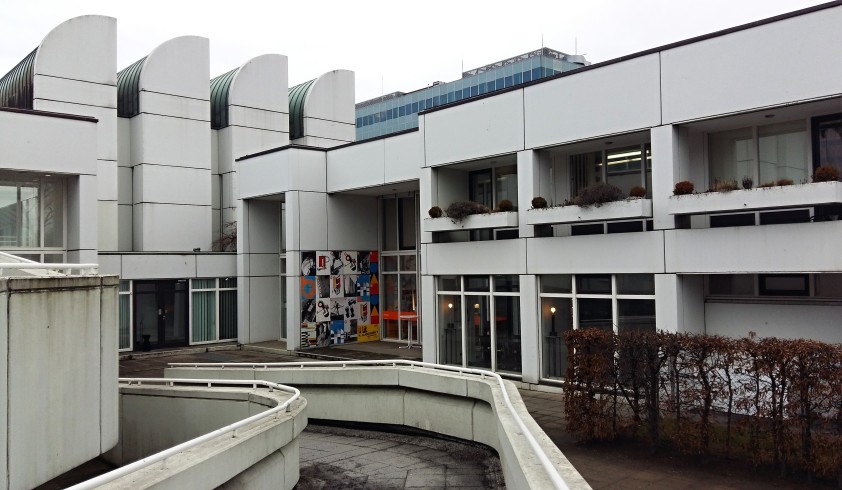 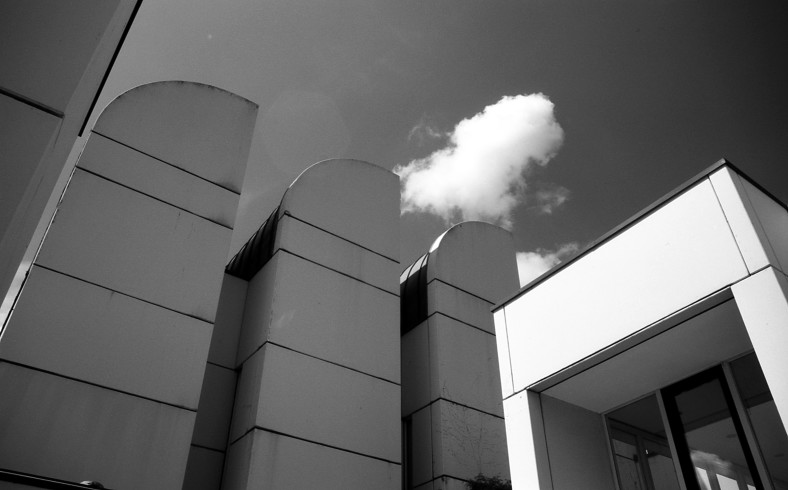 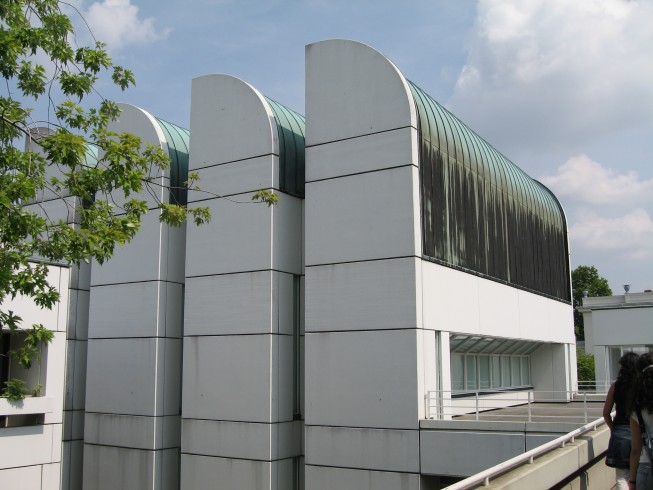 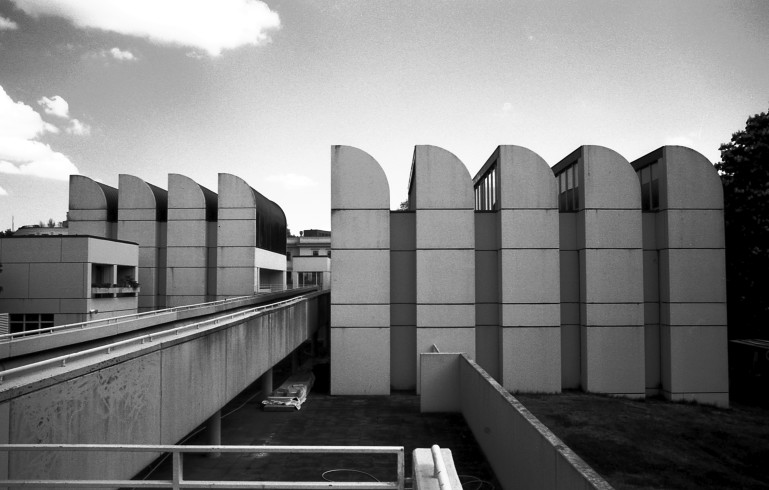 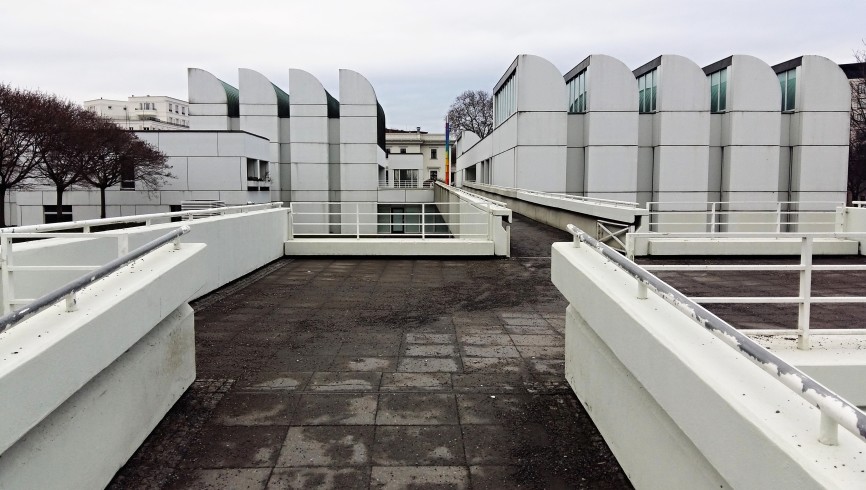 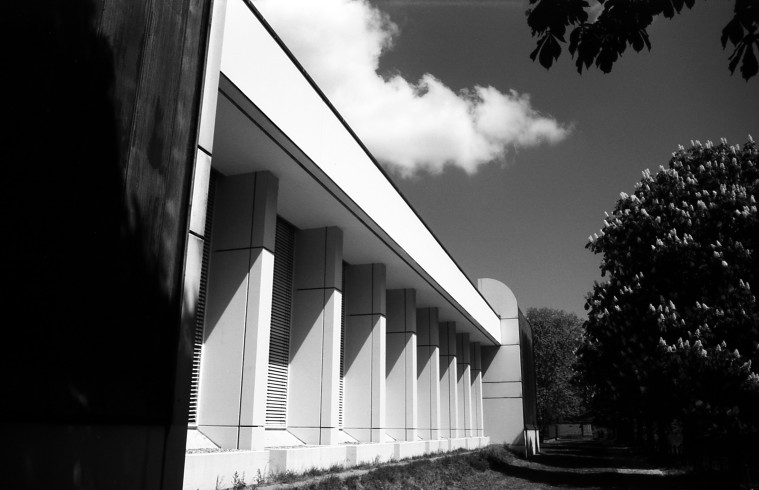 The design of a building to house the archives of the Bauhaus was a late work by the man who was its first director, Walter Gropius. The building was planned for a site in Darmstadt; later it was changed to its Berlin location, in the Tiergarten, which Gropius himself chose from among several options. A team of architects adapted the project to its new location, facing numerous problems and setbacks. Ultimately, essential elements of the original design survived: specifically, the iconic curved skylights, a reinterpretation of the serrations characteristic of industrial architecture. The organizational principles of Gropius’ floor plan were also maintained and, in spite of the shift from a sloping plot to a totally flat one, the “H” shape and the accesses via long exterior concrete ramps remained.
The Bauhaus is considered one of the 20th century’s most influential schools of architecture, art and design. Its core principles included introducing quality design to consumer products and putting craftsmanship and industry on a level with the fine arts, in addition to promoting an honest and direct use of materials, without artifice. In keeping with these principles, the only materials used in the building intended to preserve its legacy were exposed concrete and glass.
To celebrate the centennial of the Bauhaus, in 2019, a new annex is being built to increase the exhibition area, currently just 700 m2.

Article: "Berlin's Bauhaus-Archiv designed by Walter Gropius for "a vivid encounter with the Bauhaus", by Alynn Griffiiths in Dezeen