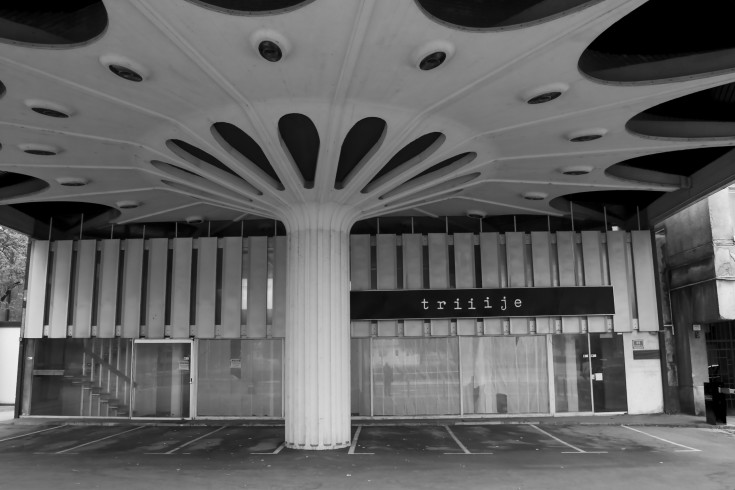 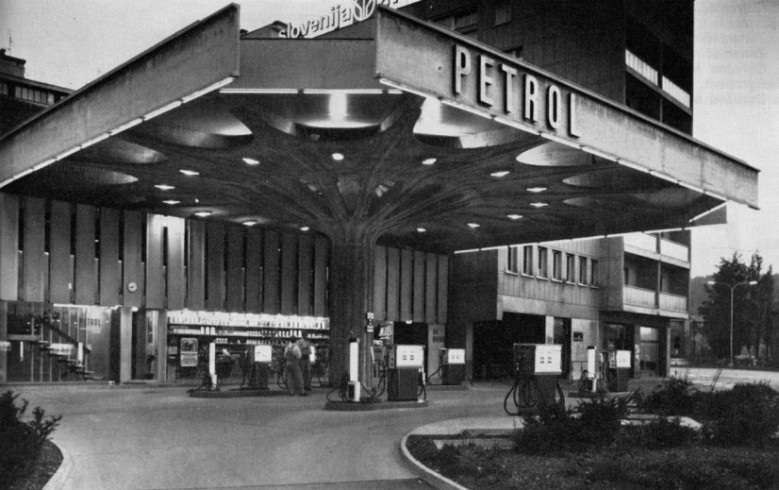 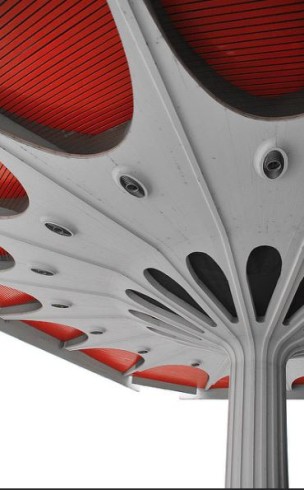 This small service station contains a single structural element made of concrete that adopts the mushroom typology with a central pillar.
The structure, of considerable size, is especially noteworthy for the intricacy of its forms, which respond to both an expressive concept and a structural logic. The complex lobular structure, organised around 16 ribs, recalls a flower or the branches of a tree. The structure is also outfitted with a series of grooves and hollows to conceal the lighting elements within the concrete structure itself, further increasing its delicate, weightless appearance.
The designer, Milan Mihelic, was one of the main representatives of the Ljubljana School of Architecture and was a great promoter of cultural and academic activities in the field of architecture in Slovenia in the final decades of the 20th century. Mihelic’s work is notable for the collective housing he designed and for the precision and strict detail he maintained in all the different design phases.