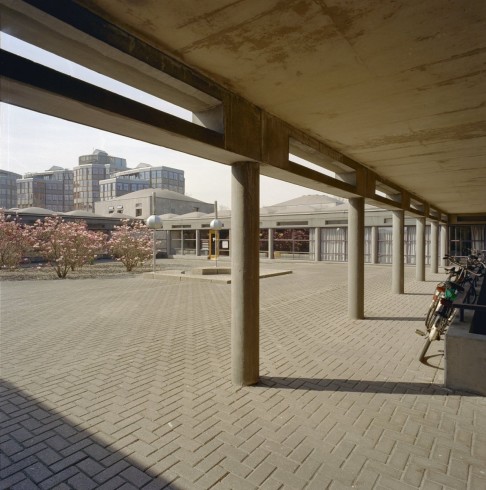 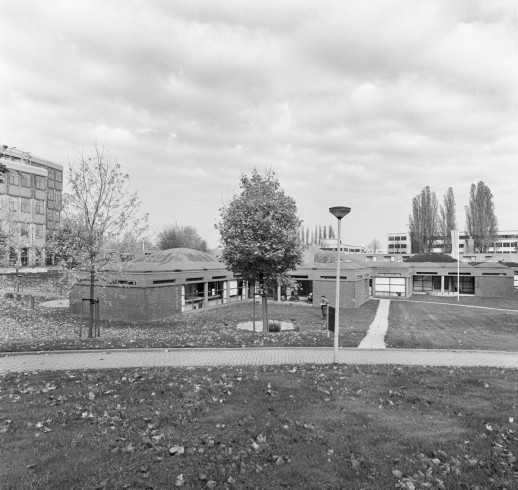 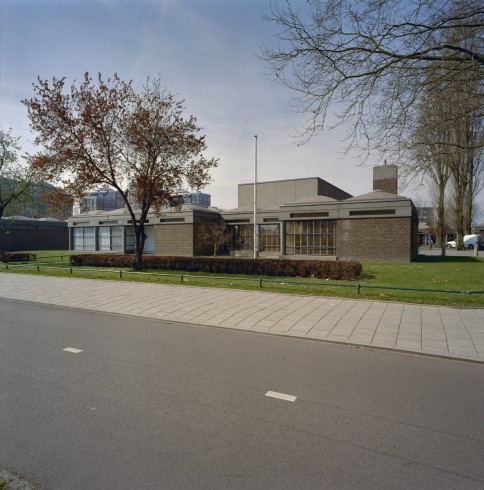 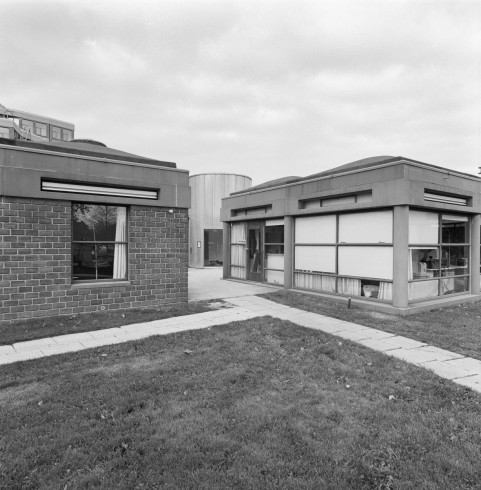 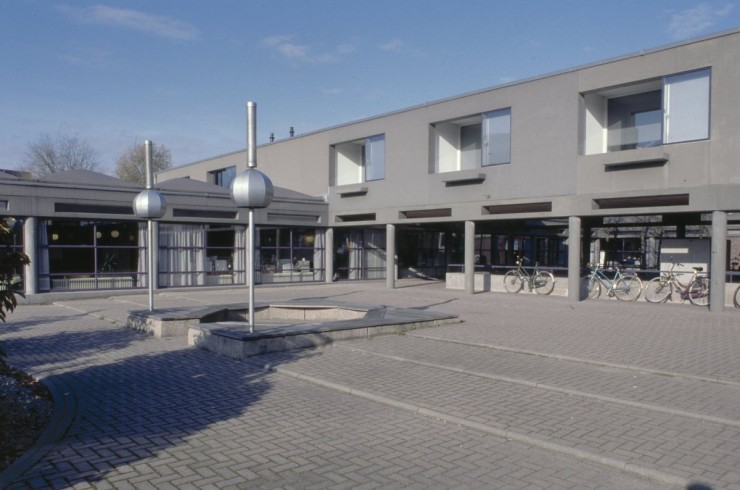 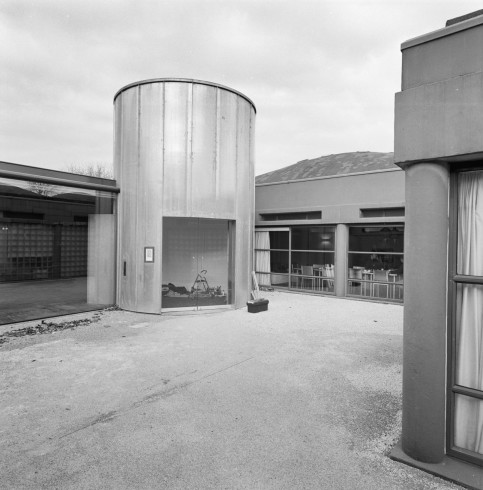 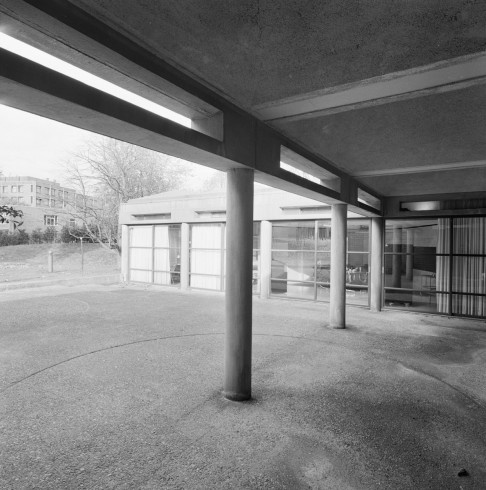 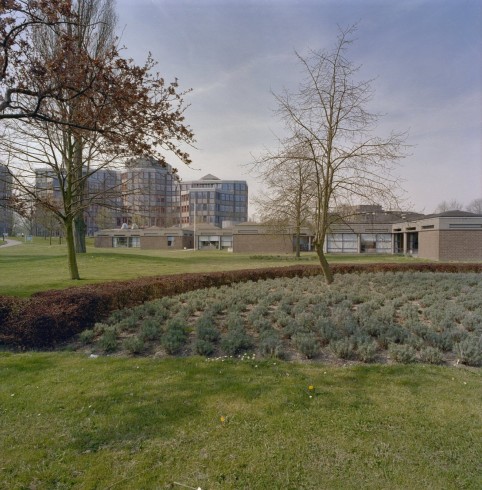 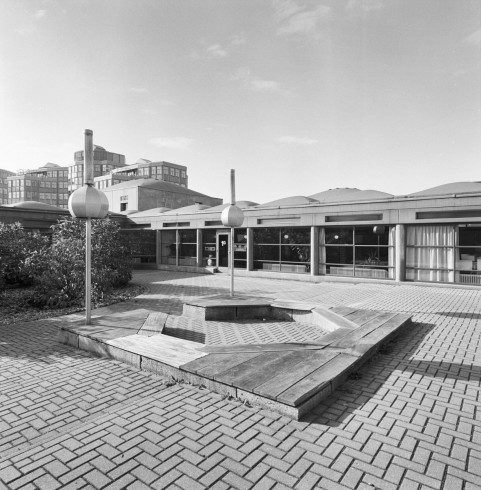 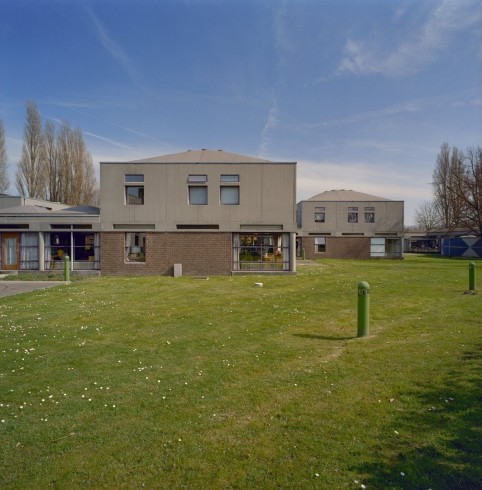 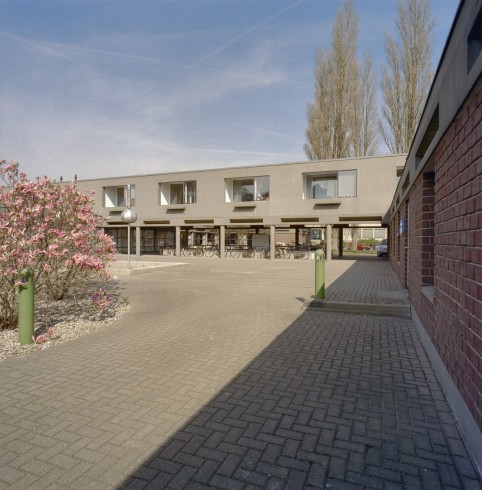 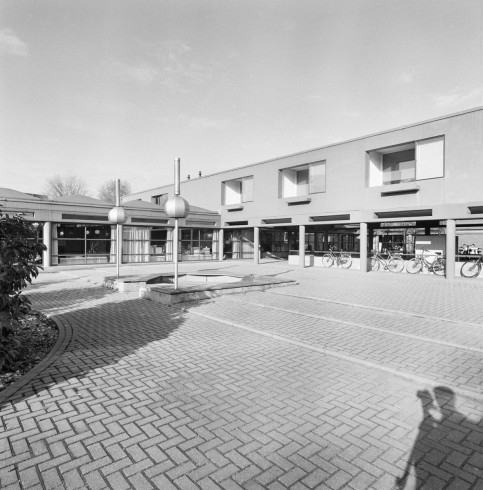 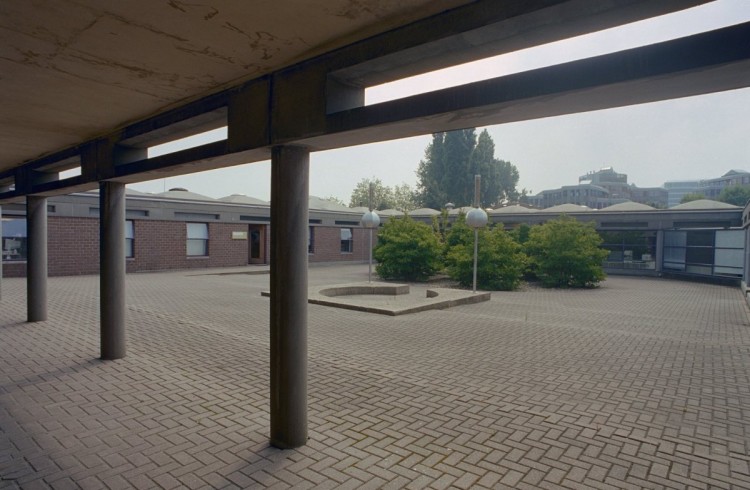 There were two principles that inspired Aldo van Eyck in the construction of this orphanage with room for 125 children. On the one hand, an abundance of interior and exterior spaces are alternated to create complexity and variability in the architecture, to make it easier for the children to make themselves at home in a building that was, to a large extent, their world. On the other hand, the building was meant to dissolve its boundaries with the city, to become open and inclusive: just the opposite of the isolated spaces associated with orphanages of the past in the collective consciousness.
The resulting building feels more like a labyrinth or a casbah, where interior and exterior spaces alternate and blend together almost imperceptibly. This is achieved through the repetition in plan of a square module measuring 3.40 meters per side. A total of 336 of these small modules are added together following a pattern of organic growth that spreads out in centrifugal wings, generating courtyards that are either closed or open at one of the corners.
Each of the modules is covered with a prefabricated concrete circular dome that rests directly on a series of beams; in turn, the beams are supported by circular pillars, all built in reinforced concrete. Occasionally, for certain unique spaces, nine modules are combined together and covered with a larger dome, but with a similar circular section. On the façades, prefabricated concrete panels are alternated with ceramic or glass bricks. Concrete is present in the interior as well, beyond the structural elements, in the pavement finishes and in multiple built-in furnishings, such as benches or seating areas.