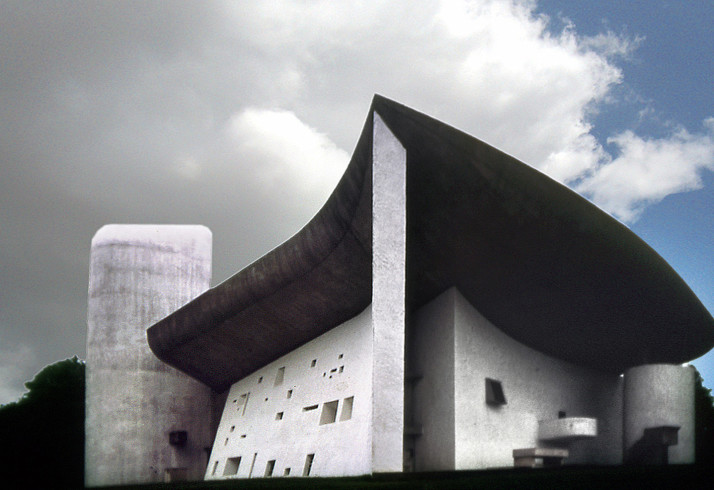 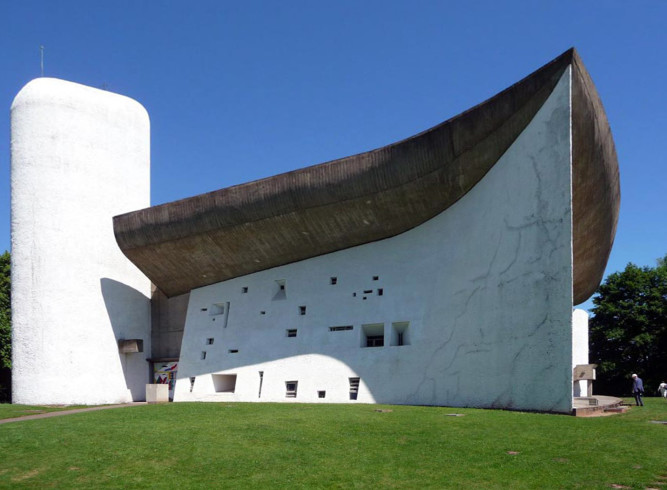 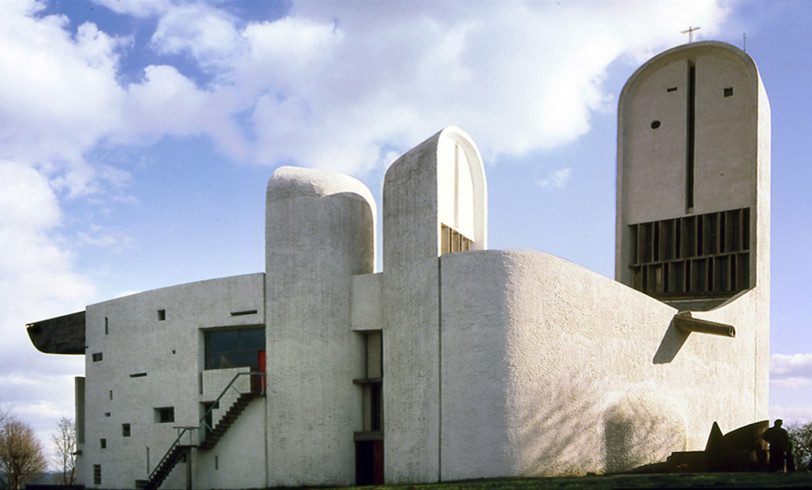 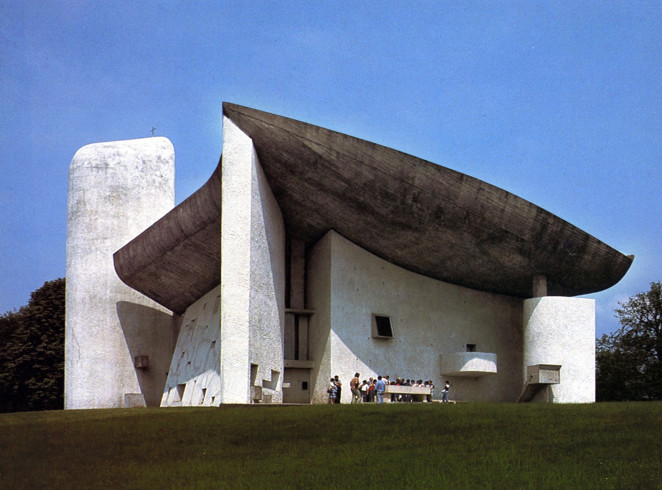 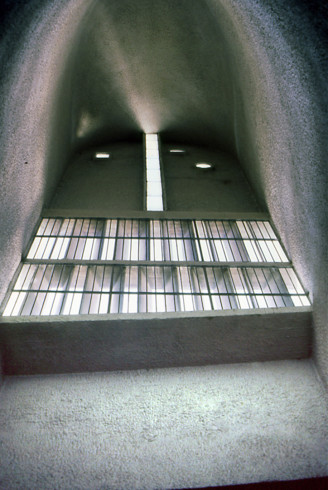 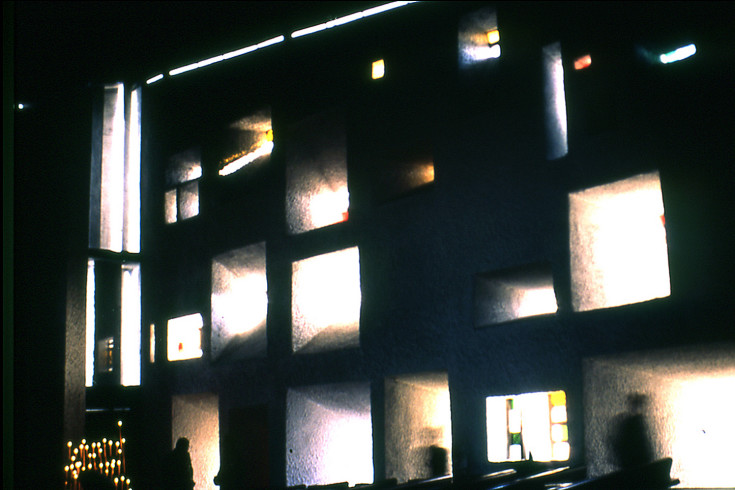 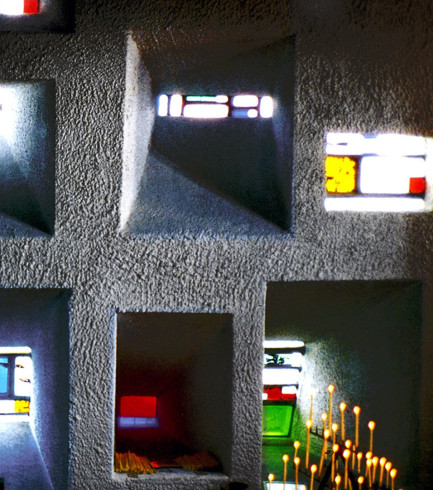 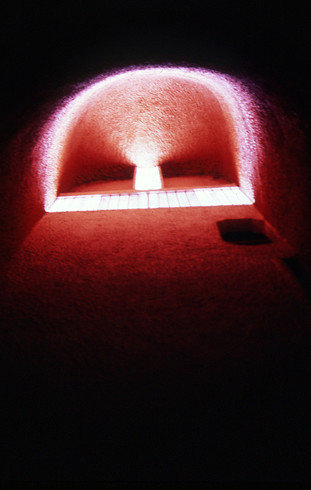 For years, this famous chapel on the top of a hill was a difficult building for historians of art and architecture to classify: its curved, organic forms ran counter to the aesthetic and canonical discourse of modern architecture, largely founded on the work of its architect, Le Corbusier.
Built on the ruins of an old chapel destroyed by bombs during the Second World War, the old masonry was reused as the base for the new structure, formed by a series of thick, curved walls with a varied section and detached in plan. The walls are perforated by points of multicolored light in the form of recessed windows. They fold and curl over themselves, generating spaces that are set apart from the main nave to house small chapels. These same walls are elongated vertically above the chapels to form skylights that qualify the space in section. The highest of these vertical volumes also serves as a bell tower.
Embedded in the thickness of the solid walls are the pillars that support the surprising concrete roof, whose section recalls an airplane wing reinforced by interior ribs and braces. This structural solution generates a sliver of light between the walls and the roof, which loses all its heaviness and seems to float above the space of the interior.
The building’s exterior is characterized by the rustic finish of the sprayed concrete, while the masterful treatment of light qualifies the different interior spaces.