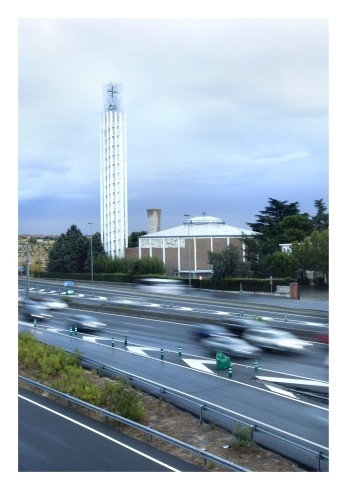 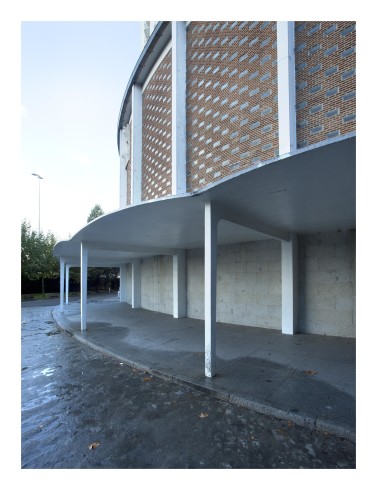 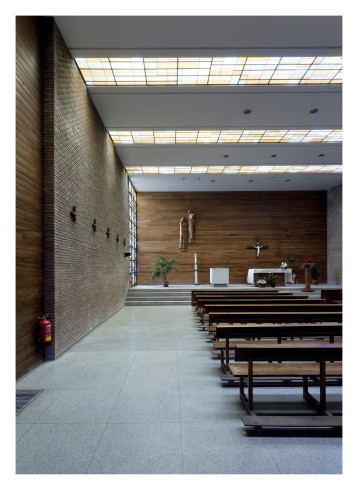 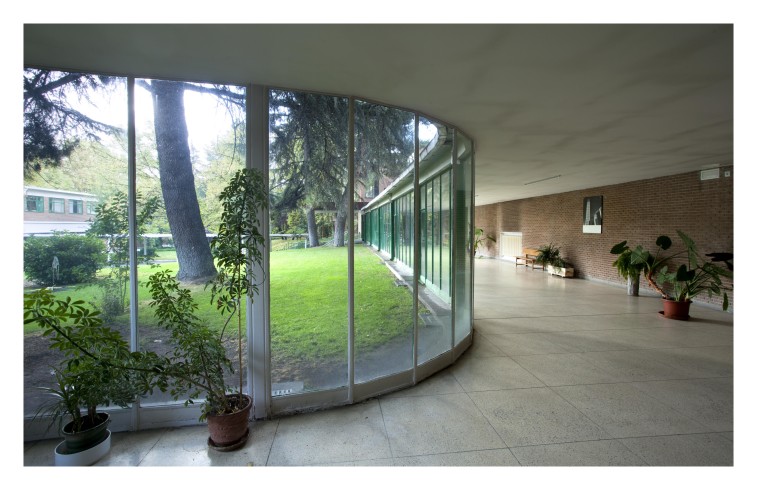 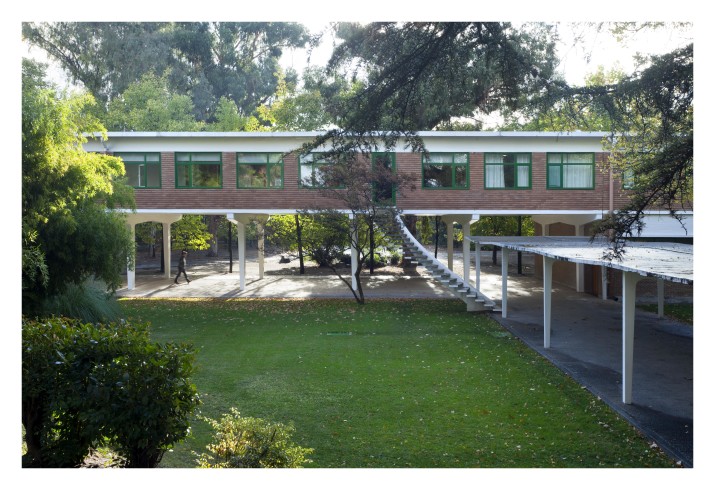 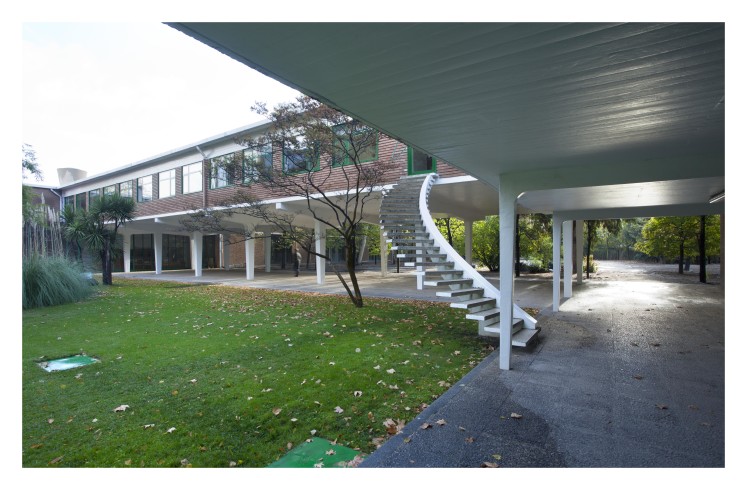 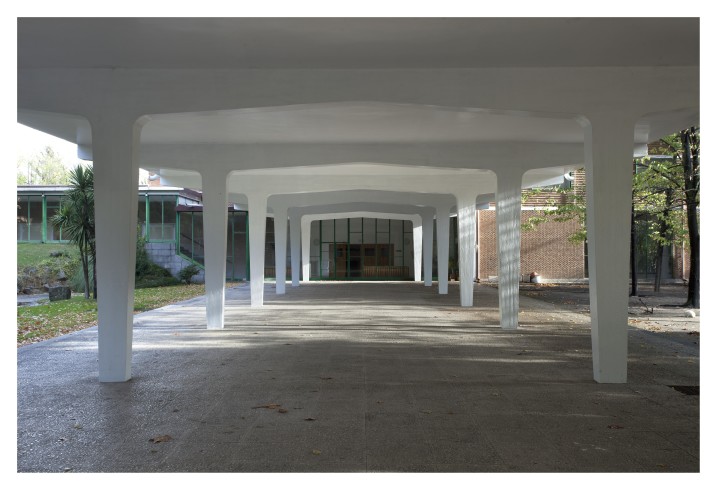 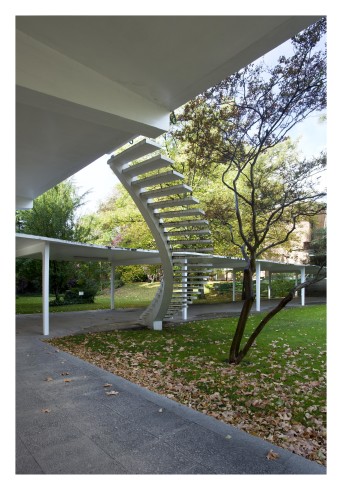 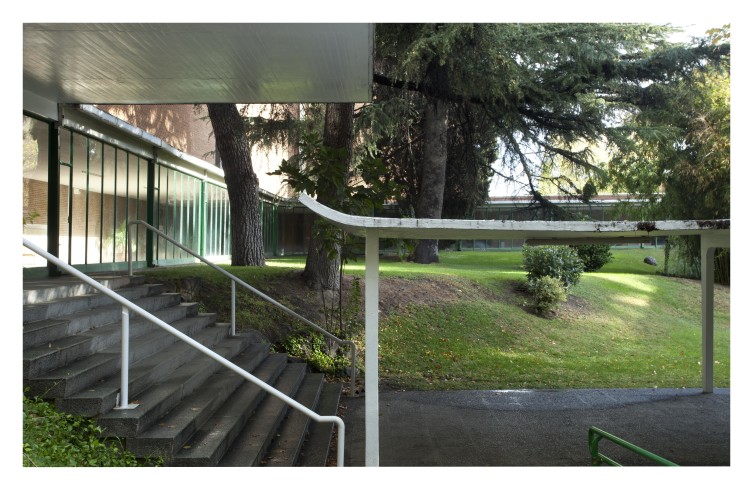 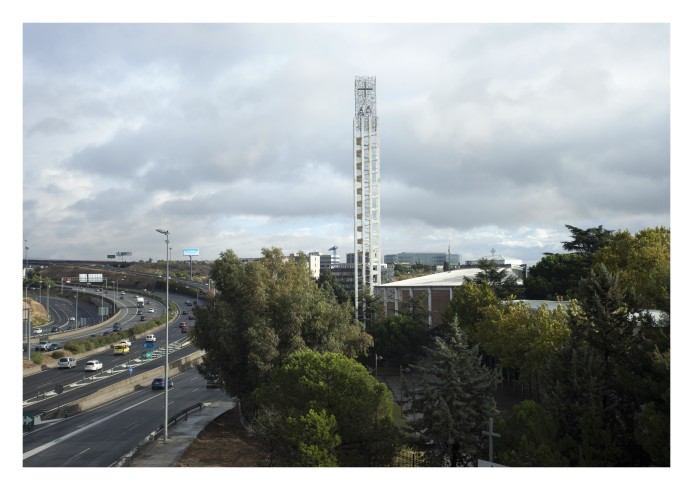 This religious complex is located on one of the main access roads leading into Madrid. Immersed in a peri-urban and disconnected landscape, it is the imposing bell tower – in white concrete filigree – that situates the building in its urban surroundings, serving as a landmark and a visual reference point.
The central element is the church, with a peculiar form that responds to a reflection on religion (Fisac was very religious) and how it translates into the liturgical space: with a floor plan in the shape of an asymmetrical hyperbola, the altar is located in the narrowest central area, separating and totally isolating the conventual community from the worshipers. The architecture of the church is simple and restrained. In the interior, it is worth remarking the thoughtful treatment of natural light, which translates into a chromatic explosion due to the stained-glass windows. The views of the slender curved brick walls are uninterrupted by structural elements. The walls qualify the interior space as they are bathed by the light coming through the stained glass. On the outside, in contrast, the brick façade reveals the structure of white concrete pillars that support the roof.
The segregation of users – clearly expressed by the floor plan of the church – is the key to understanding the arrangement of the rest of the program: a series of long rectangular volumes, characterized by horizontal lines and a broadly spaced layout amid the extensive gardens. These blocks either sit on the ground or create porches on the ground floors; other times these porches – with a delicate structure in white concrete – are completely separated from the building and function like convent cloisters. On a whole, these paths organize the different circulation flows: monks, students, teachers or visitors.