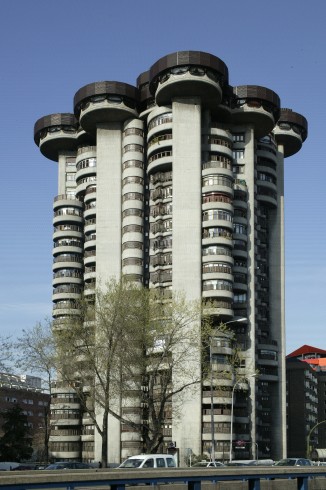 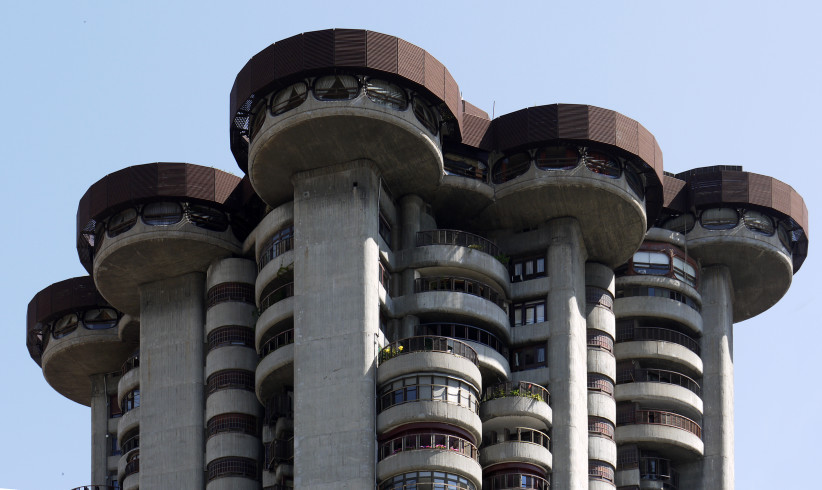 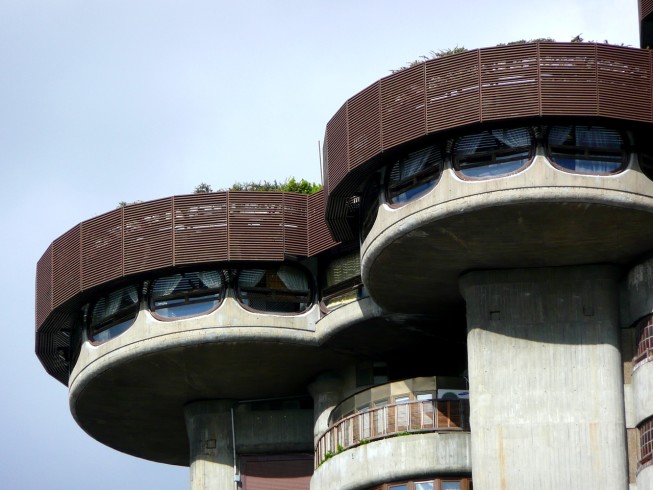 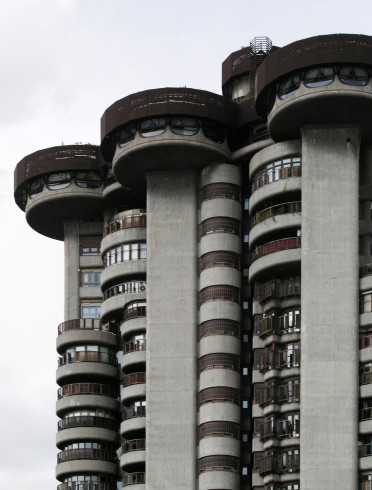 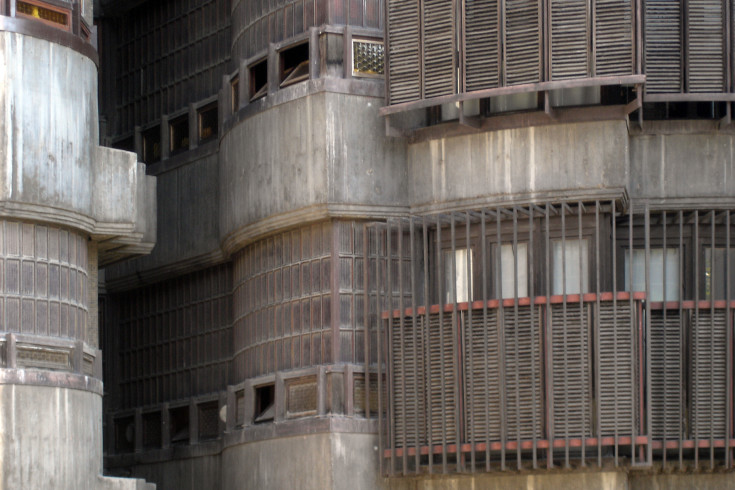 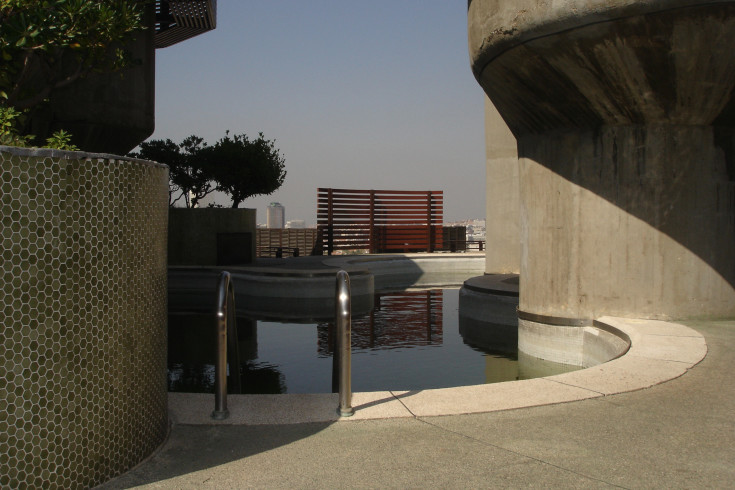 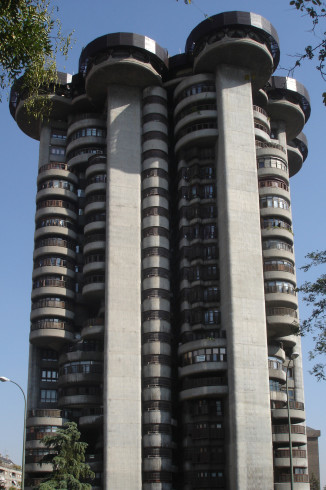 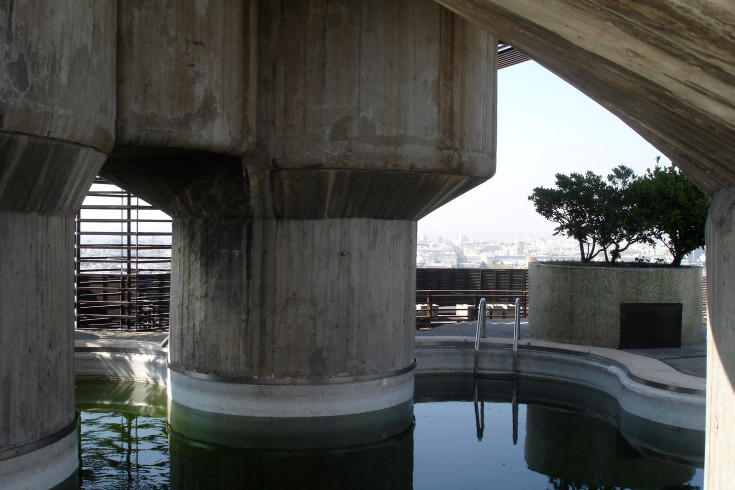 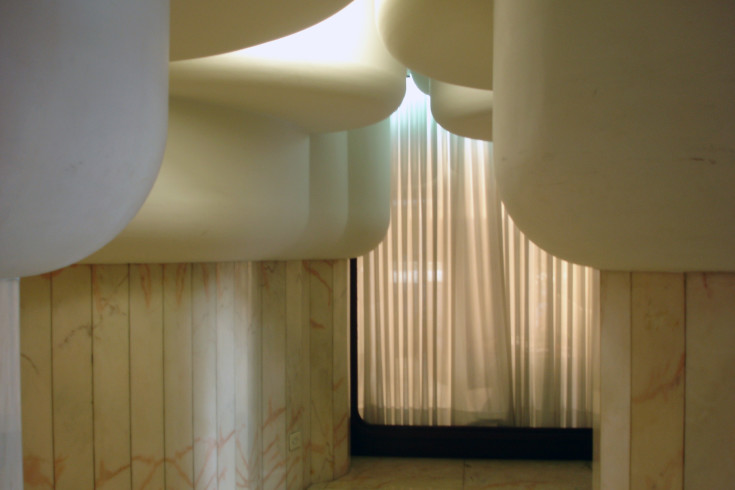 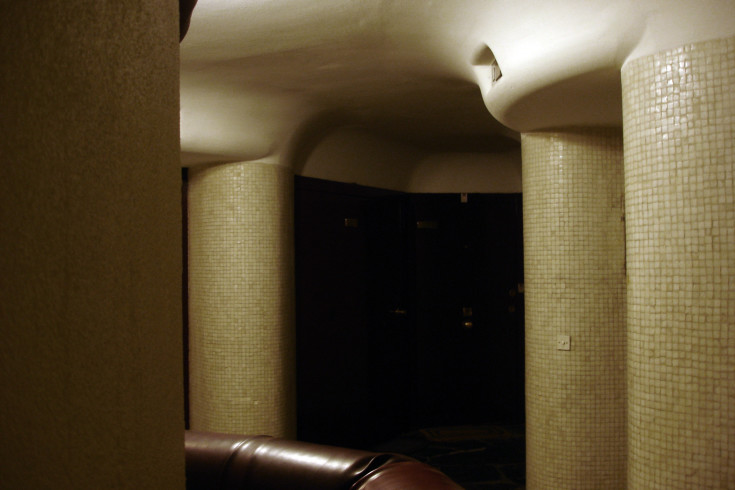 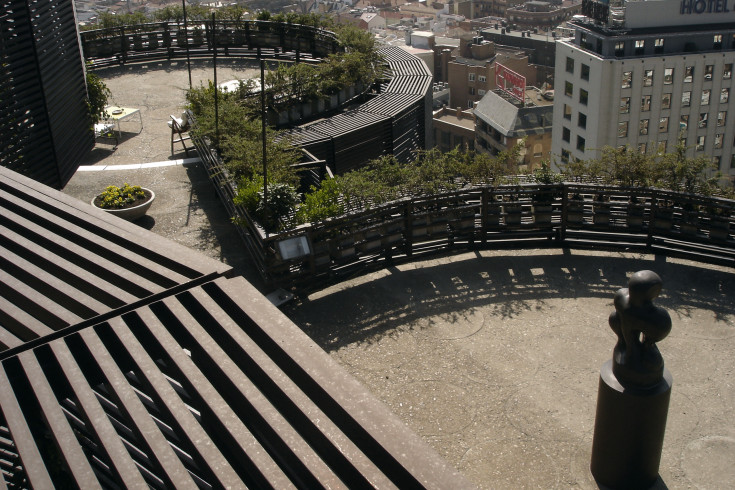 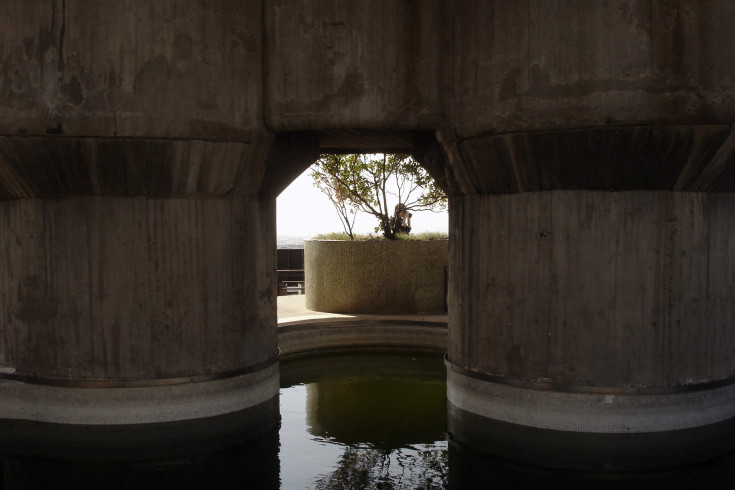 This unique apartment tower soon became a characteristic element in the skyline of the Spanish capital and brought international recognition for its author, Francisco José Sainz de Oíza. A close relationship with the developer and owner of the construction company, Juan Huarte, allowed Oíza to create a unique and experimental building that marked the beginning of what was known as the “organic phase” in Madrid, resulting in some of the best buildings of the postwar Spanish avant-garde.
Torres Blancas is a 23-story 81-meter-high building characterized by an expressionist volume made up of vertical cylinders that are expressed on the exterior as balconies, combined with opaque, continuous towers that run vertically along the building’s length. Both these elements, towers and balconies, respond to the architect’s idea of creating a building with organic growth – as Oíza himself put it, the “branches and leaves of a tree”.
The structure and façades are built with exposed concrete, all with rounded corners, combined with wooden joinery and shutters to close off the balconies. Initially, the idea was to clad the building in white stone – hence the reference to the color white (“blancas”) in the name – but the idea was ultimately dismissed for economic reasons.
The building’s structure is as unique as its volume: the floor plan – centrifugal and characterized by circular geometries – lacks any pillars. The building is held up by the walls, straight and curved, that organize the different floors. A series of circular cores house communications and building services.
Torres Blancas is a one-of-a-kind building: its highly complex design, marked by the insistent use of curved geometries, is expressed both in its volumes and in its carefully formulated public and private interior spaces, resulting in a futuristic architecture that is full of unique solutions. In short, it is a major work of 20th-century Spanish architecture.