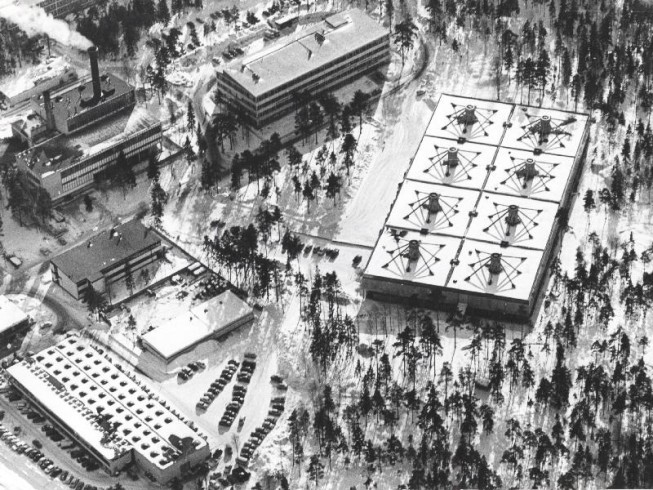 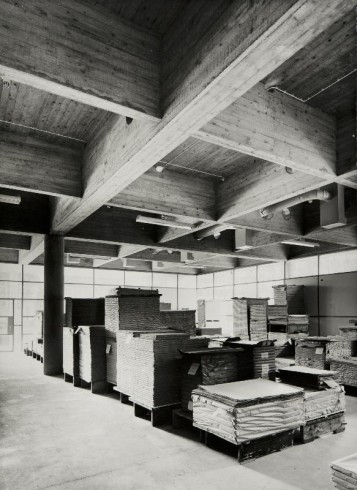 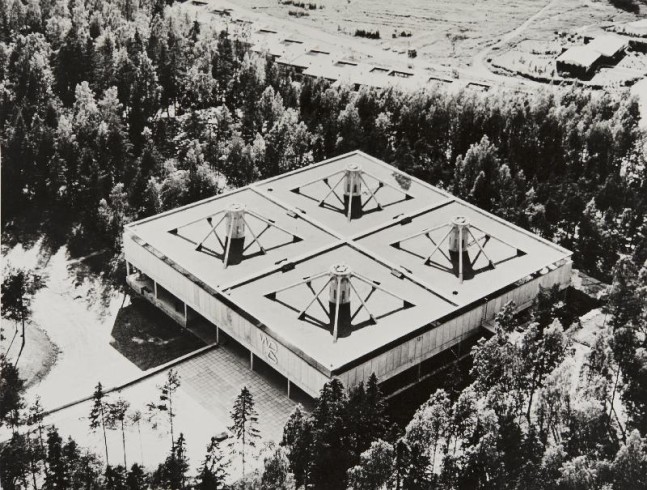 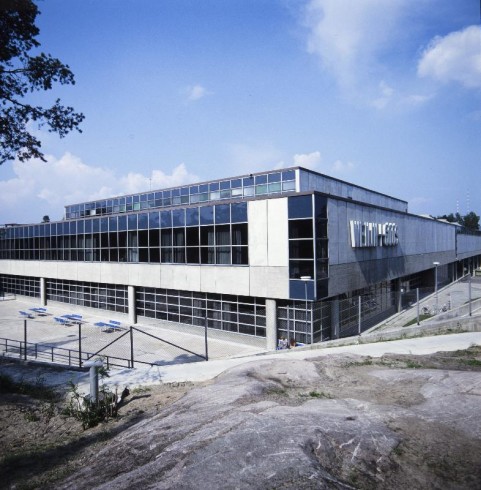 The work of the architect Aarno Ruusuvuori is characterized by complex reinforced concrete structures, combined with curtain walls and steel joinery. This building for a printing company is one of the most remarkable in his career. It is located in an industrial area of the city of Tapiola, in an area surrounded by dense pine forests. Despite its large scale and its Brutalist aesthetic – which expresses its unique concrete structure – the volume is delicately placed on the site: with minimal topographic alterations, it respects the trees and the masses of stones on the site and generates a clearing in the forest that takes advantage of the surroundings by giving the workspaces views onto the landscape.
The Weilin & Göös printworks is a modular building, and its current configuration is the result of two successive expansions: initially the building consisted of four modules, and it was eventually expanded to include eight. The structure of each of the modules – measuring 27 m on each side and two stories high – is entirely independent. In each one, a wide central pillar rises past the level of the concrete roof, which it supports with the help of inclined braces, visible from the outside. This generates an open interior space on the top floor, suited to large printing machinery, along with a façade, made of glass and concrete, characterized by total compositional freedom. The top floor slab, on the other hand, is held up by a conventional network of pillars due to the weight of the machinery it needs to support. The administrative uses, entirely compatible with this structure, are located on the ground floor, which opens onto the landscape.
After the end of its industrial activity, at the beginning of this century, the building was acquired by the local government and is now used for cultural programming.