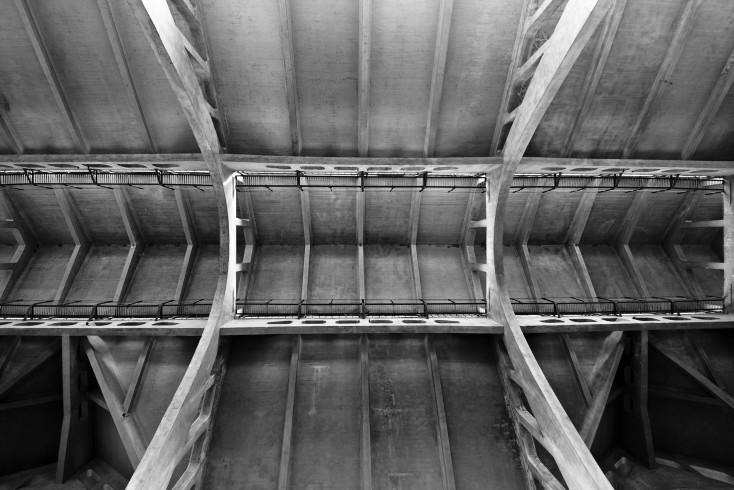 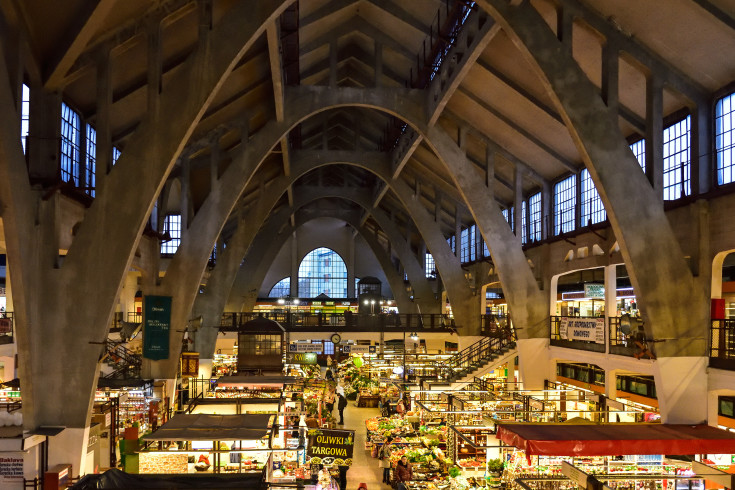 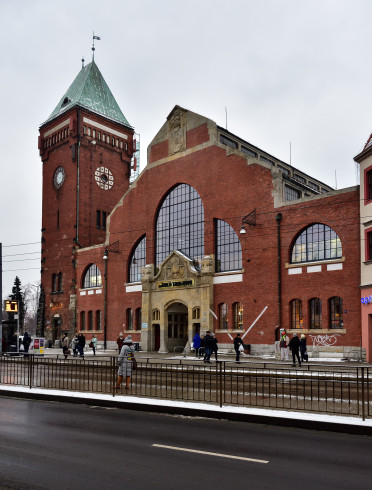 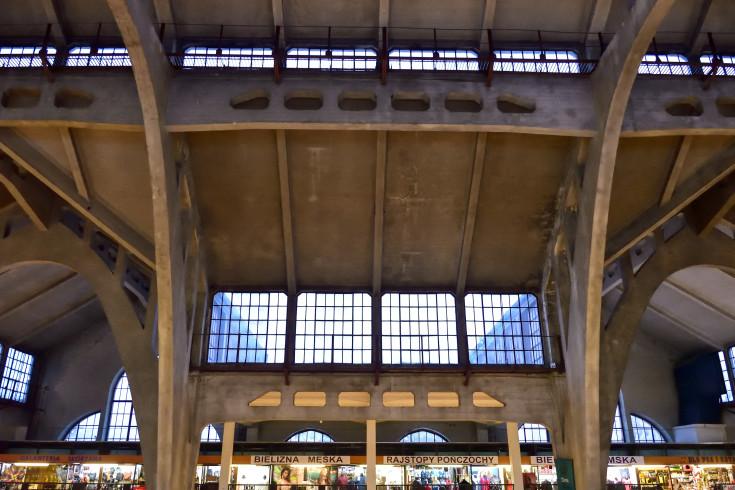 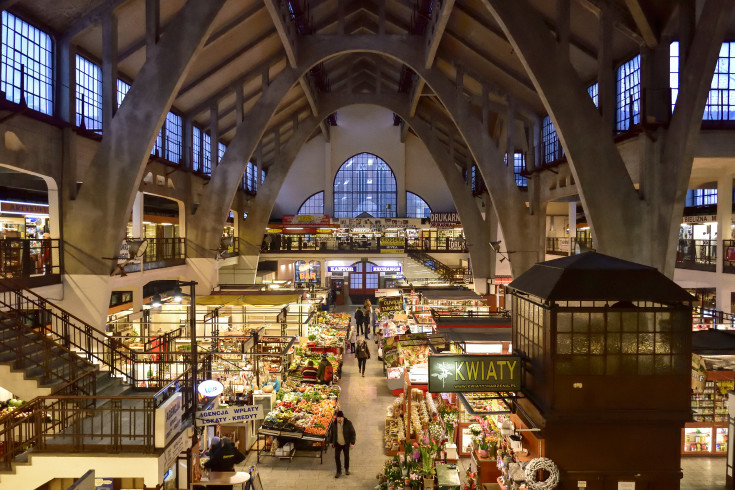 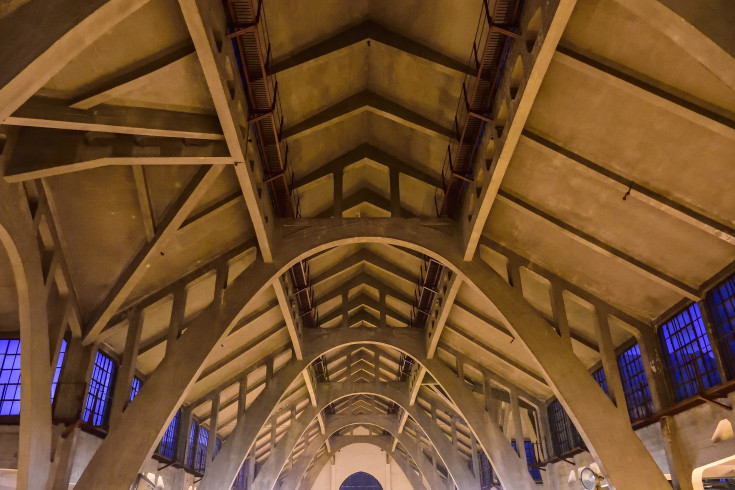 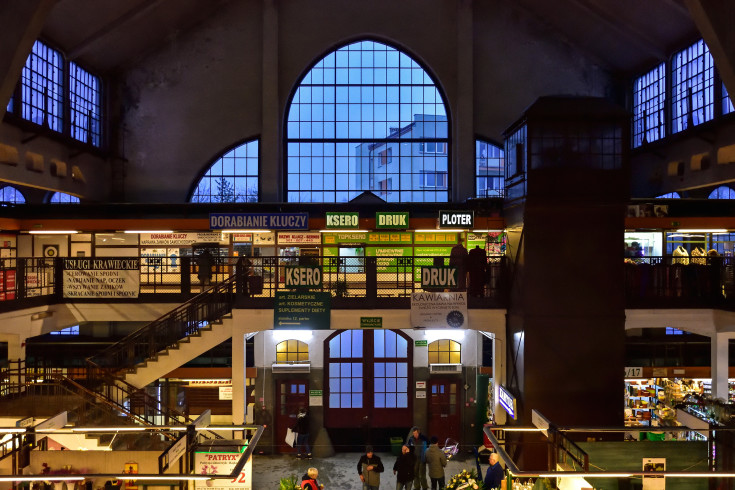 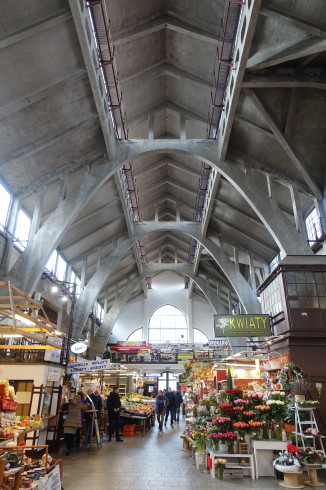 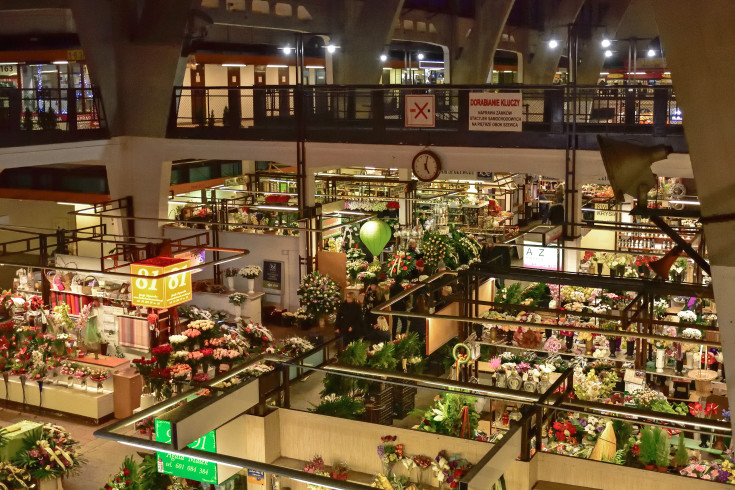 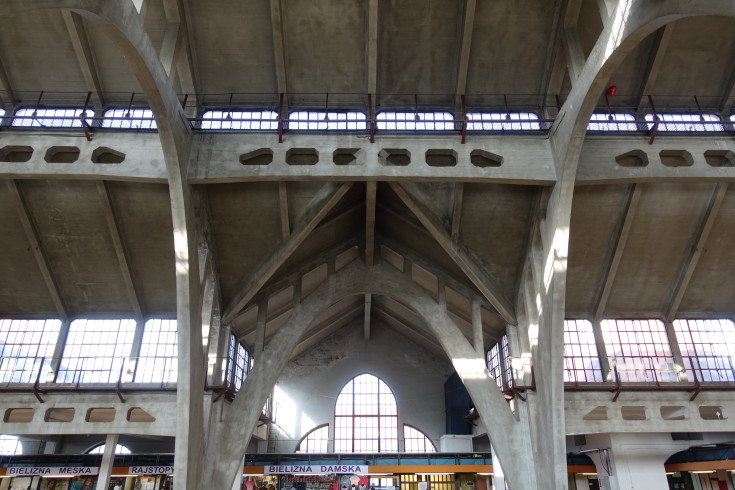 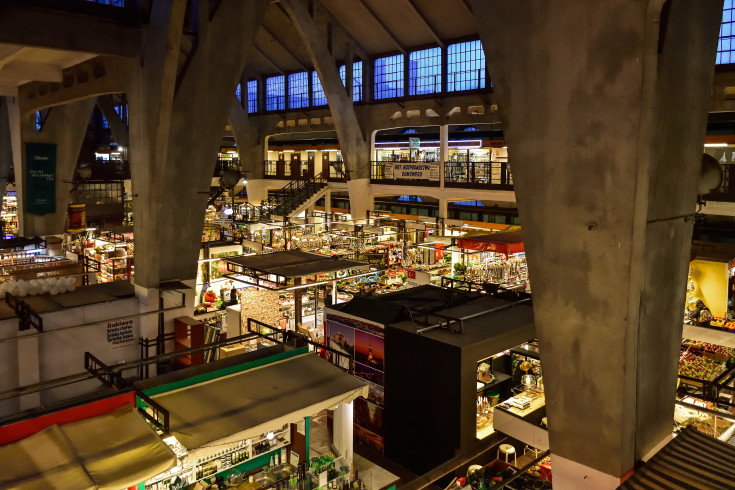 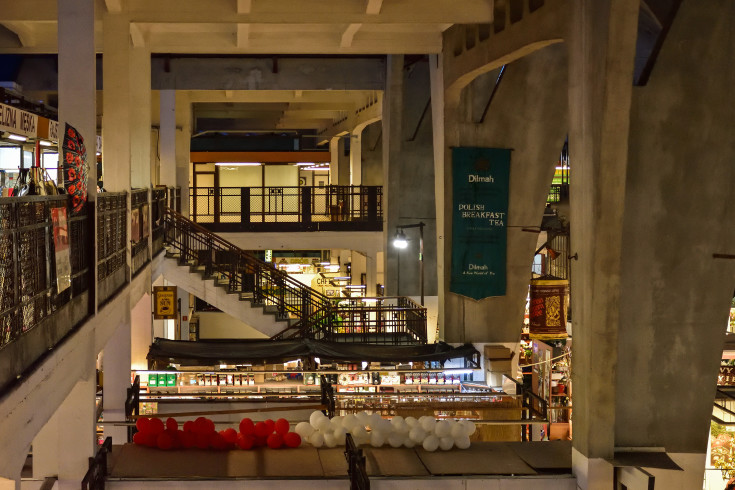 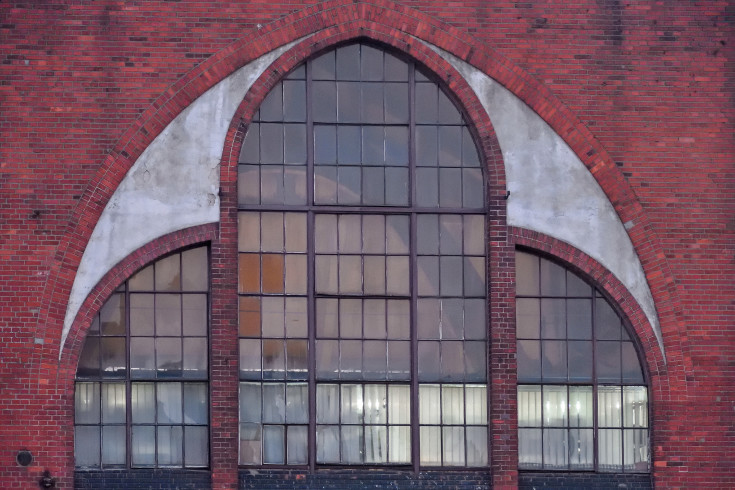 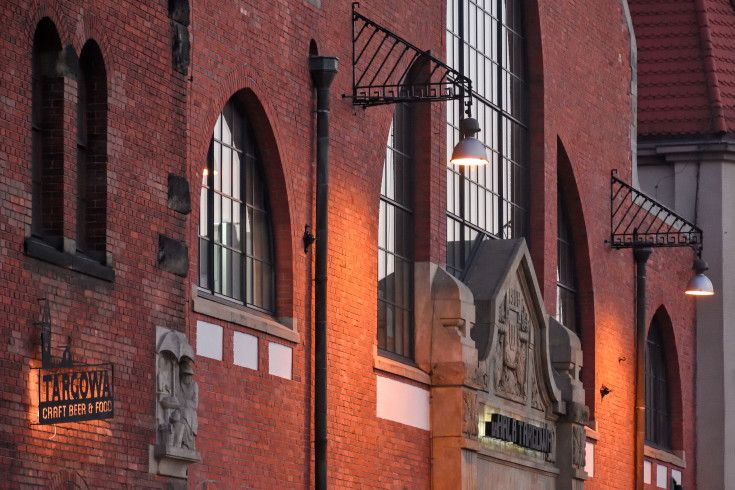 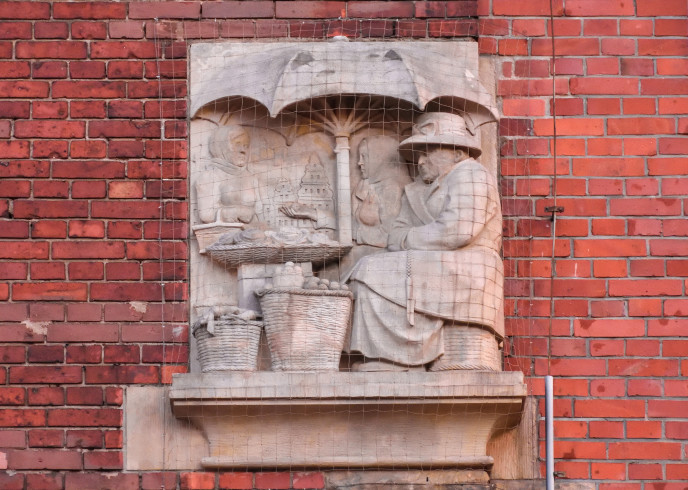 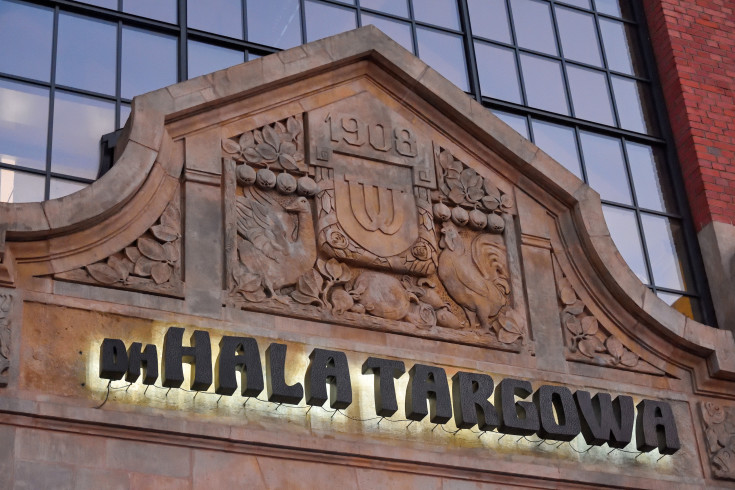 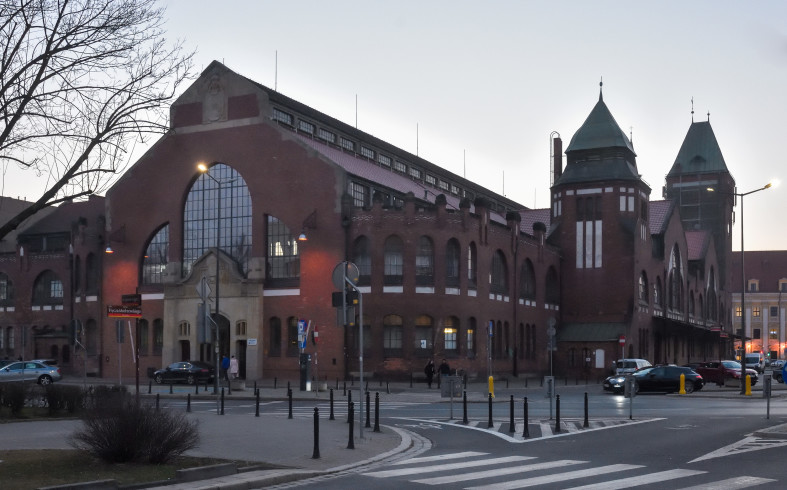 Built around 1908, the building’s colourful façade is in line with the historicist styles prevailing at the time and imitates the architecture of the impressive historic town of Wrocław: red brick façades, a steep gable roof and a lively mix of volumes that includes towers and domes. This exterior appearance, blending into its surroundings, hides a radically modern interior that can only be intuited in the large windows, which hint at a contradiction between the architectural style and the building technology.
Upon entering the building, we find a bright, wide open space, supported by parabolic diaphragm arches made of reinforced concrete. Unlike later examples of constructions using concrete ribs, in this case the exterior section of the building takes precedence over the form of the interior structure: the parabolic arches are topped by another structure, also made of concrete, which adapts the geometry of the interior structure to the exterior volume.
The hesitant use of the concrete construction technology and the lack of confidence in its expressive capacity are coherent with the period in which the building was designed and, it follows, with its pioneering and experimental character: just two years earlier, concrete bridges had been built in Switzerland and France, but the transfer of this technology to the field of building construction had yet to take hold. Only four years later, in Wrocław, a building was put up that marked a milestone in the development of the reinforced concrete construction technology: the Centennial Hall.