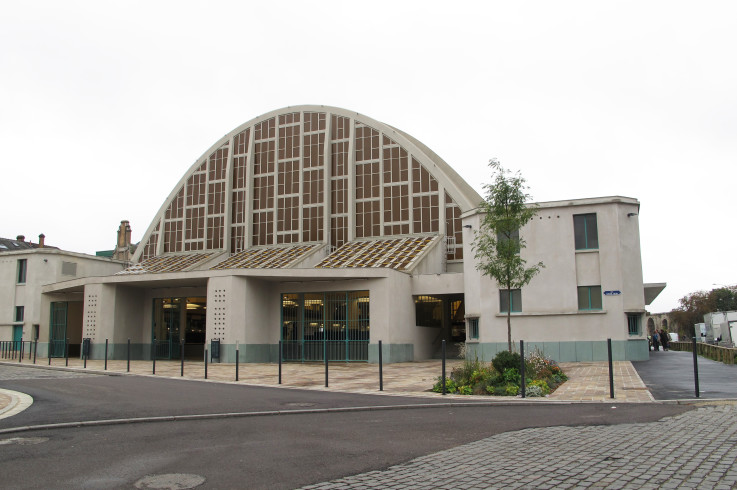 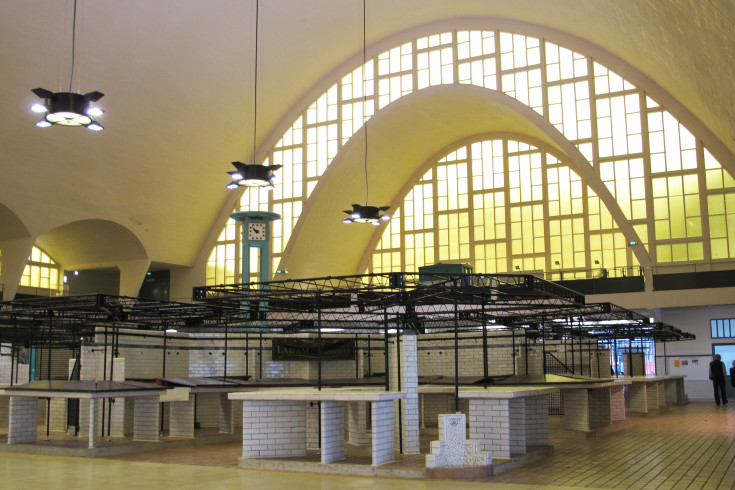 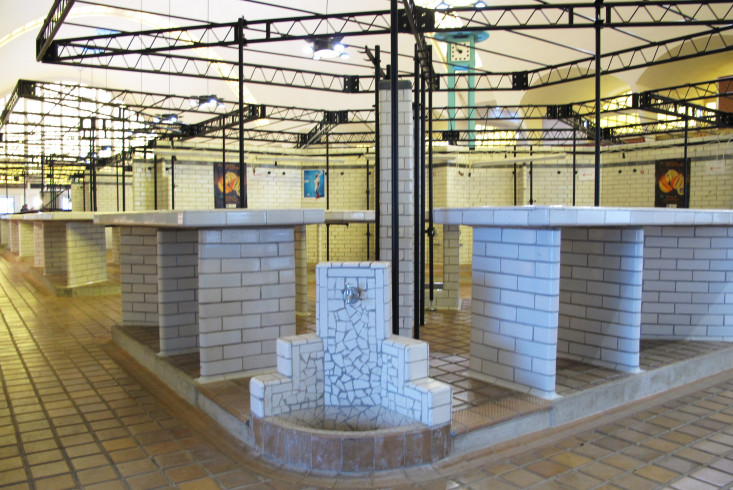 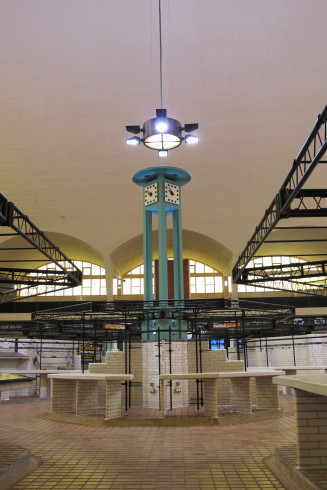 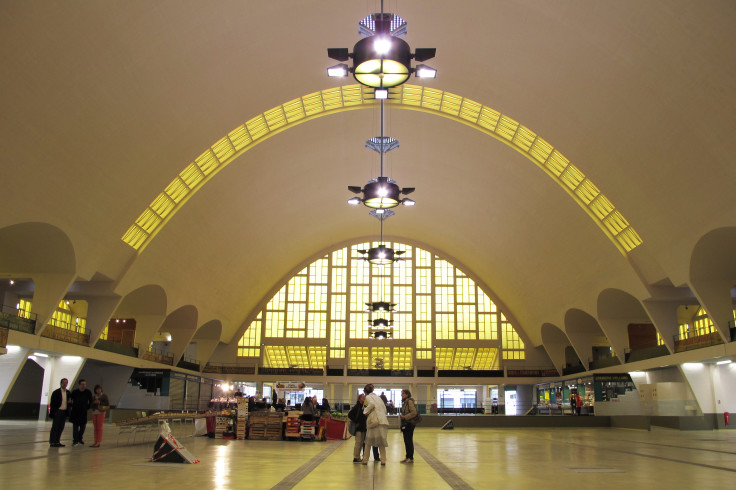 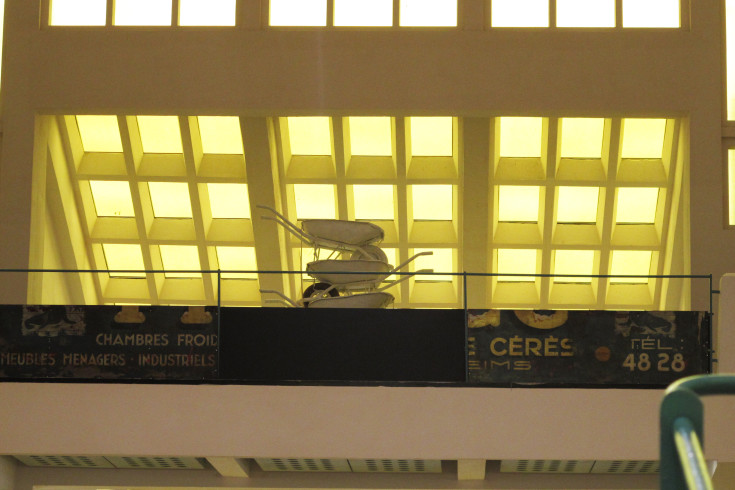 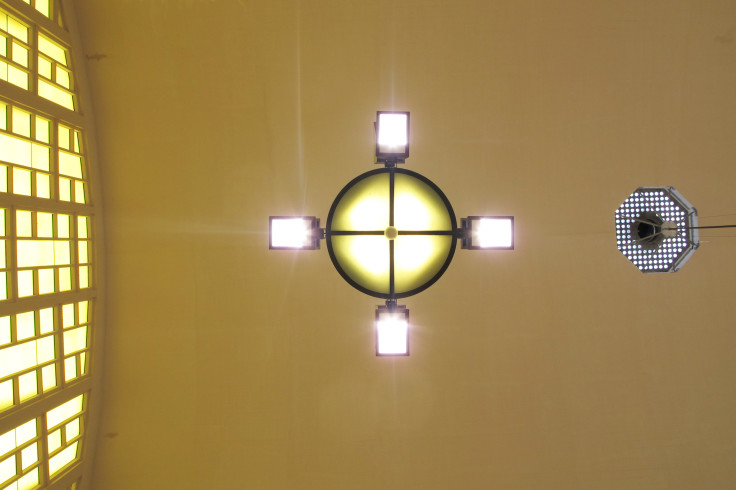 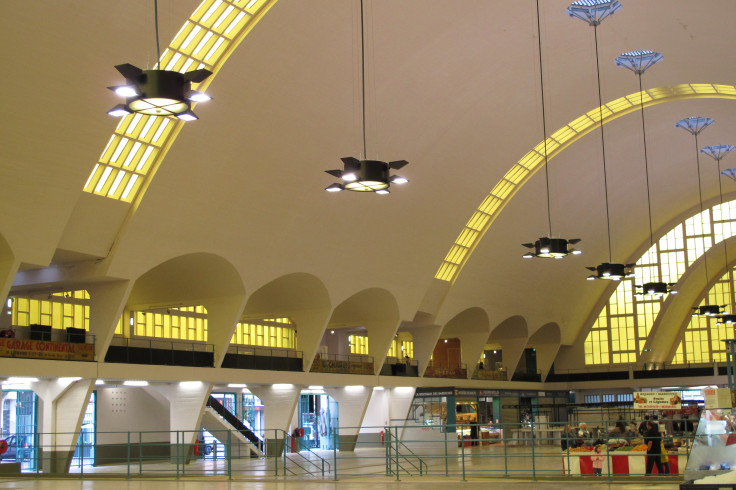 The market typology – along with railway stations – provides some of the most representative examples of 19th-century iron architecture, widely used in France. Les Halles de Boulingrin is one of the first examples of how the market typology was adapted to a different material – concrete – which offered new possibilities and, consequently, the opportunity of creating a new spatial quality. The commission for Reims consisted in covering over a large space meant to house the market stalls, so an open, unobstructed space was required.
One of the people in charge of the project, the engineer Eugène Freyssinet, is known as one of the inventors of prestressed concrete, which was used for the first time in 1928. As a civil engineer, he built bridges using innovative and daring techniques, but it was his design for the immense airship hangars in Orly, since demolished, that served as the precedent for the market in the city of Reims.
Émile Maigrot and Eugène Freyssinet won the competition for the building in 1922. They proposed covering the space with a very thin reinforced concrete “shell”, just 7 cm thick, and a large vault with a parabolic section. At both ends of the vault, two large windows let natural light into the interior, which is complemented by bringing in light from the sides and the top.
The building, a symbol of reconstruction after the ravages of the First World War, suffered a slow decline until its definitive closure in 1988. The experimental and innovative nature of the structure led to serious conservation problems. It was only saved from demolition in extremis as a result of its declaration as a National Monument. A successful (although extremely complex and expensive) restoration process, which concluded in 2012, managed to return the building to its original appearance.