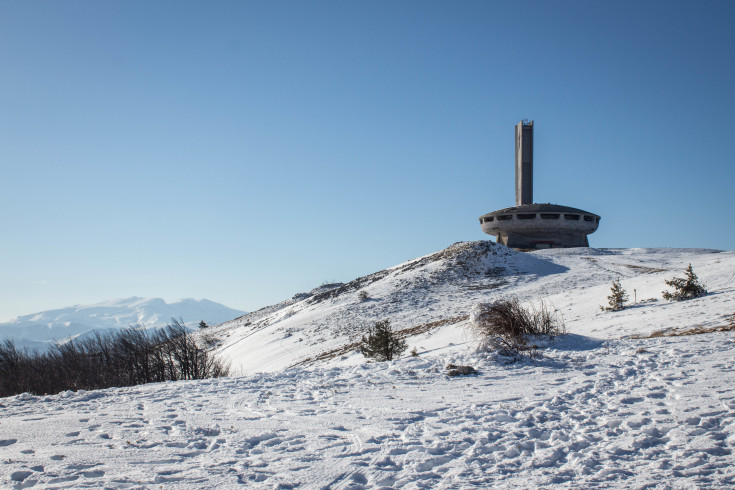 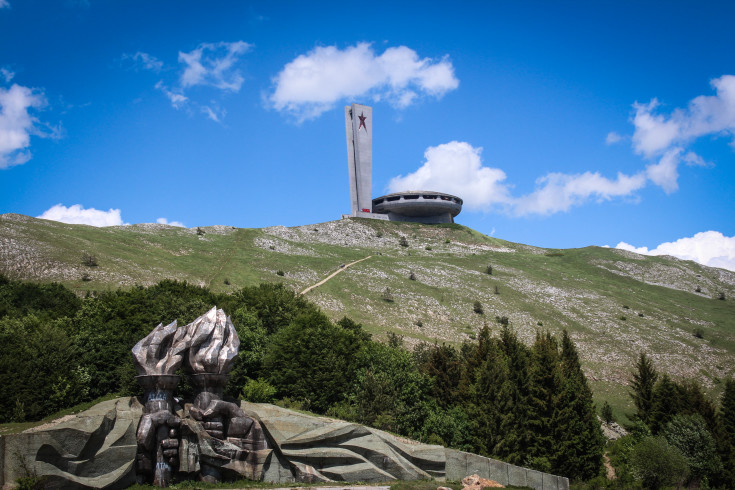 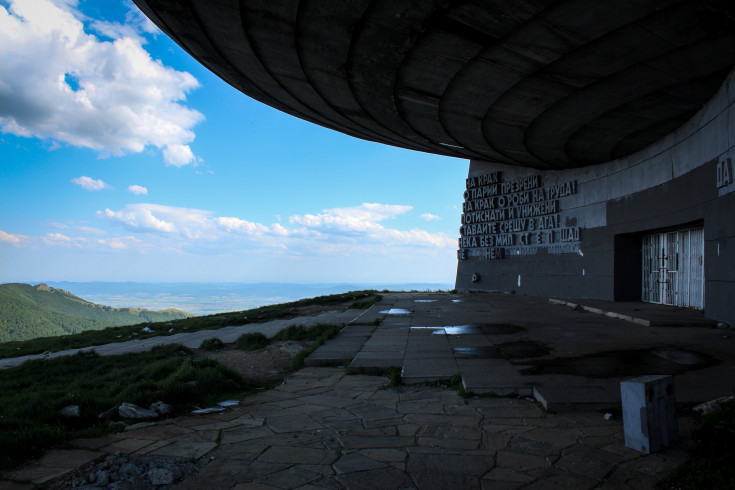 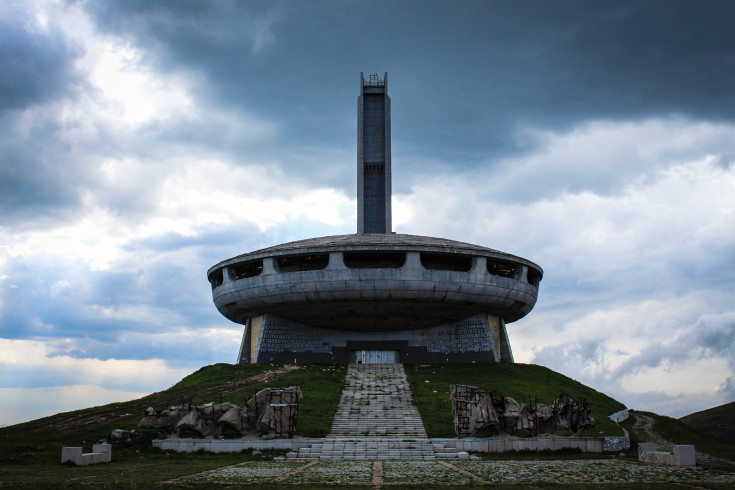 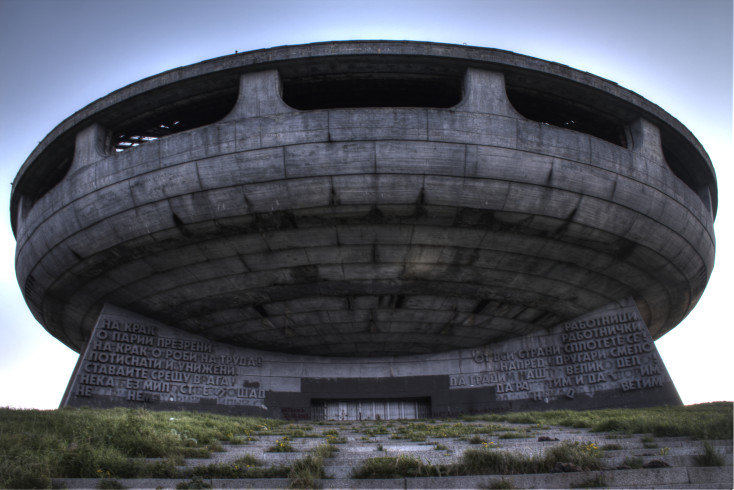 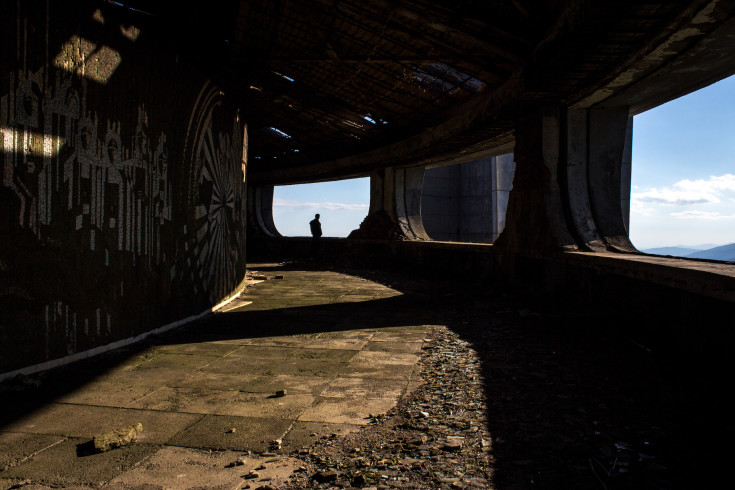 Monument of the Bulgarian Communist Party

The city of Buzludzha funded this monument to the Bulgarian socialist movement, opened in 1981. A decade later, after the country’s transition to democracy, it was forgotten and abandoned, eventually falling into its current state of ruin.
The monument sits atop a hill that was the site for important events in Bulgarian history: the death of a national hero in the wars against the Ottoman Empire; an important battle during the Second World War; and the founding of the Bulgarian Workers’ Social Democratic Party in 1891. As a result, a program associated with memory has always characterized this strategic enclave in the center of the country, with numerous monuments scattered around the area.
There were a series of different designs for the definitive monument, which was to sit at the top of the hill. Finally, in 1971, Georgi Stoilov was commissioned to adapt an initial proposal he developed in 1961 to include spacious and climate-controlled interiors to welcome visitors and provide protection from the extreme local winters.
Stoilov designed a monument that was intended to be timeless: referencing both classical architecture, like the Pantheon in Rome, and futuristic forms. The operation involved lowering the peak of the hill about nine meters and replacing it with a structure of the same height (an inverted concrete dome topped with a steel cuppola), accompanied by a 70-meter tower.
More than 6,000 volunteers participated in the construction, for which 15,000 m3 of stone was removed, and more than 70,000 tons of concrete were added for the base of the building and the tower. The dome was built using a metallic structure. Finally, a team of 14 artists covered the interior with large allegorical mosaics.