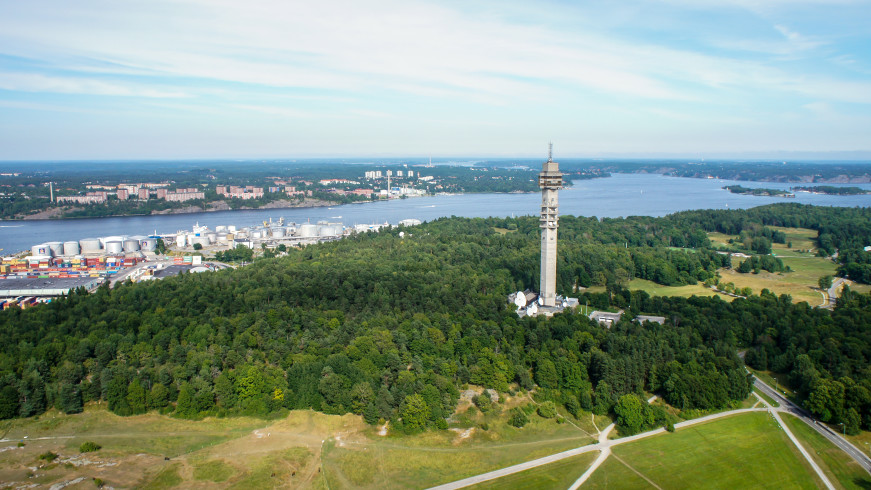 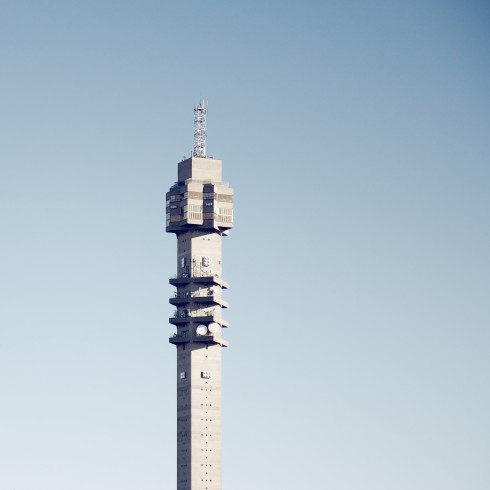 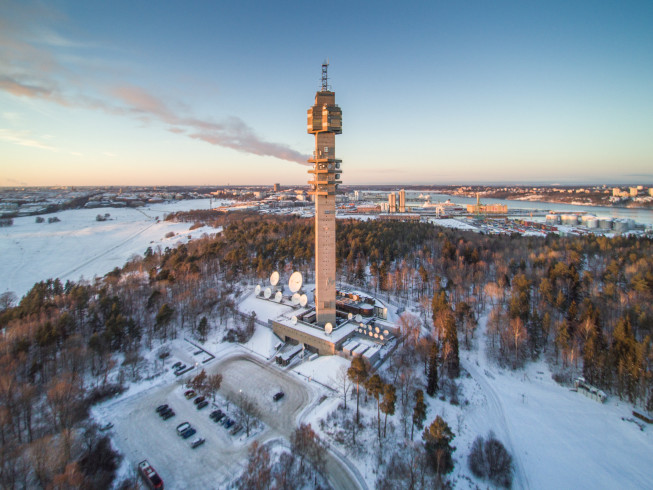 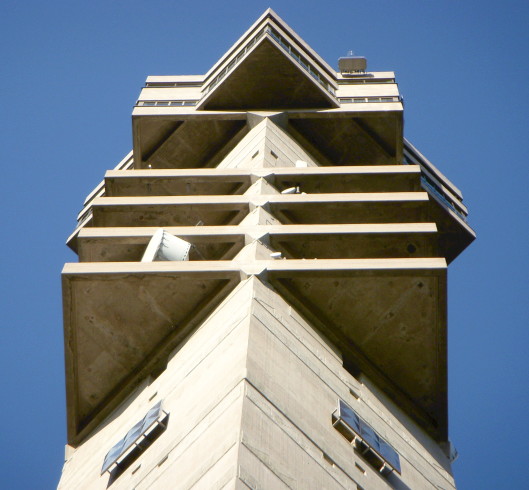 This 155-metre-high 34-story concrete tower is the main telecommunications antenna in the Stockholm area. It was built between 1964 and 1967 by the only radio and television station in the country at the time, in a peri-urban area called Kaknäs, surrounded by forests and known for its archaeological sites. From the outset, it drew tourists for the privileged views it offers over the Swedish capital and its archipelago.
The tower, built entirely in exposed concrete, is noteworthy for its articulation of geometric forms: a square-shaped shaft is twinned by a series of flat planes, with square floor plans rotated 45 degrees. The top section rises like a capital to house leisure programming, including a panoramic restaurant, making use of the tower beyond its function as an antenna. Although the tower is still fully operational, the public part of the program has remained closed since 2018.
A detailed look at the concrete finishes clearly shows the interior structure, delicately revealing, on the outside, the section of the beams that form the interior floors.