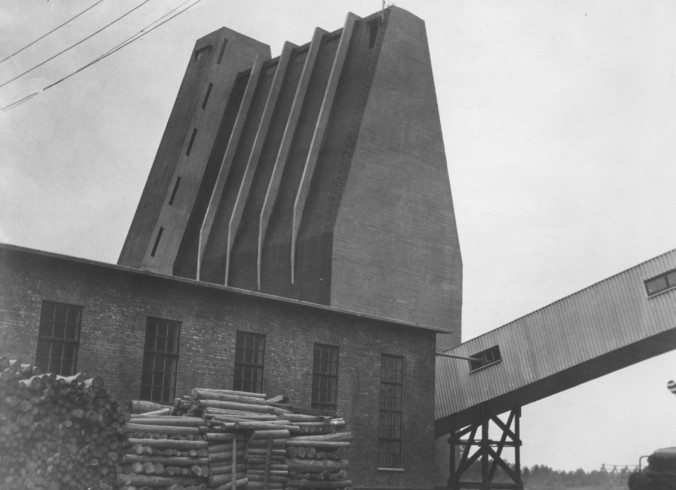 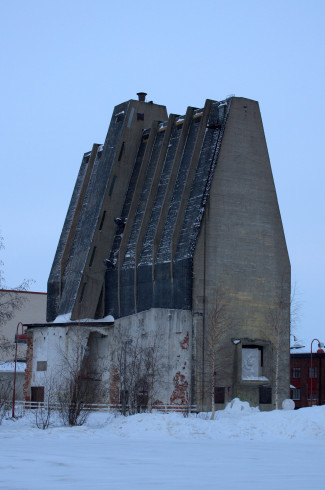 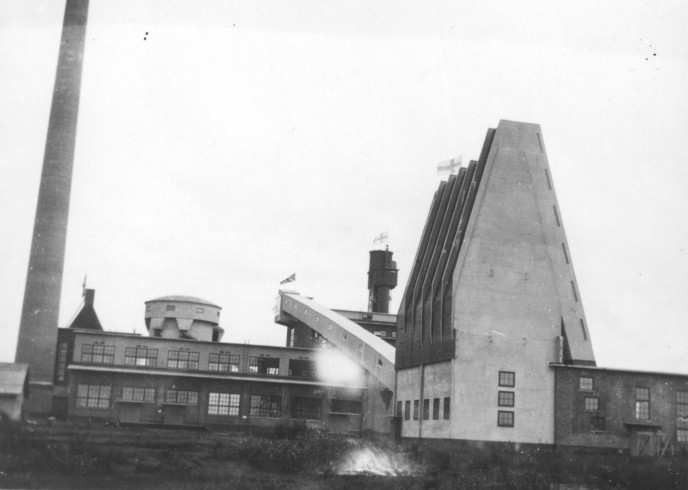 This paper mill for the company Serlachius is a little-known work by the renowned Finnish architect Alvar Aalto and one of his first commissions for an industrial building. The complex, built in the early 1930s, included all the buildings and facilities necessary for the manufacture of cellulose. Some of them, of little architectural value, were torn down after production was halted in 1980. Fortunately, others, such as the building for drying wood chips pictured here, have survived to this day.
It is a small building which stands out for its architecture, despite its industrial purposes. The shape of the steep gabled concrete roof, truncated at the top, satisfies the functional needs of the industrial production process, while generating a characteristic profile: its form – which Aalto called “organically functional” – is emphasized through the expression of the constructive and structural geometry, taking the form of delicate concrete ribs on the exterior surface.
Bright colors, now gone, once enlivened the exposed concrete surfaces of the exteriors and elements of the building systems, such as pipes or fans. Since the factory was shuttered, the silo, pending renovation, has housed cultural uses.