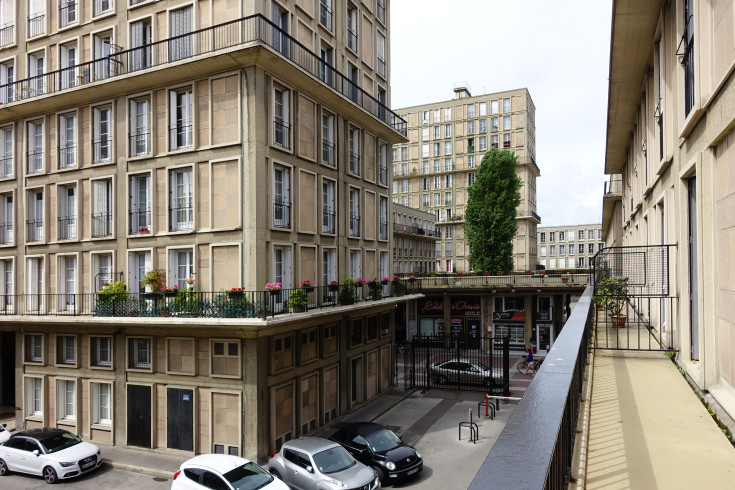 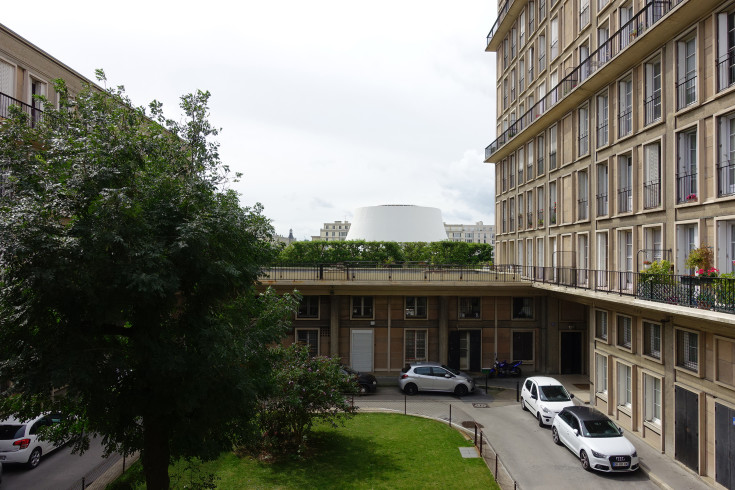 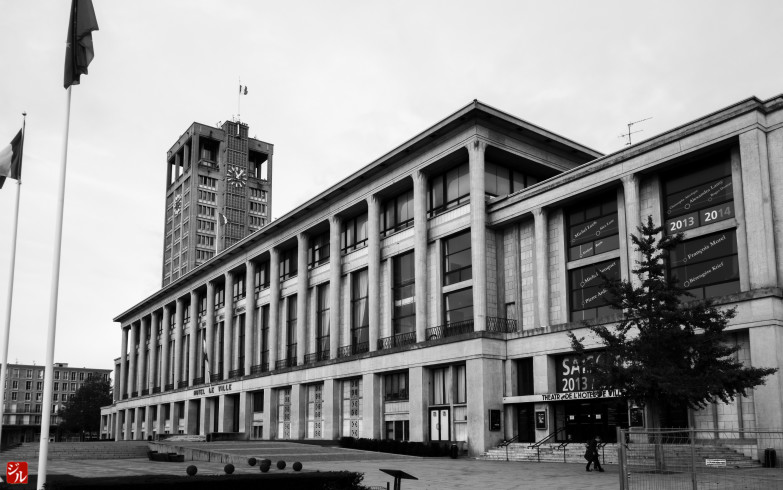 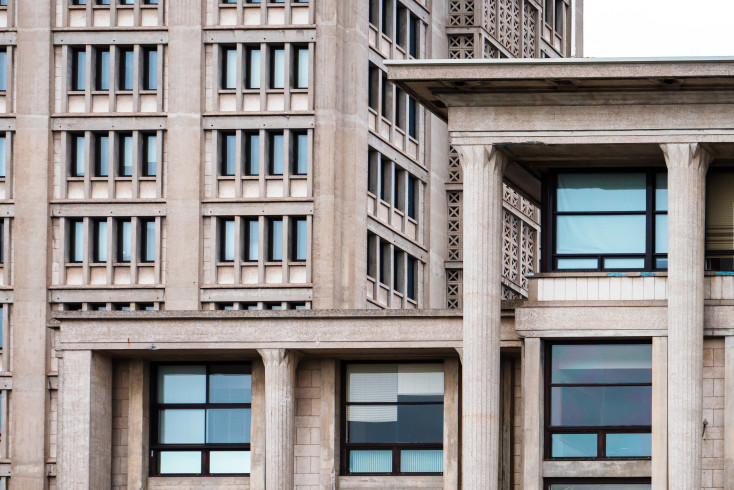 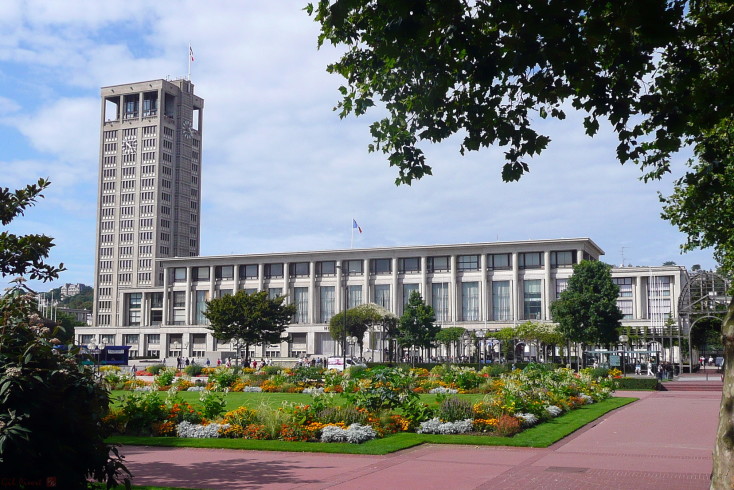 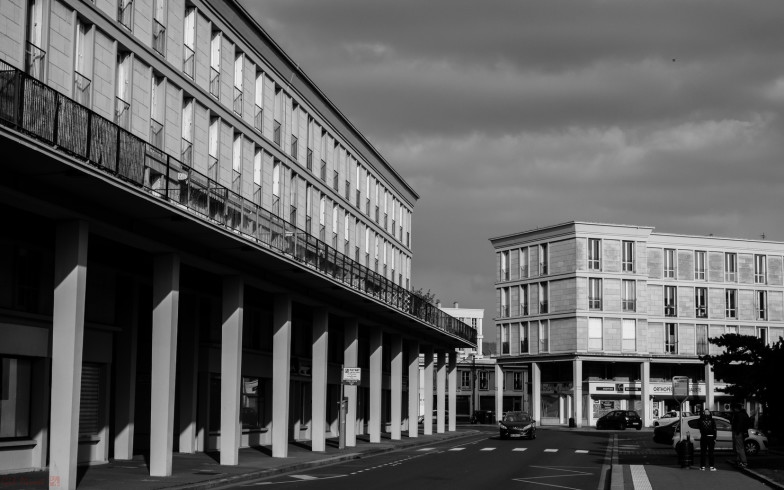 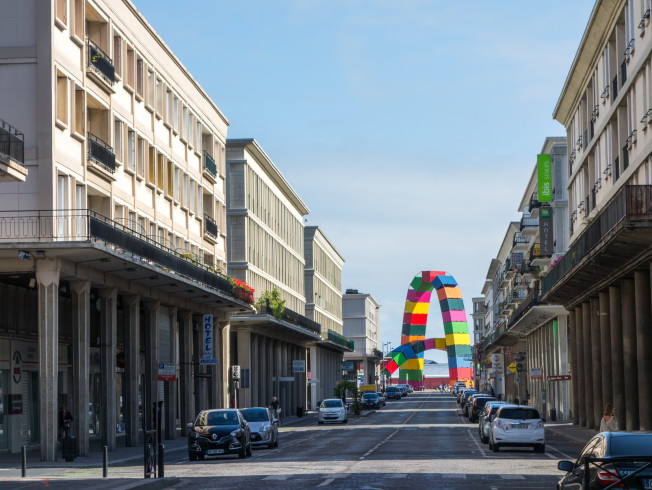 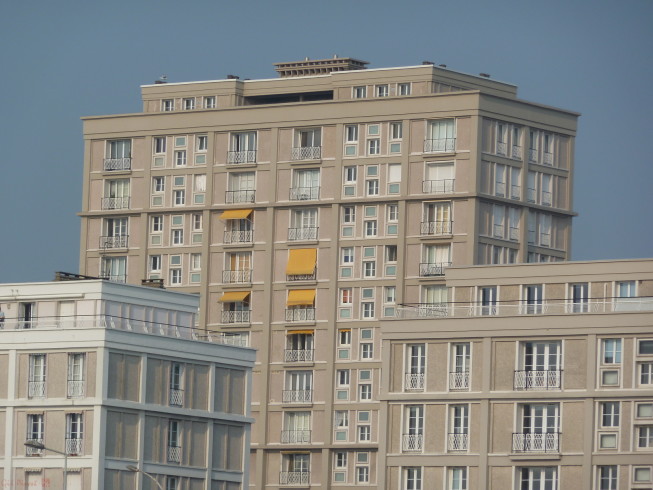 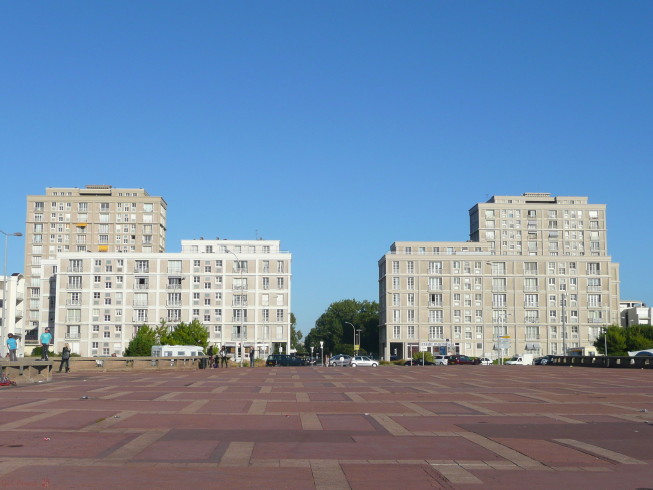 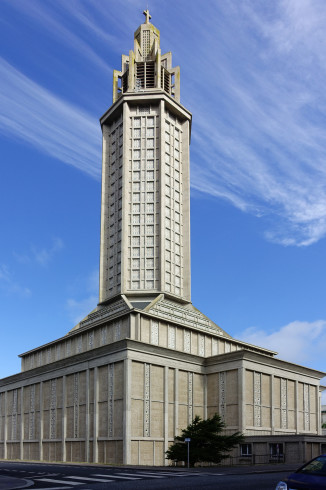 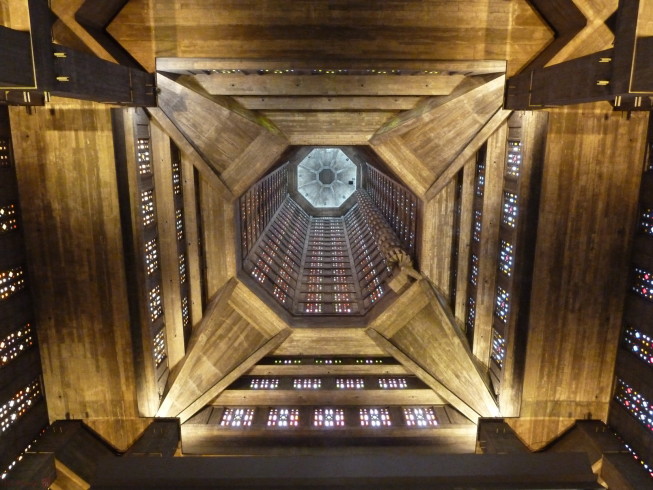 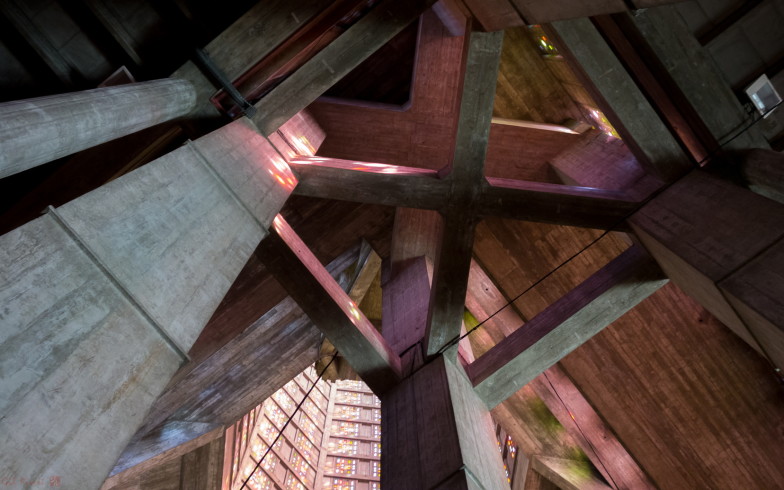 The city of Le Havre, capital of the French region of Normandy and a strategic port on the English Channel, was subject to heavy bombing during the Second World War. This compounded significant damage that had occurred during the First World War, from which the city had not yet fully recovered. As a result, when it came time for reconstruction, the “tabula rasa” approach – building a new city from the ground up – was seen as the only viable option.
The reconstruction was carried out under the direction of Auguste Perret, a pioneer in the use of concrete in France, who by that time had reached a very advanced age. The reconstruction was completed with astonishing speed, from 1956 to 1964, and it represented the definitive consolidation of the potential of concrete as a construction material on a large scale. Its versatility, the possibilities of prefabrication and industrialisation, the production systems and availability of cement, along with the speed of implementation on site were all put to the test. Numerous teams of architects were responsible for constructing fragments or entire buildings in the new city.
The approach, in terms of urban planning and architecture, was both pragmatic and monumental: the urban layout is characterised by wide avenues and boulevards, with singular buildings at the ends, broad open spaces, with pedestrian streets, squares and gardens, long continuous façades and volumes that generate compositional balances. As for the architecture, the stylisation of classical forms (with many constructive and decorative elements made from prefabricated concrete) manages to create an urban environment that is similar in appearance to the characteristic French expansions designed by Haussmann.

Église Saint Joseph and Hotel de Ville
These two buildings were designed by Perret himself. While the architecture of the city council building is coherent with the rest of the city, the church is considered the city’s most unique building. With its high lantern tower, resembling a lighthouse, the church serves as a landmark in the urban landscape. The tower, and most of the interior, resemble a large latticework where béton brut is combined with stained glass, achieving a lightness and evanescence that has earned it a comparison with Paris’s Gothic Sainte-Chapelle.

Porte Océane
Porte Océane, or “Ocean Port” is the popular nickname for the city of Le Havre. In Perret’s design, this metaphor is materialised in the urban form of one of the city’s most characteristic new elements – a large urban mise-en-scène with a symmetrical classical composition, intended to be viewed from the sea: two residential towers surrounded by ample public spaces flanking the head of the city’s new main avenue, generating a symbolic gateway to the city from the sea.

Rue de Paris
Despite the city’s new layout, the position of this street, the most lively and crowded street in Le Havre, remained exactly the same. The memory of the old archways is reflected in the new architecture, where a monumental two-story portico encourages walking and commerce.
Other notable urban elements in the reconstruction of Le Havre include: l’Avenue Foch (the city’s main circulation artery), the Front du Mer Sud (the seafront) and the Quartier Saint François.

The reconstruction of Le Havre was declared a World Heritage Site in 2005.