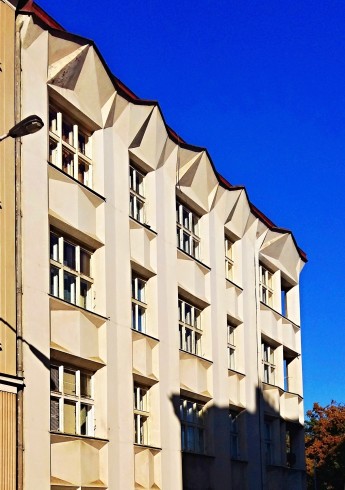 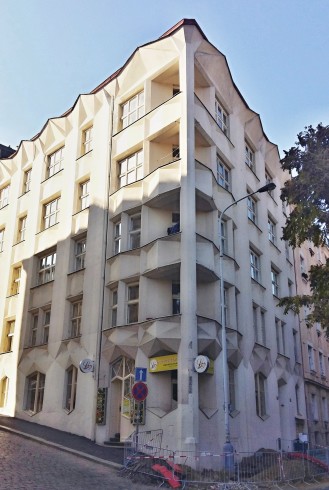 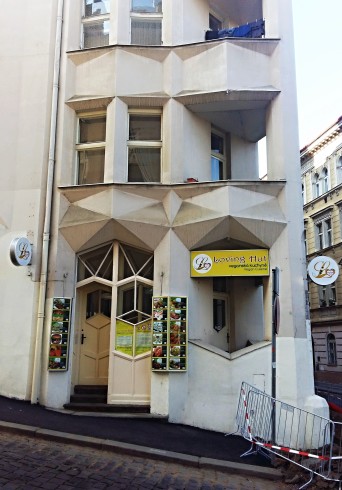 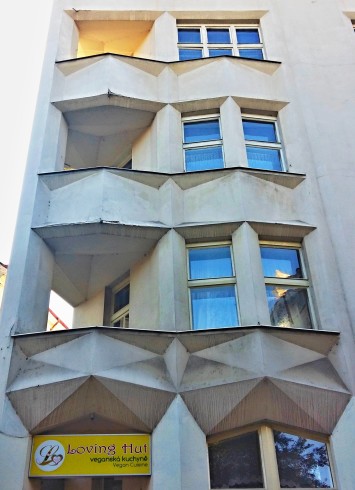 The buildings by Josef Chochol, characterized by their façades with faceted and triangulated geometries, have been referred to as “cubist architecture”. Although the term “cubist” is often used somewhat haphazardly in the context of architecture, alluding to authors and works from different periods, unrelated to the artistic movement from which the name is taken, in this case it corresponds to the activity of a small group of architects, considered to be members of the artistic movement called “Czech cubism”, a local expression of the artistic movement created by Pablo Picasso.
This small apartment building concentrates its innovations in the formal and constructive resolution of the façade: based on a reinterpretation of the elements of classical composition, it harnesses the structural and aesthetic qualities of reinforced concrete. The approach to the corner distills much of the building’s expressiveness. It resolves the access to the apartments, on the ground floor, and generates a terrace for the upper floors. The rest of the structure fits the typical bearing walls' distribution. Because it has two façades with different orientations, and due to the play of light and shadows that is accentuated by its unique geometry, the building takes on a changing and dynamic appearance throughout the day.
Although Chochol’s work is attentive and active in relation to artistic movements, it does not presage modernity in the distribution and structure of the interior spaces. However, his formal research into the composition of façades did help incorporate innovations into the local building tradition that tied it in with contemporaneity, before the architecture of the modern movement distanced itself from tradition and the vernacular.