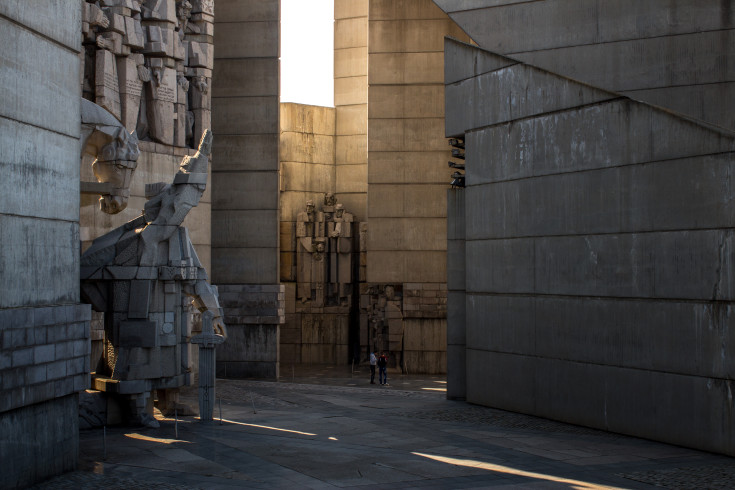 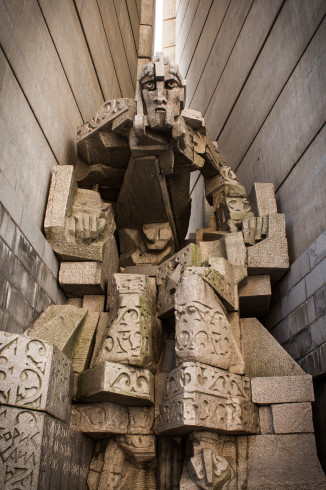 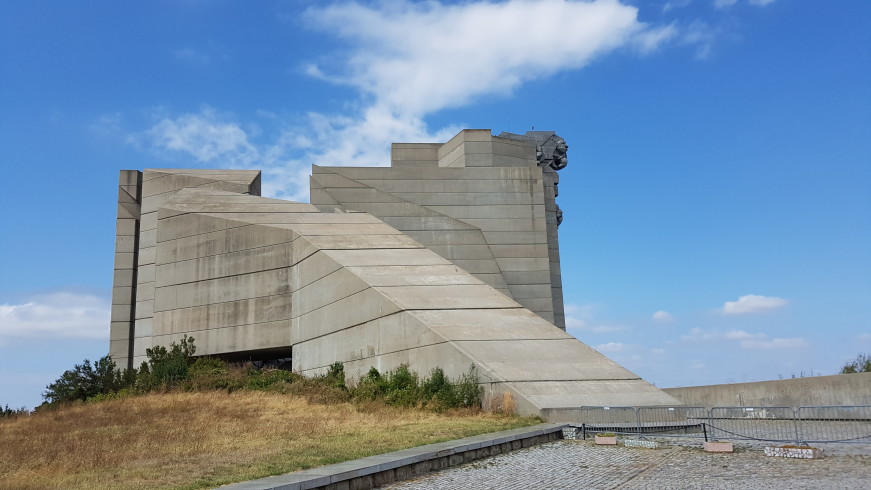 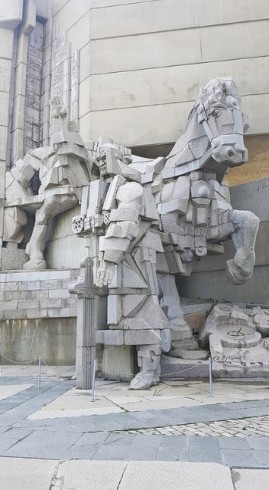 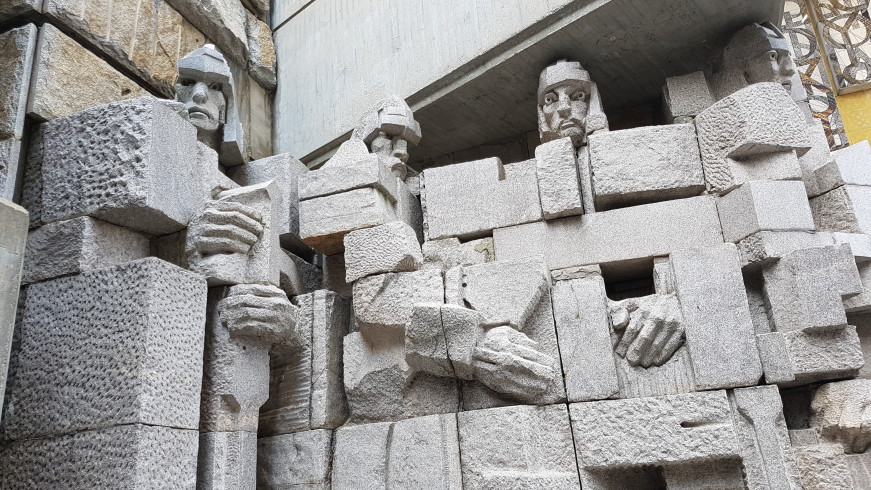 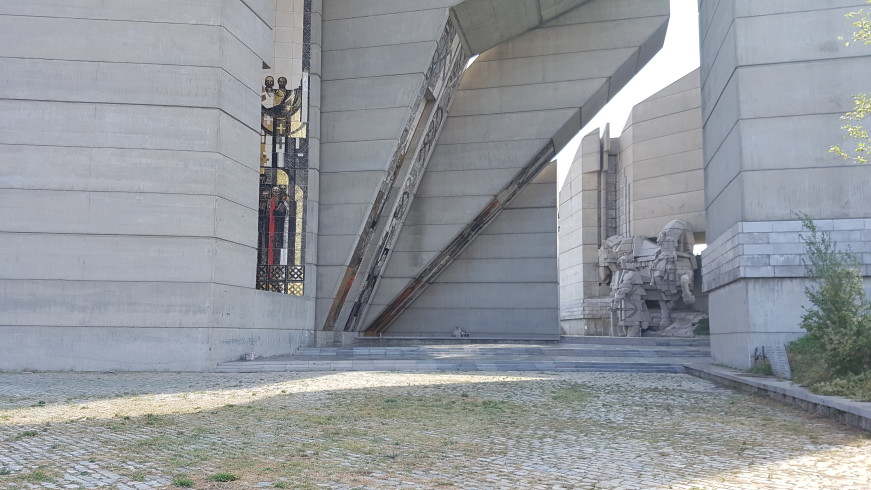 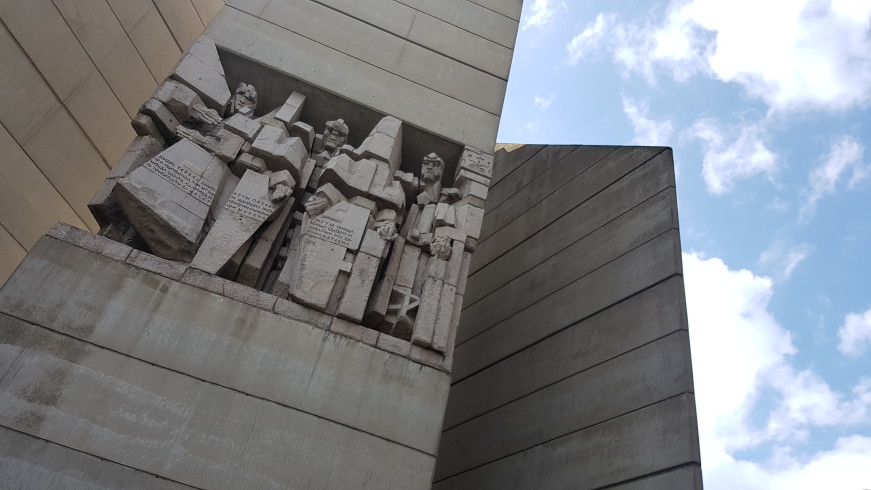 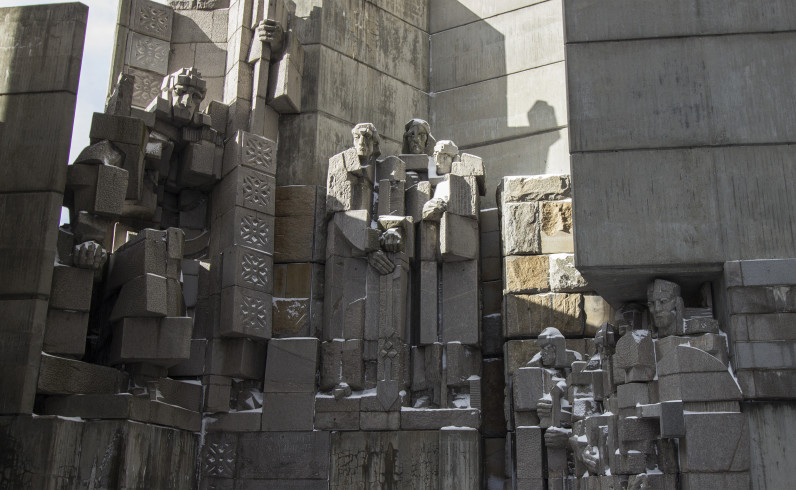 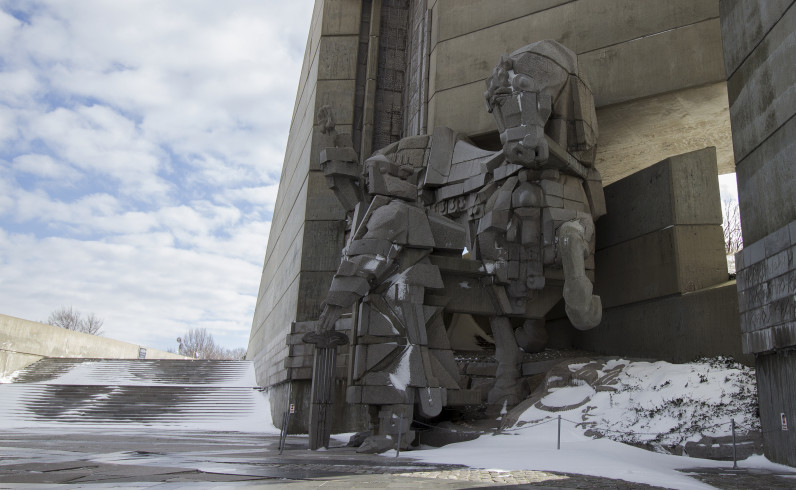 Founders of the Bulgarian State Monument

This monument was opened in 1981 to commemorate the 1300th anniversary of the founding of the first Bulgarian Empire. Unlike other commemorative spaces built by communist regimes in Eastern Europe, which were abandoned after the fall of communism, Shumen’s monument has always been well liked by residents and has been kept in good condition.
It sits at the top of a hill, surrounded by a natural park, and is visible from any point in the city. The route to the top follows a long concrete staircase. The composition is made up of immense rectangular concrete blocks rotated at different angles, creating an interior landscape between them that resembles a gorge. It is massive: just the lion that sits atop it weighs 1,000 tons, and the monument as a whole contains 2,400 tons of rebar and 50,000 m3 of concrete.
The interior is dominated by large sculptures that look like mythological giants, carved from granite blocks and decorated with polychrome mosaics. It depicts key episodes in the country’s history using text and allegorical sculptural groups.

Monument to the Founders of the Bulgarian State