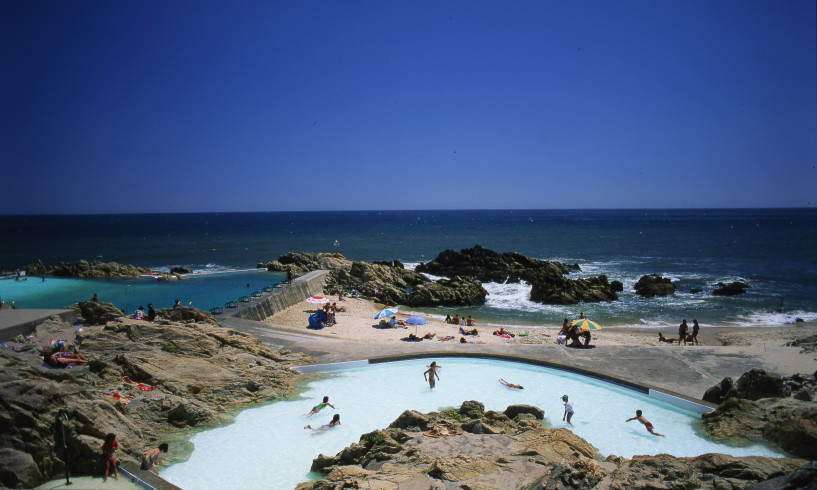 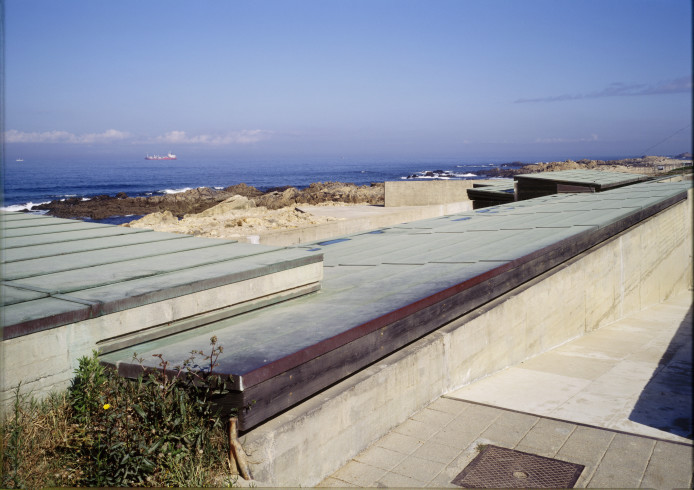 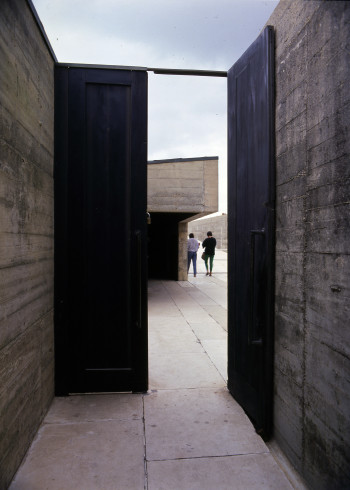 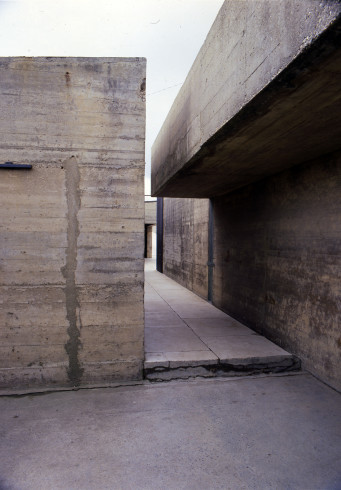 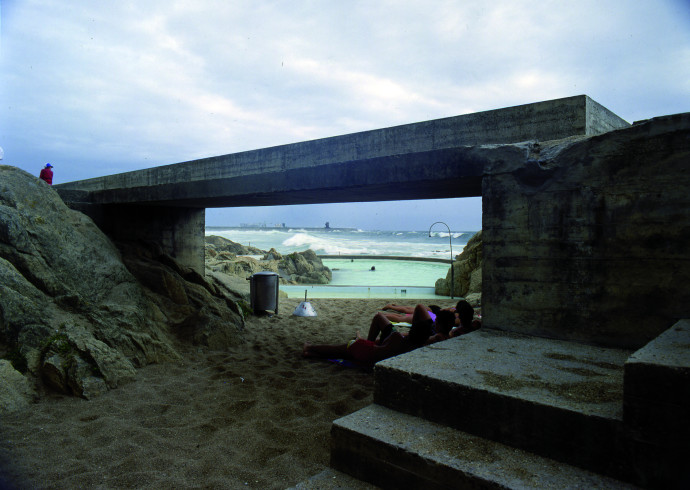 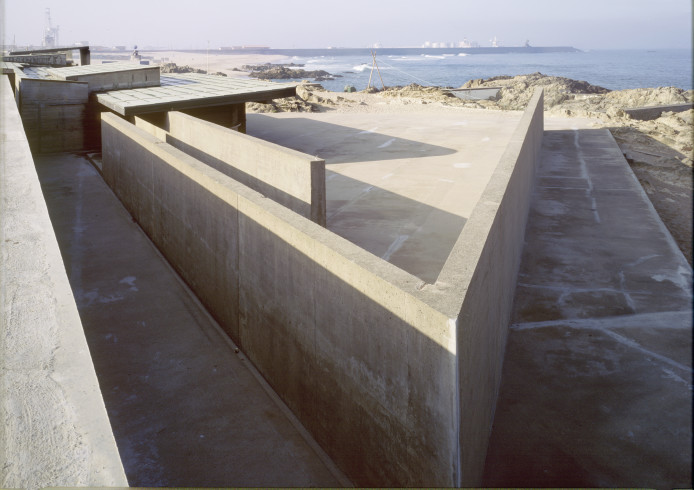 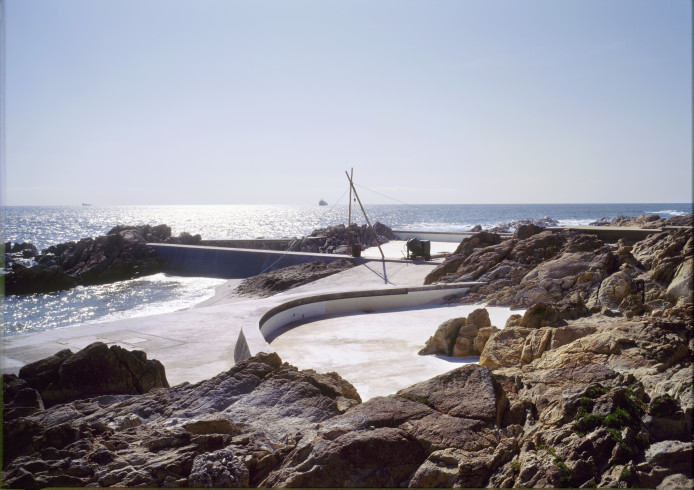 This landscape project, by the sea, is characterized by an intelligent layout in plan: the concrete wall that separates the seafront promenade in Matosinhos from the rocky coastline is folded in and opened out to create access points and accommodate the various services and support facilities for a series of swimming pools and seawater bathing areas. From the city side, the project disappears due to the different heights of the promenade and the bathing area, which is sunken to a lower level to avoid obstructing views. The topographical nature of the design and the fact that it shies away from projecting a recognizable or iconic image is one of the values of this project by Álvaro Siza, which subjects the architecture to the logics of the rocky coastal landscape, making it the center of attention.
Subject to the weather and to strong storms, the architecture is inseparable from the rock and blends into it: the concrete walls, exposed to the continuous erosion of the waves and the wind, have taken on a patina and texture that connects them inextricably to the place. It is a rough architecture, whose function is to shelter and protect the different elements of the program and circulation areas that descend from the promenade toward the swimming pools and the sea, all set in amid the walls. A series of flat roofs, merely resting on the walls, are situated only where the program requires more protection.