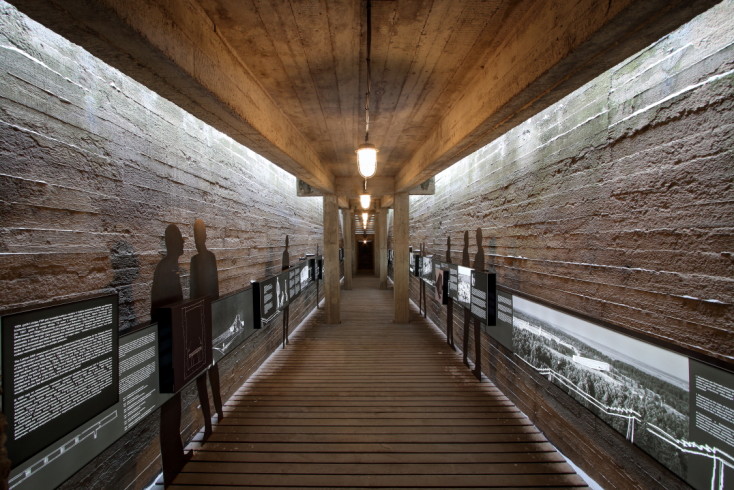 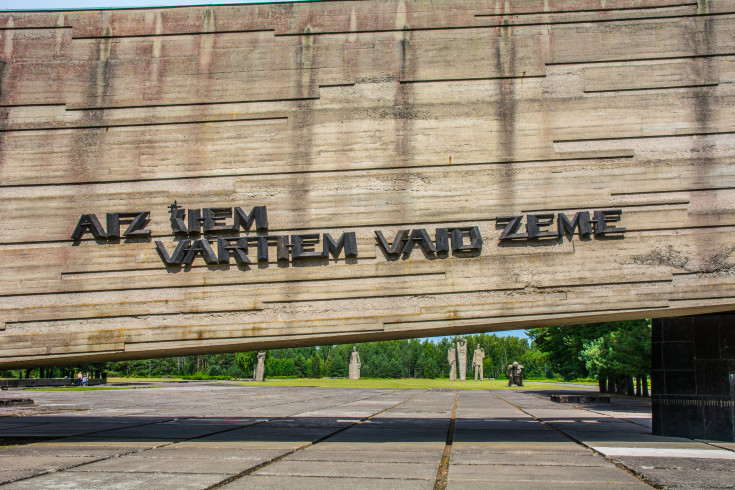 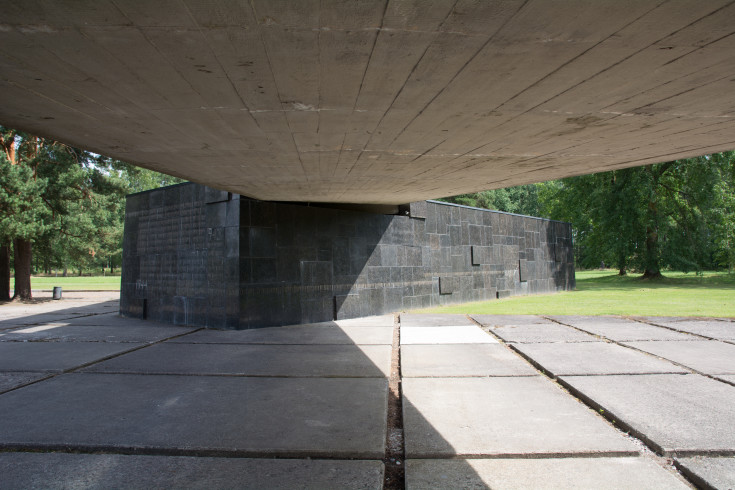 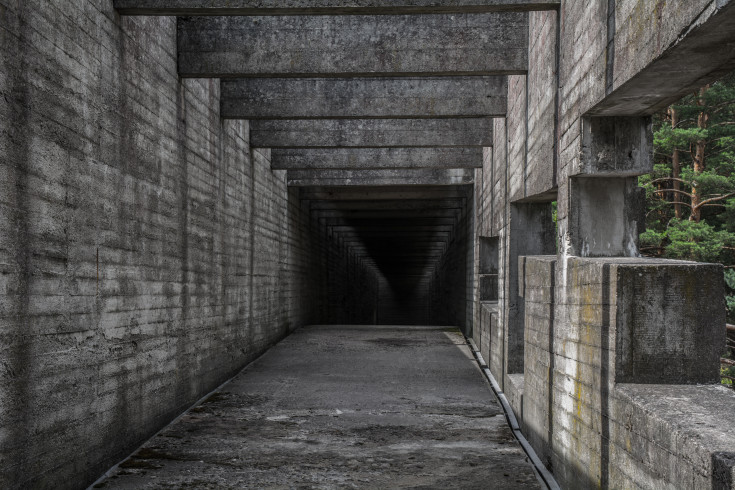 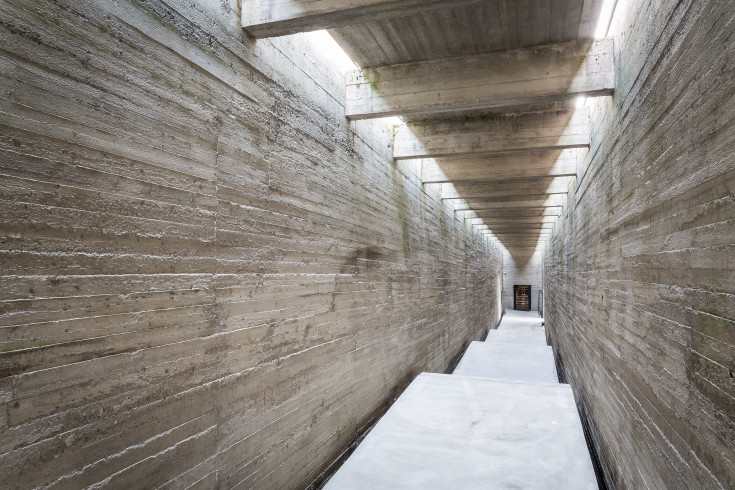 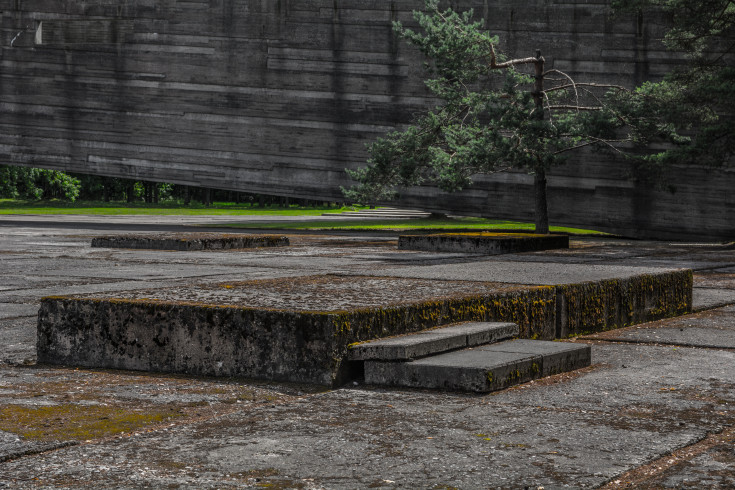 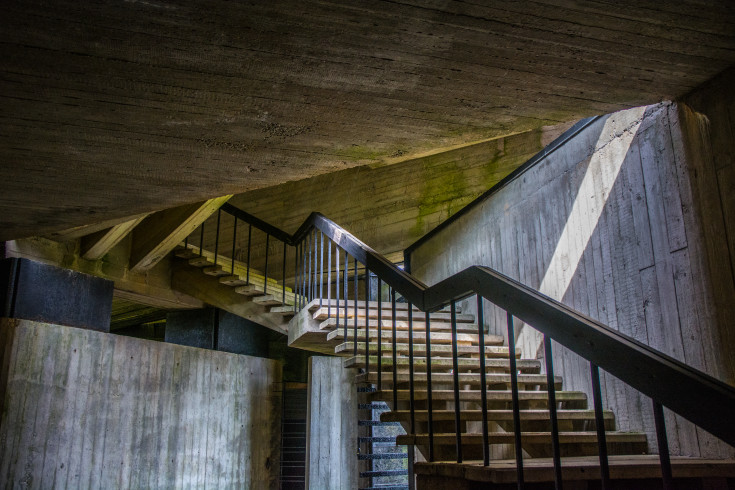 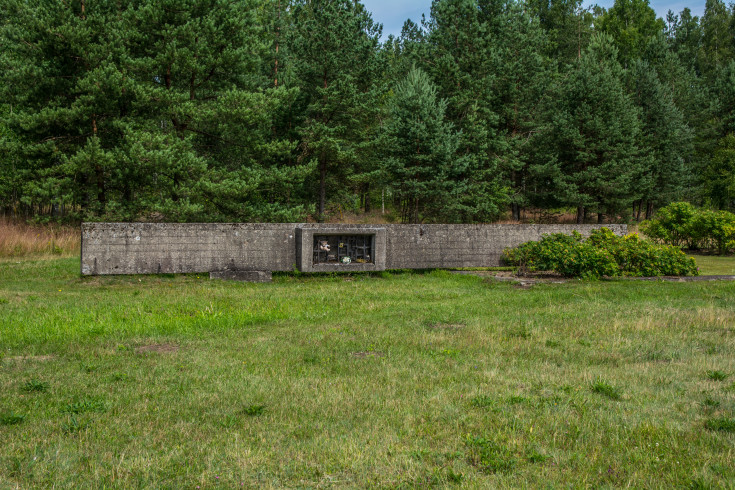 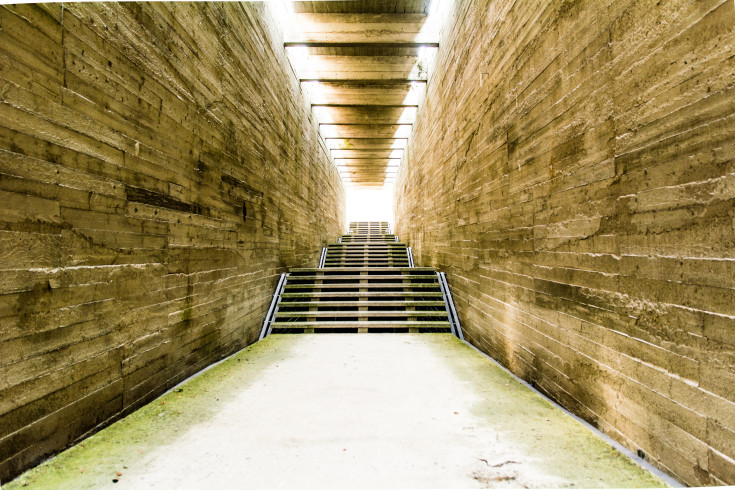 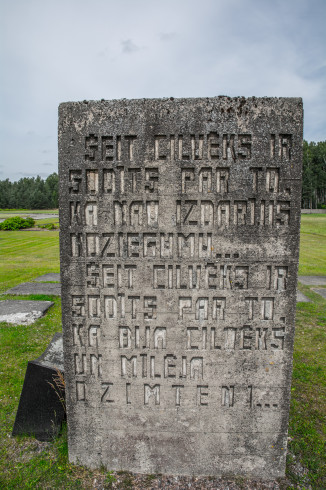 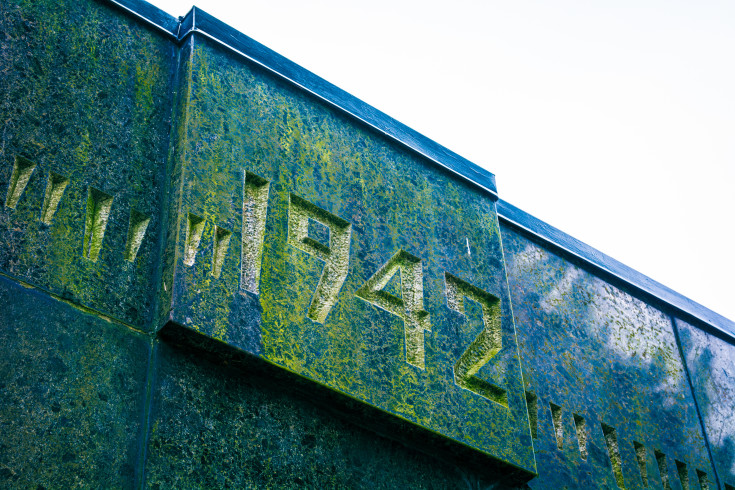 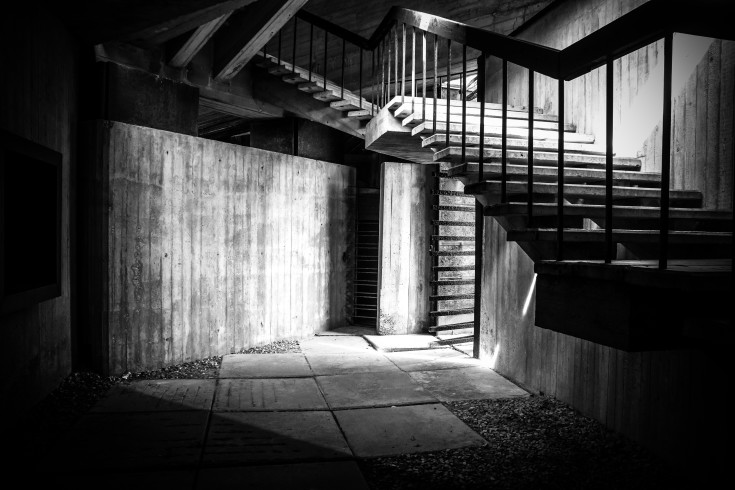 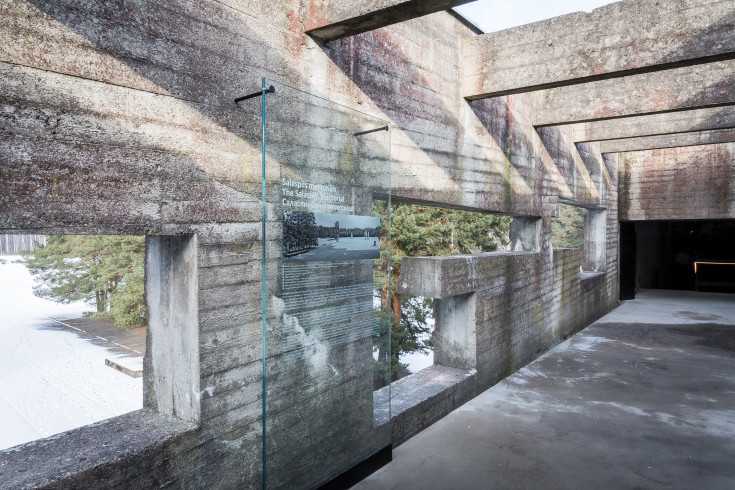 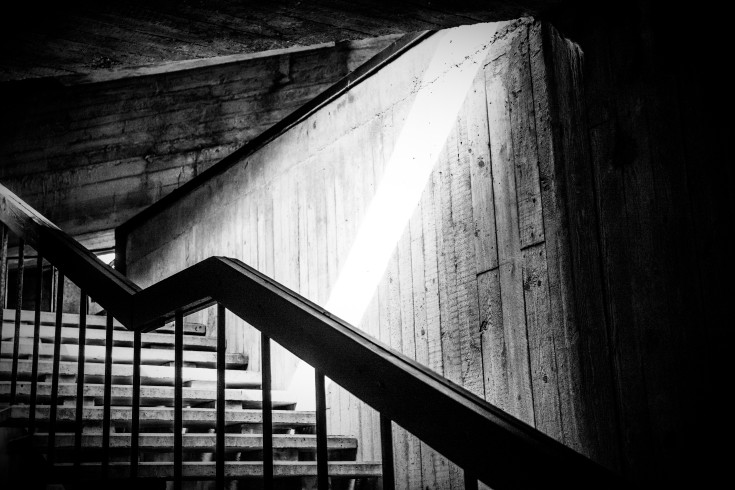 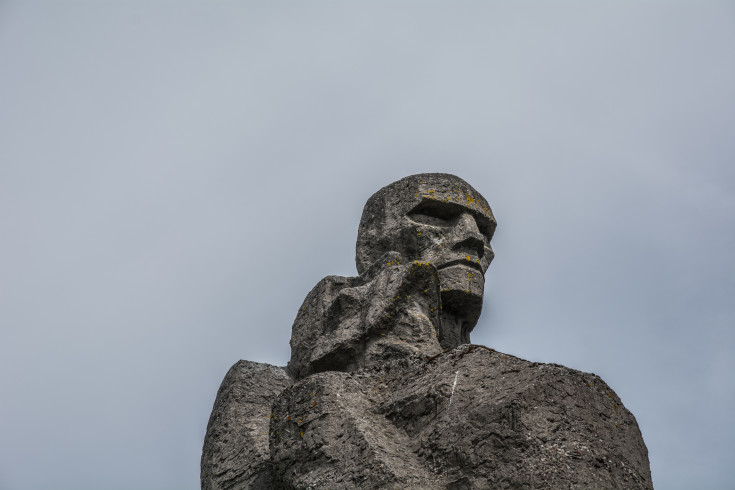 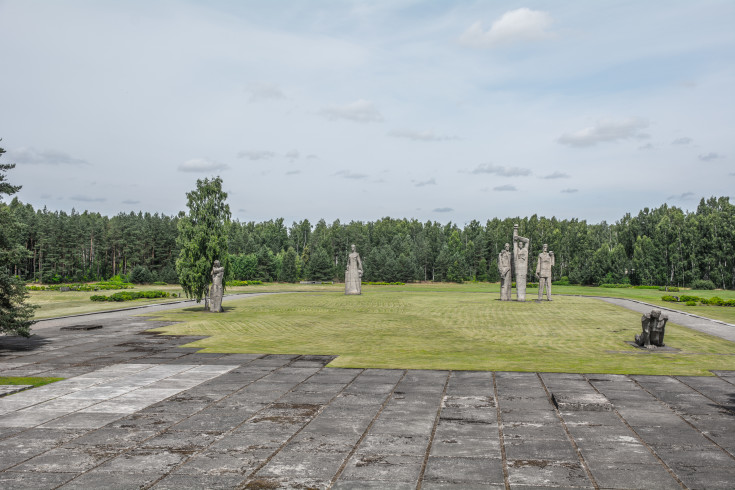 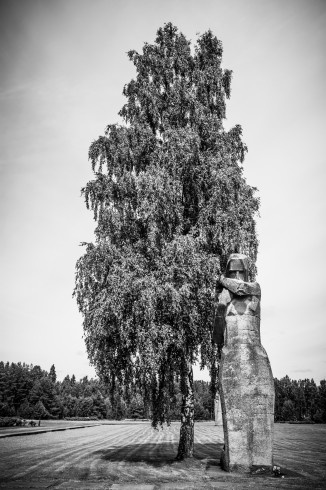 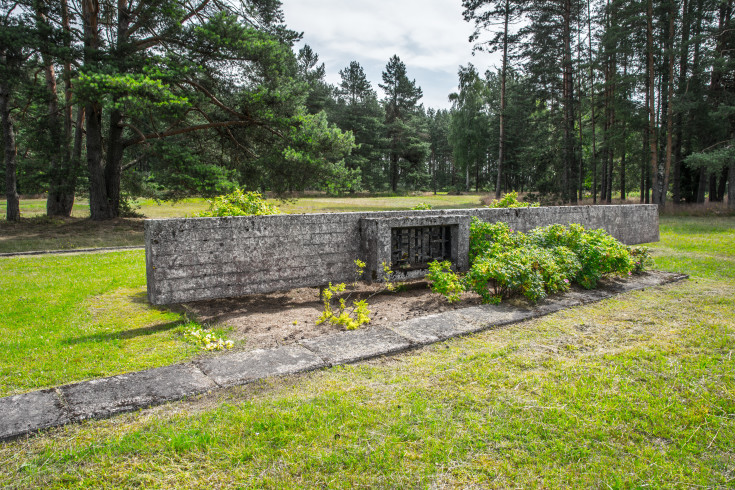 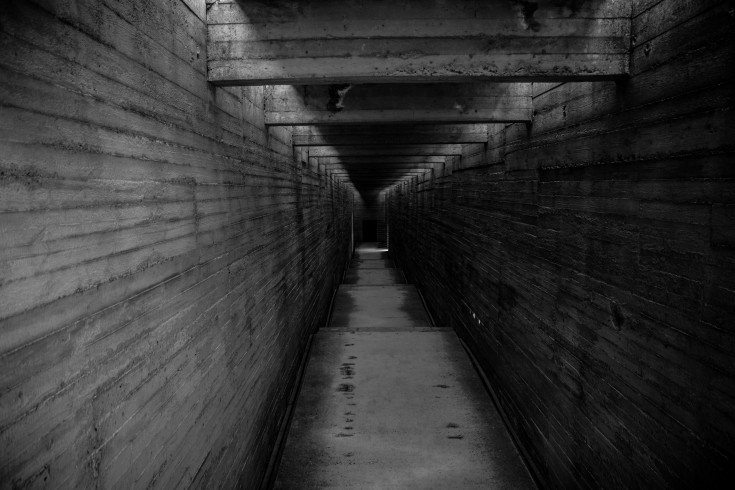 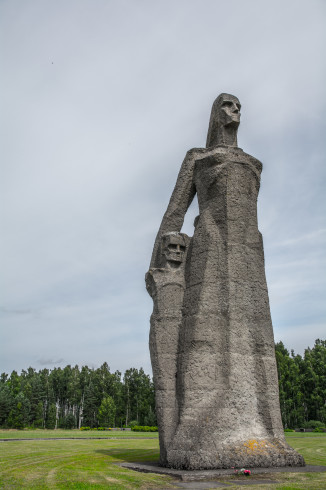 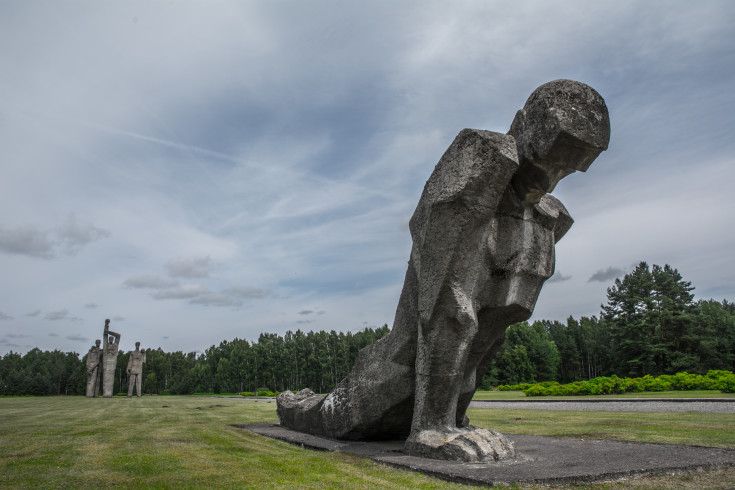 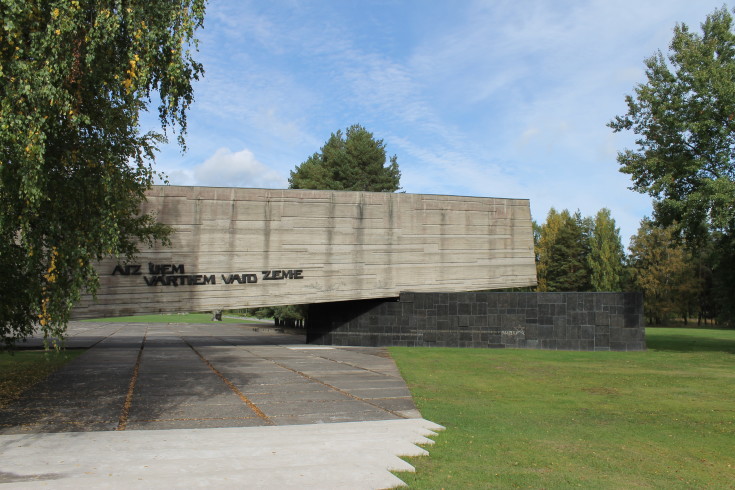 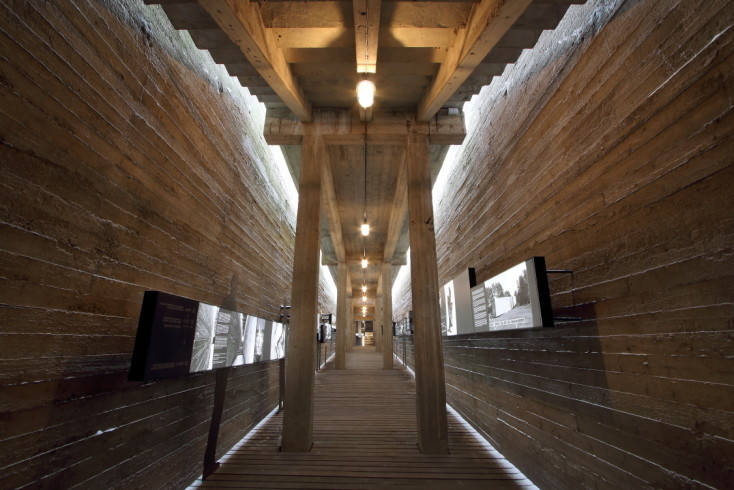 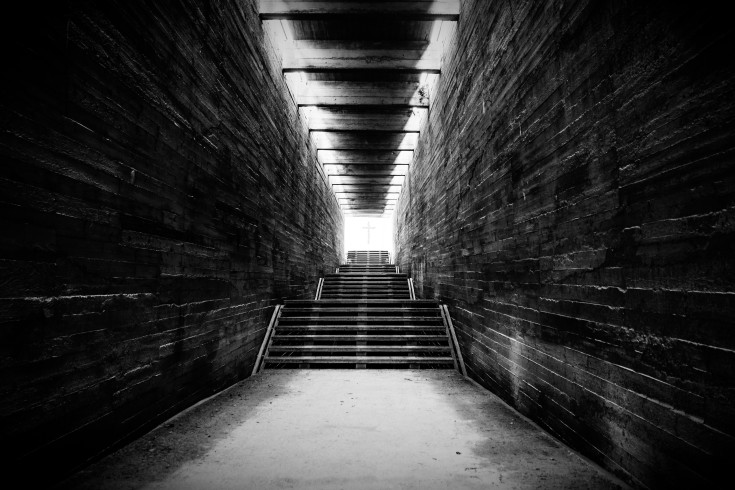 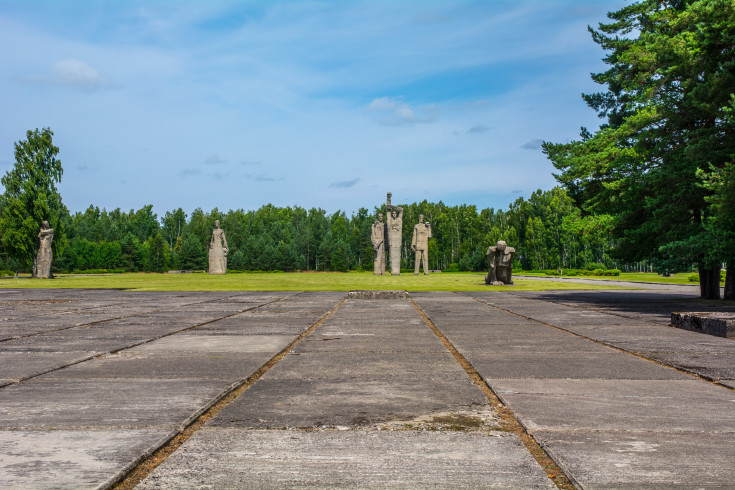 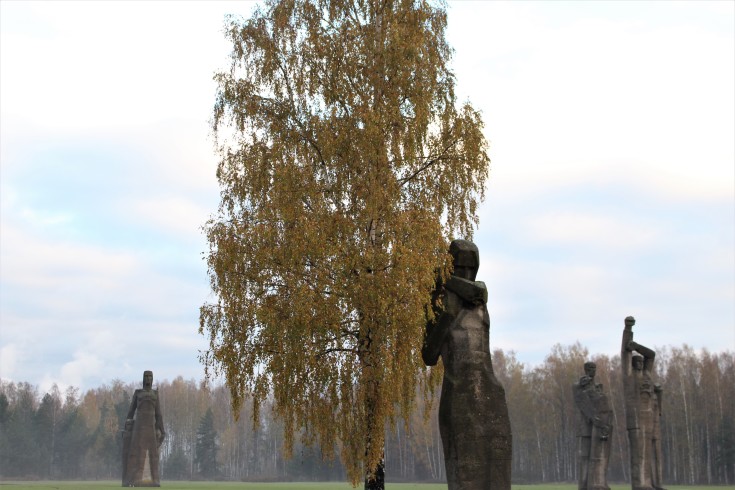 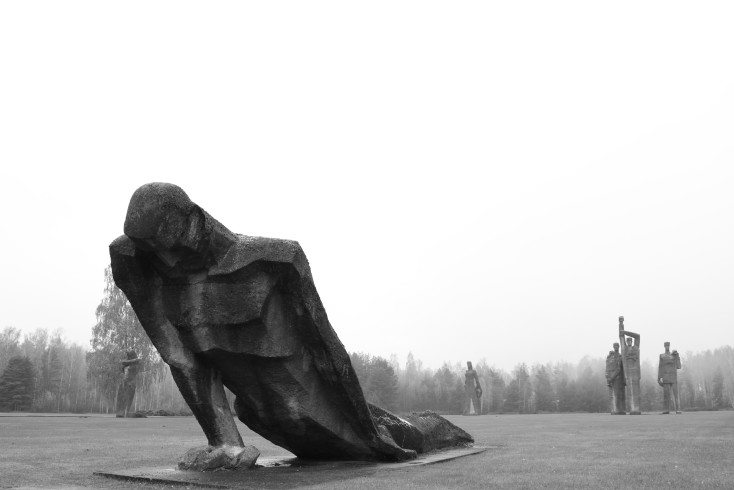 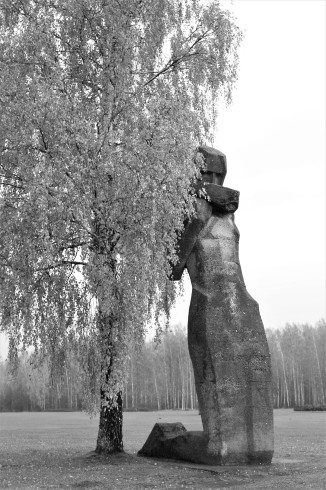 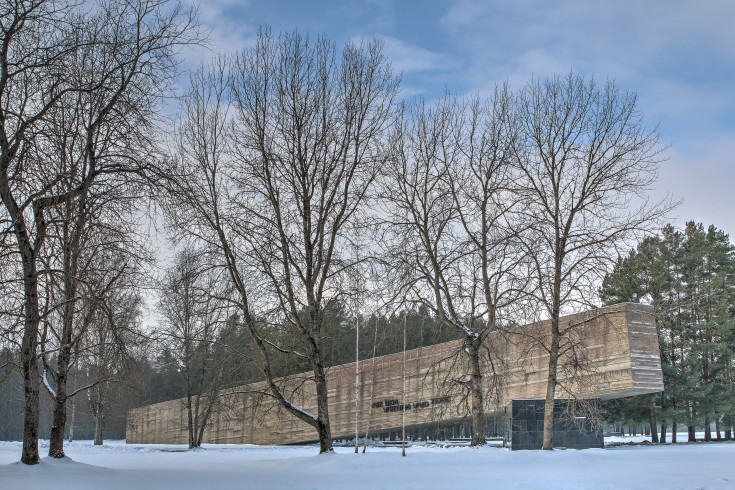 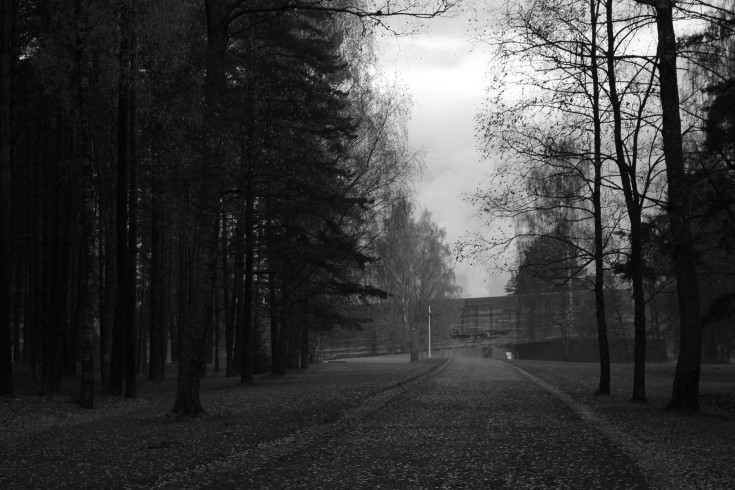 The Salaspils concentration camp, built by the Nazi regime, was located a few kilometres outside the Latvian capital, Riga. Officially, it was only a detention camp for Latvians, but Jews who had been deported directly from Germany and the occupied countries were also sent there, and it functioned an extermination camp where nearly 3,000 people died.
In 1967 the memorial was opened – one of the first and the largest of its kind in Europe. The allegorical monument consists of a long wall of exposed concrete and seven monumental sculptures, also made of concrete, representing: the Mother, the Unbroken, the Infamous, Protest, Red Front and Solidarity. To access the enclosure where the sculptures are located, which is also a cemetery, you cross the narrow space left open under the wall: it is slightly suspended in the air, supported only at its ends.
The wall is actually a large reinforced concrete box girder, and the interior can be accessed through a discreet opening. The dramatic interior space – which houses a small exhibition – is lit only by linear skylights that seem to leave the ceiling suspended.