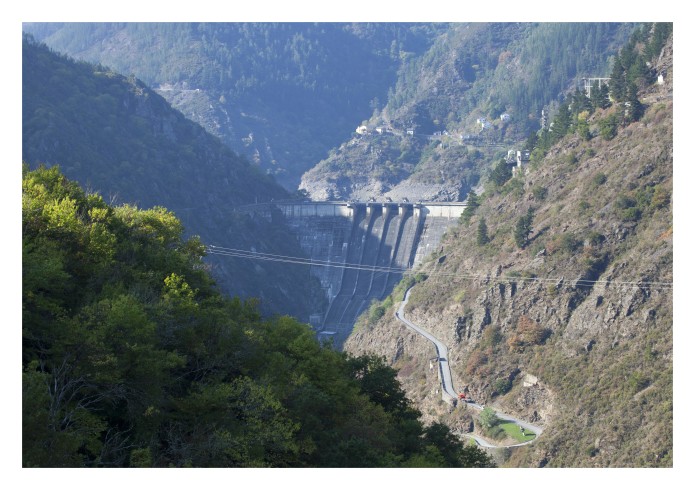 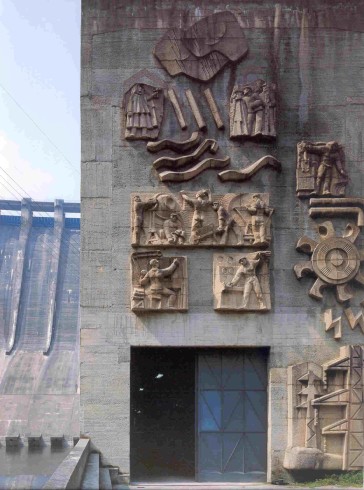 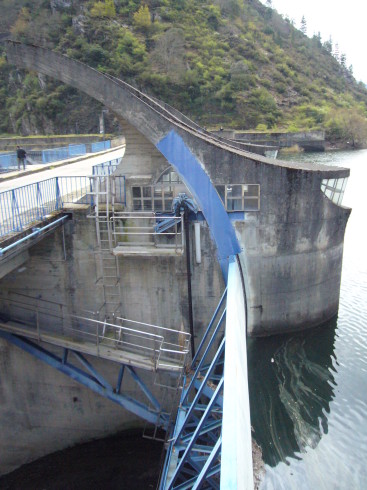 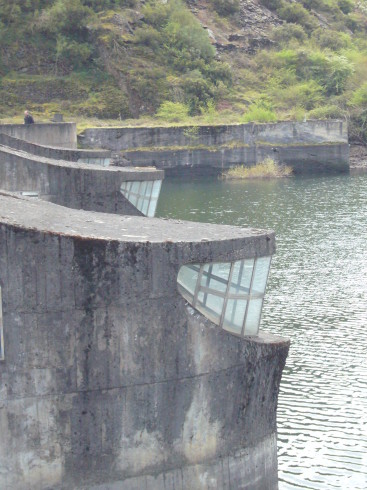 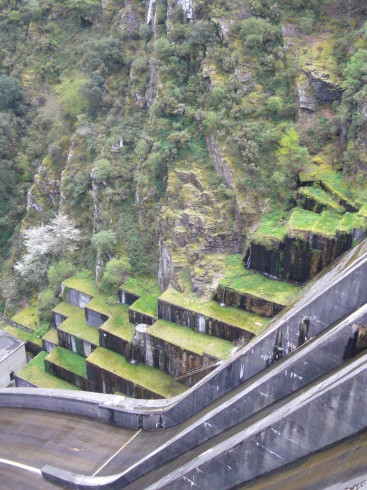 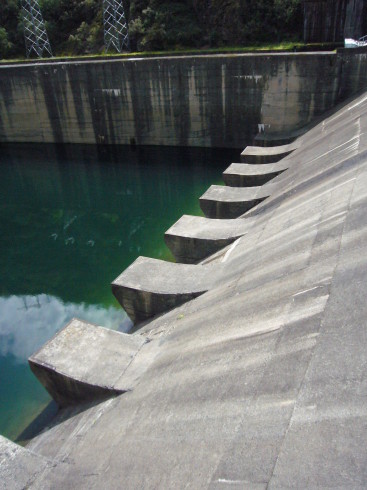 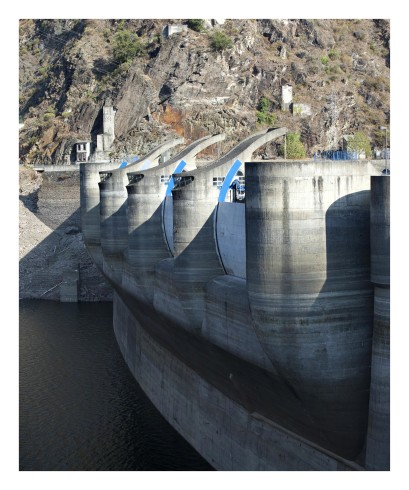 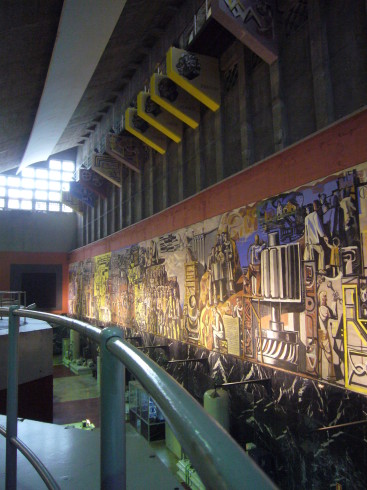 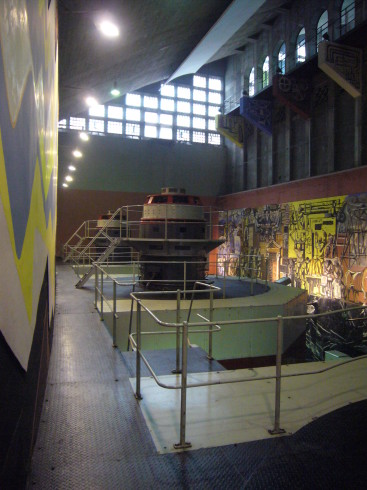 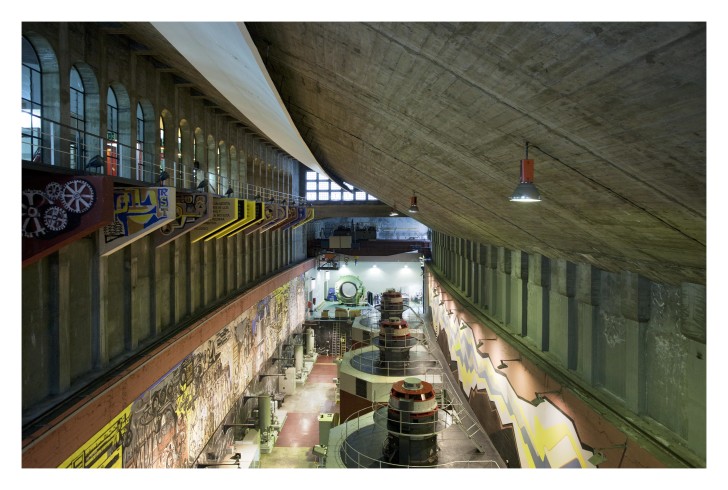 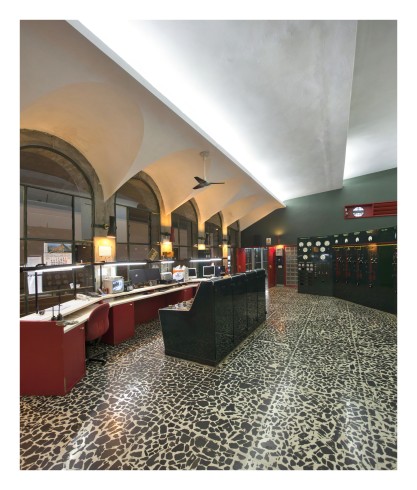 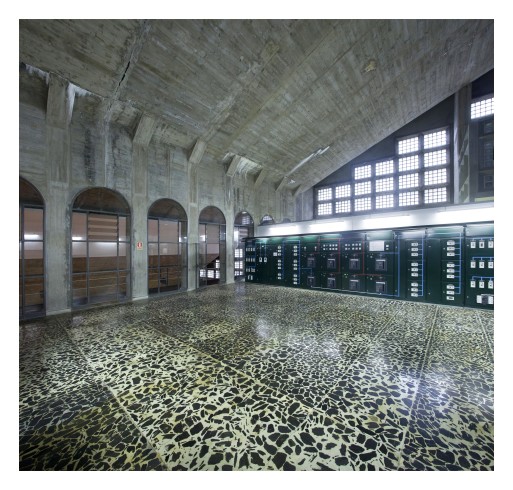 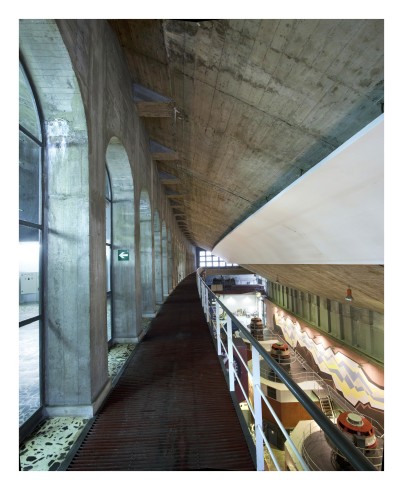 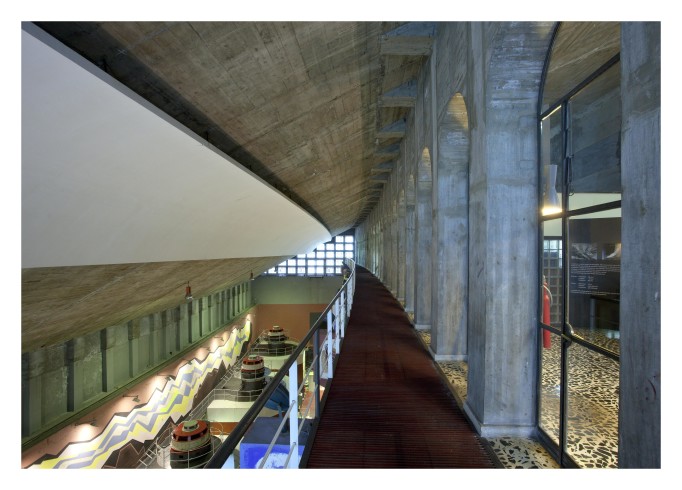 The dam and hydroelectric power station in Grandas de Salime, on the Navia River, brought together the work of engineers, architects and artists in a unique piece of Spain’s post-war industrial legacy. Construction began in 1945 and, by the end, the dam was the second largest in Europe, with a 400-meter radius and a height of 128 meters. The engineer Enrique Becerril collaborated on the design with the architect Joaquín Vaquero Palacios and the artist Joaquín Vaquero Turcios, who handled the architectural part of the project and its artistic dimension. The dam was built in a remote location that was difficult to access, which meant that specific access infrastructures had to be constructed, along with towns to house the workers.
The contributions made by Vaquero Palacios were not limited to the works of art that decorate both interiors and exteriors (spectacular murals, sculptures and bas-reliefs). They can also be experienced in architectural elements such as the five overlooks at the top of the dam’s buttresses or the cantilevered balcony that houses the control room. The forms of these elements, built in concrete, are highly expressive, with a certain futuristic air. Vaquero Palacios’ son, Joaquín Vaquero Turcios, participated in the ornamental design and the interior design. He also devised the lookout point on the opposite side of the river, called the “whale’s mouth overlook” due to its suggestive reinforced concrete section.
The dam was opened in 1955 and was restored by Turquero Vaquero himself in 2003, returning this impressive ensemble to its original splendor.