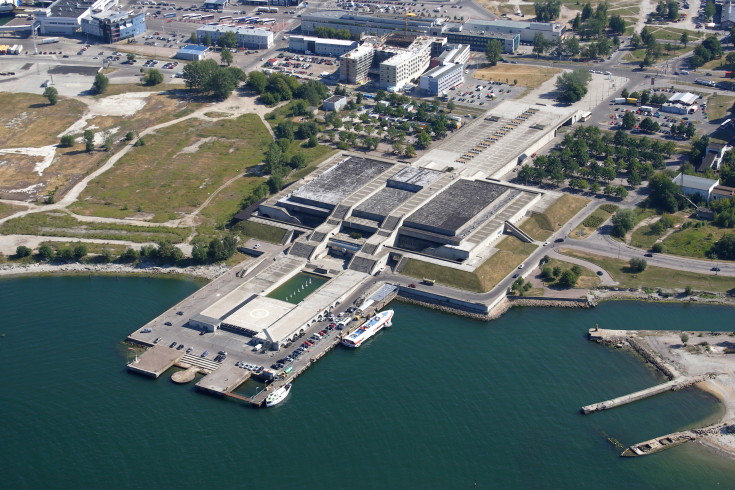 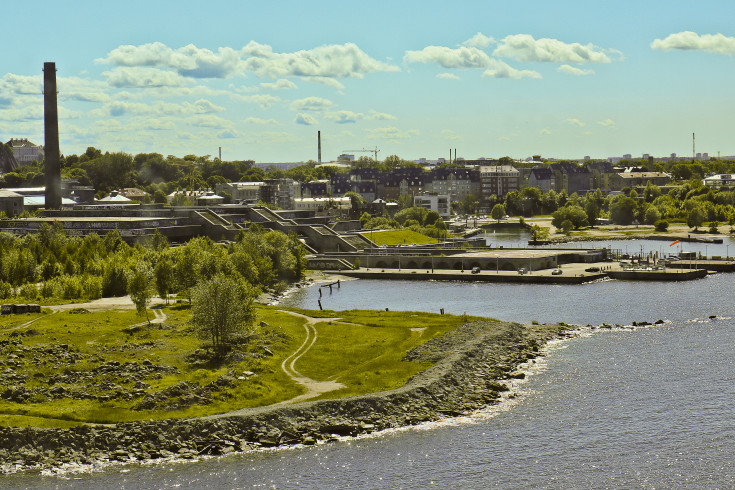 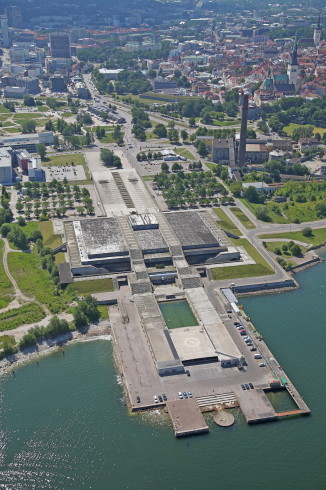 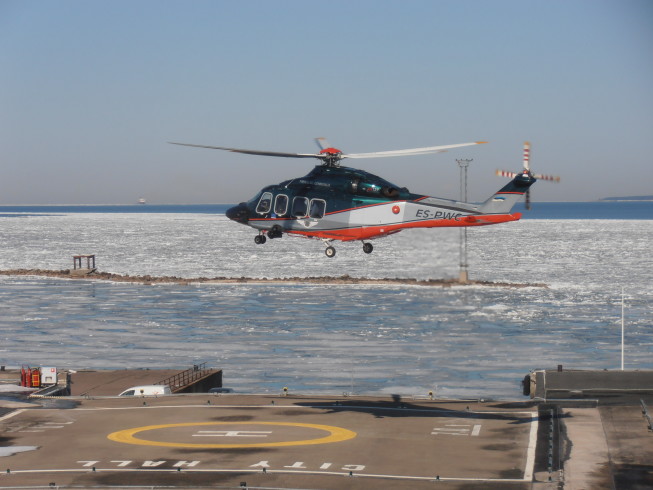 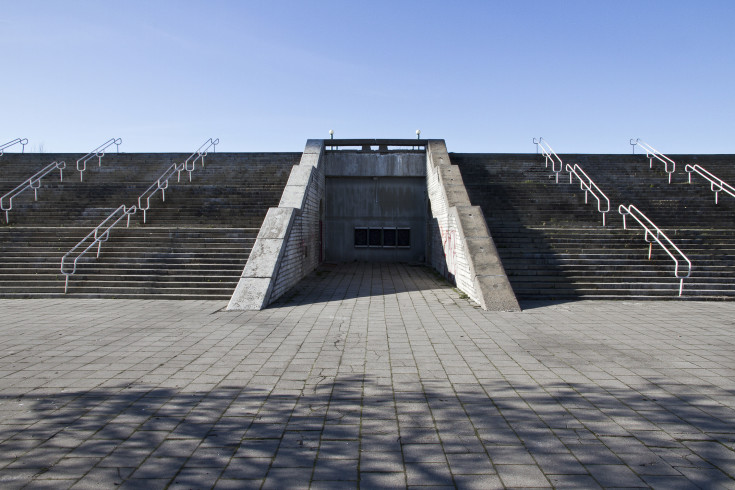 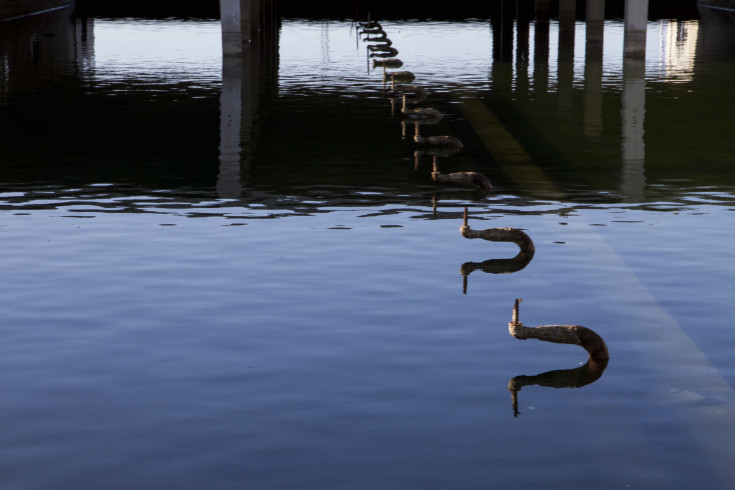 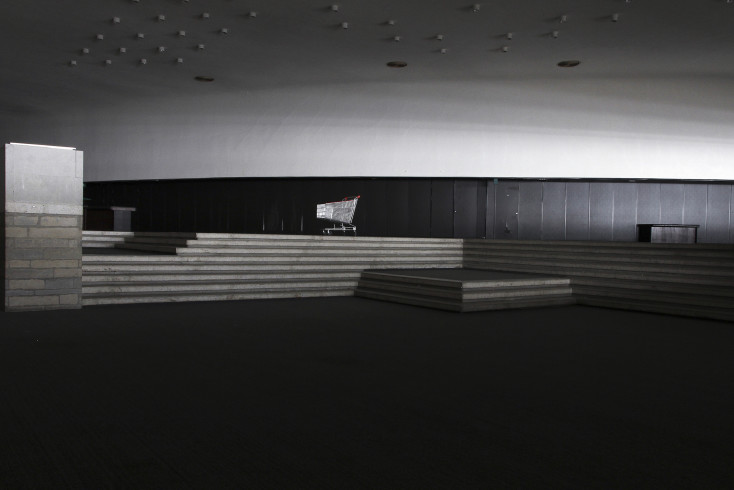 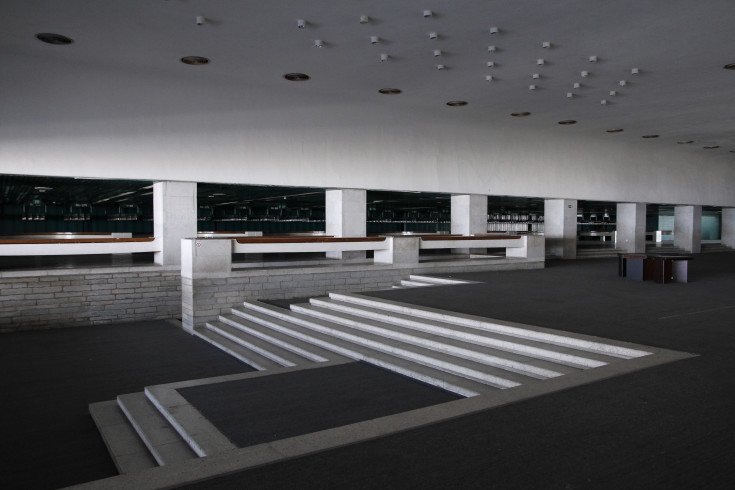 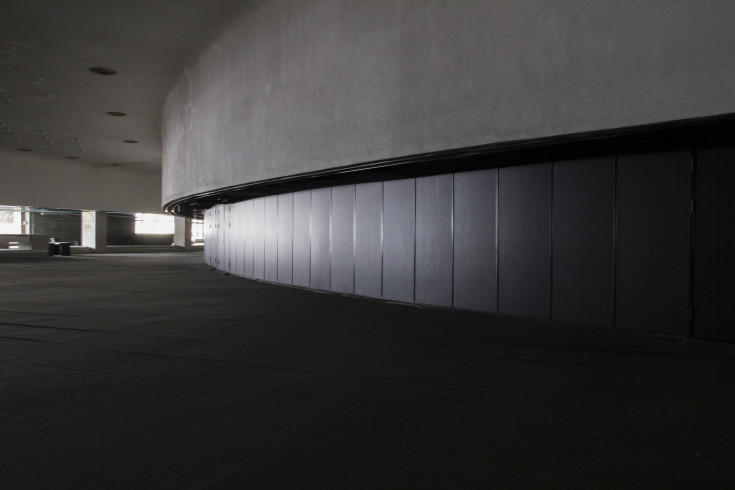 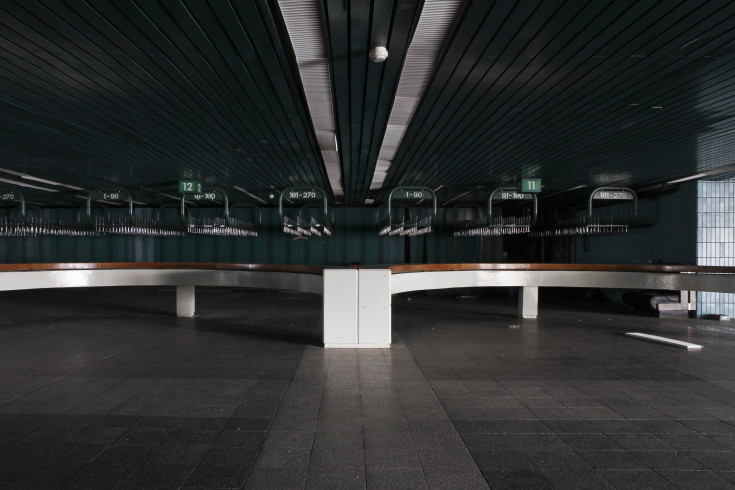 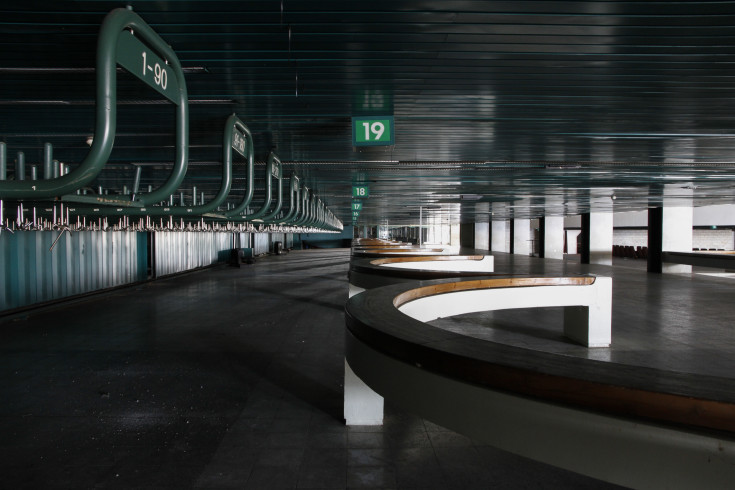 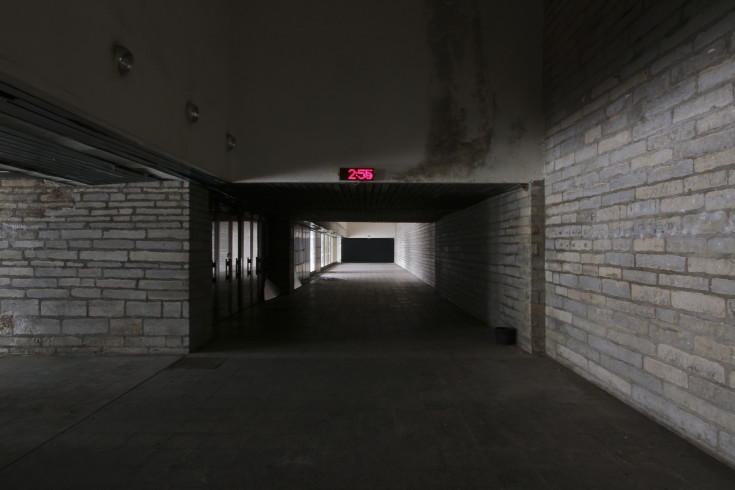 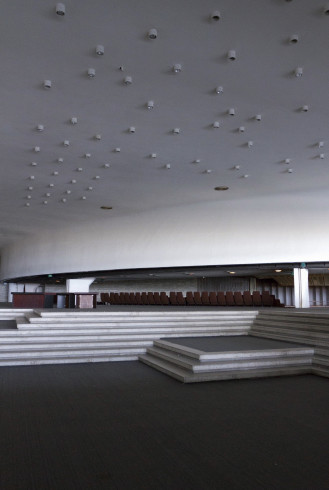 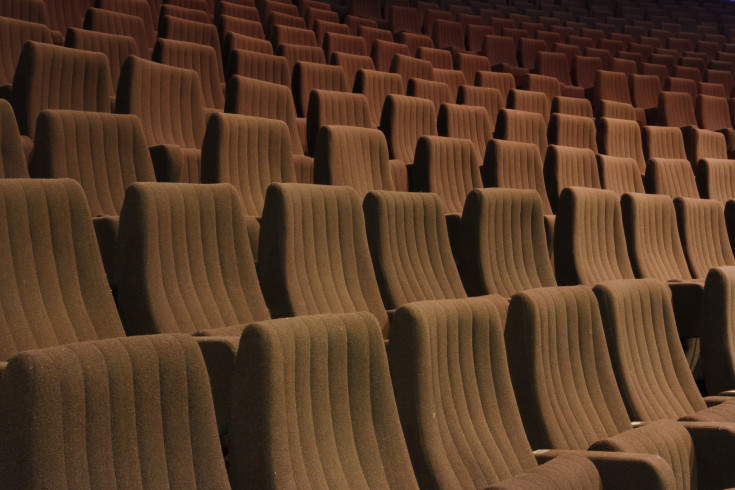 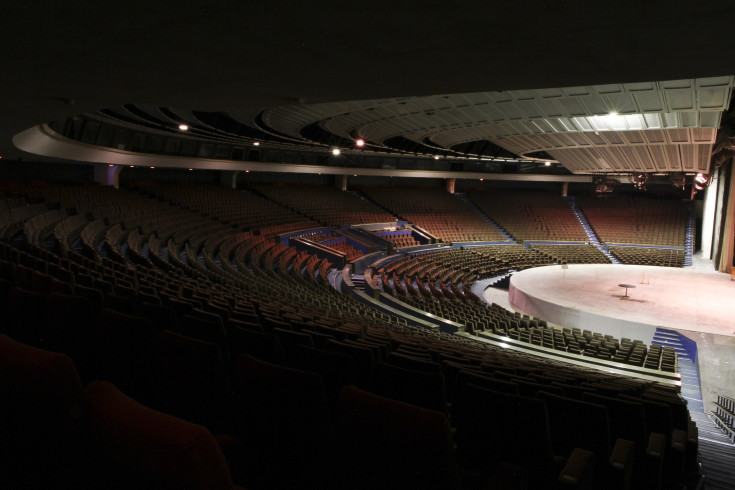 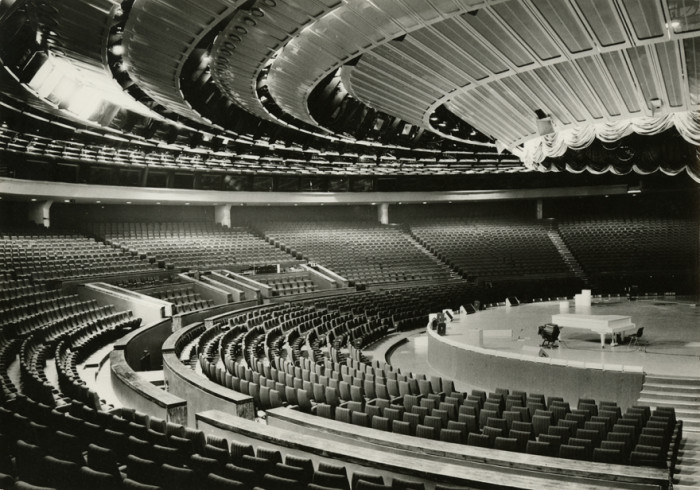 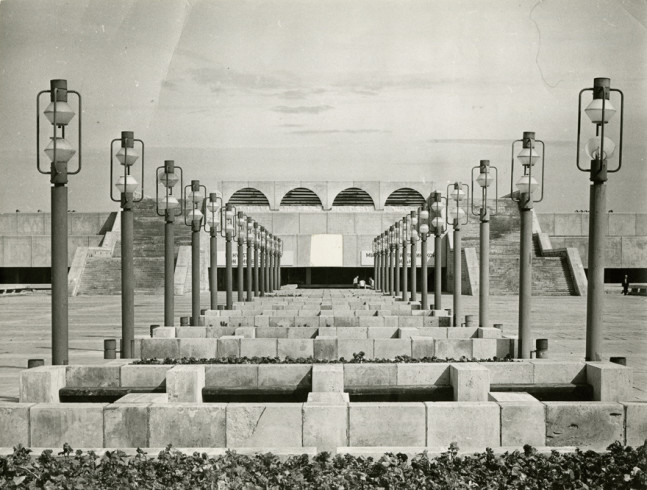 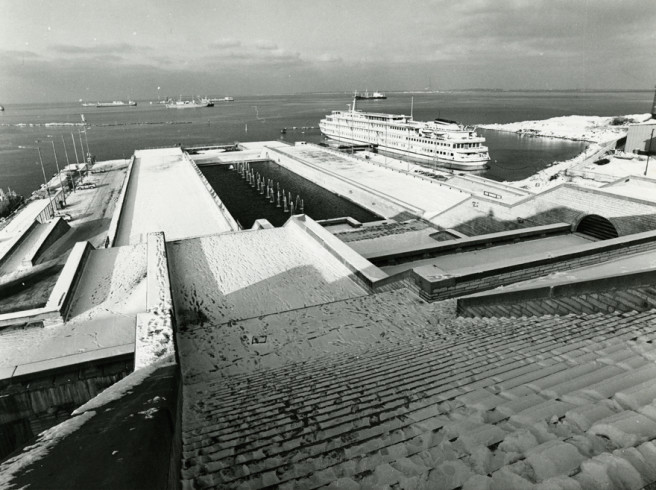 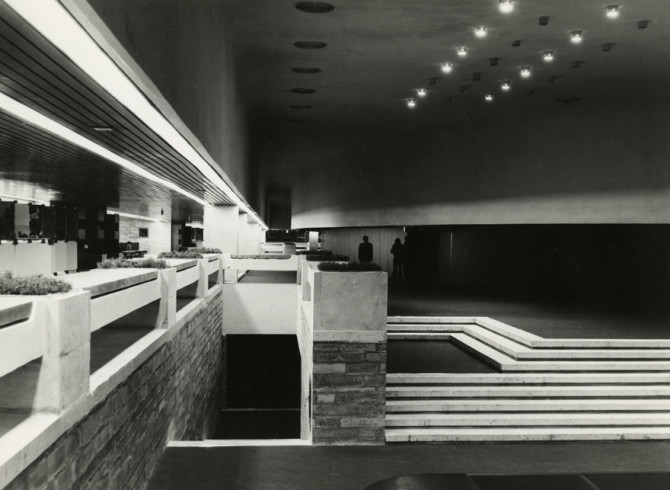 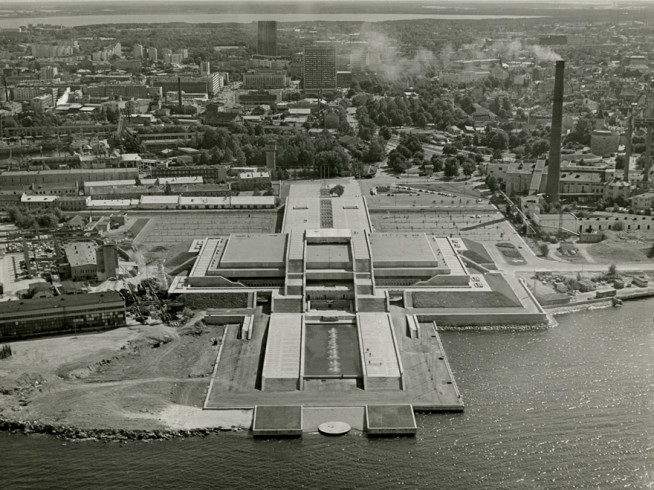 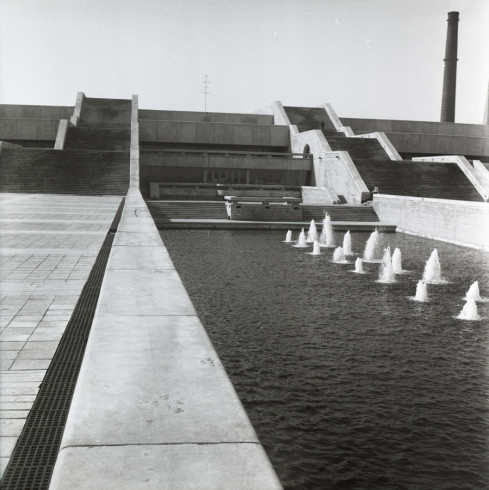 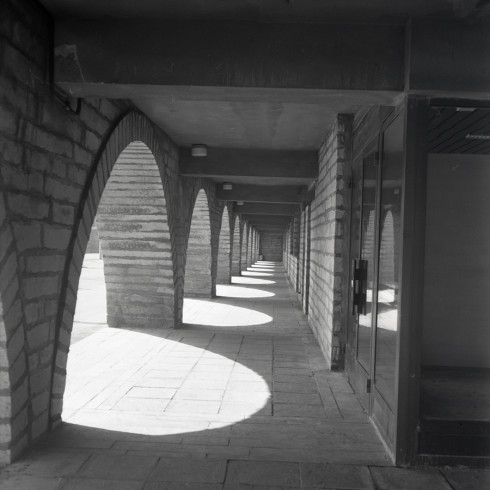 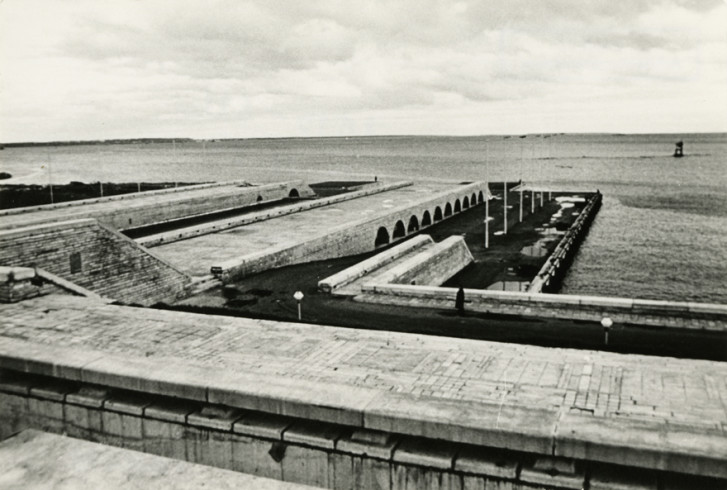 Unused / Vacant . The pedestrian roof is still used as a urban space

This huge building was built for the 1980 Moscow Olympics, when Tallinn was chosen to host the sailing trials. Its program, now in disuse, was focused on sports, culture and leisure, including a 4,200-seat auditorium and an indoor ice-skating rink.
The exterior, rather than looking like a building, is reminiscent of the ancient architecture of the pyramids or the bastions of the old walls and fortresses that surround the city. Its immense terraces, which are accessed by monumental staircases, combine concrete borders and walls imitating large carved stone blocks. The absence of compositional elements to indicate the scale of the building accentuates its massive and infrastructural appearance.
The urban expanse of the complex, almost half a kilometer in length, shapes a public space – linear and elevated – that connects the perimeter of the historic city with the sea. It ends directly on the water, at a series of wharves for yachts and cruise ships, and a privileged overlook to watch sailing races. Its arrangement, distinctly horizontal and semi-sunken, aims to avoid competing with or obstructing the view of the old city in the distance.
The abandoned state of the interior is compounded by the scarce use of the public spaces located on the roofs: the sheer scale and harshness – without any defined uses or elements to qualify the spaces – has failed to promote their use or occupation by the city’s residents.
The Linnahall in Tallinn was defended at the 2012 Venice Architecture Biennale as an example of good architecture from the communist period in Estonia. The exhibition warned of the lack of appreciation among citizens for the architecture from this period, which has contributed to the state of abandonment and deterioration of many buildings like Tallinn’s Linnahall. This could lead to the disappearance of an architectural heritage with great significance in Estonian history.