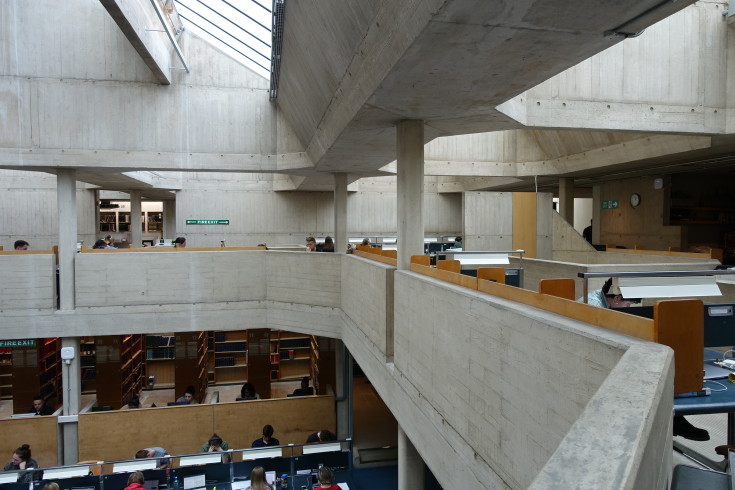 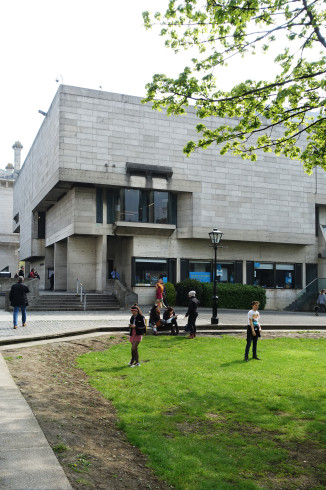 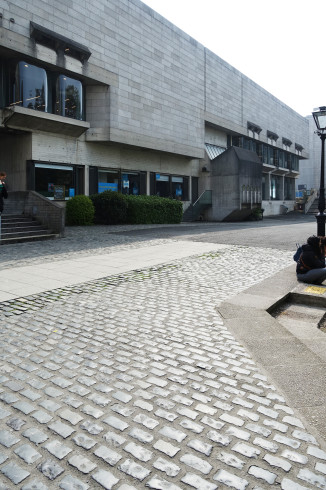 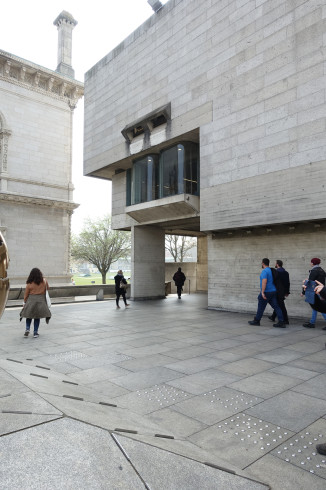 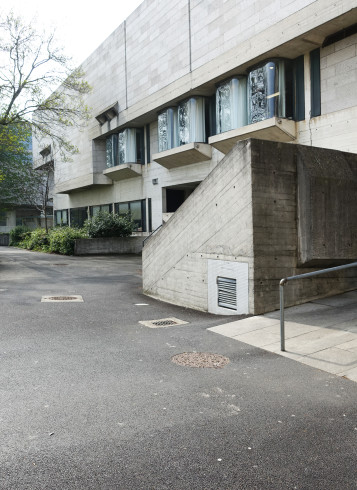 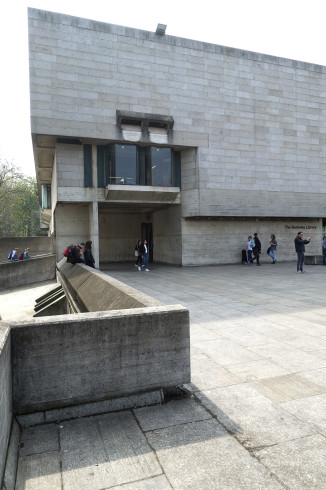 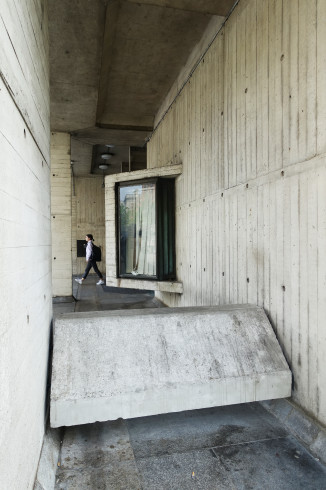 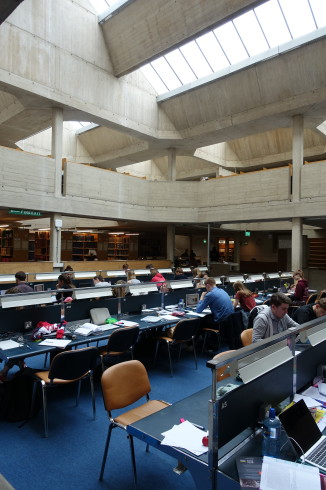 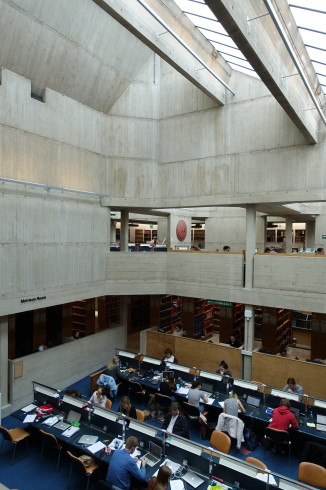 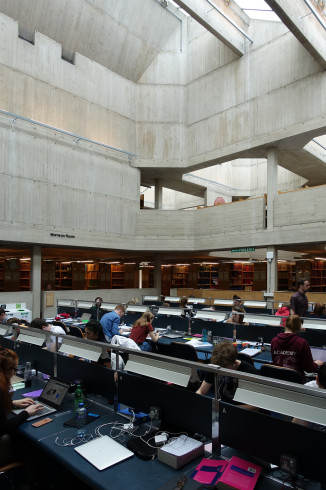 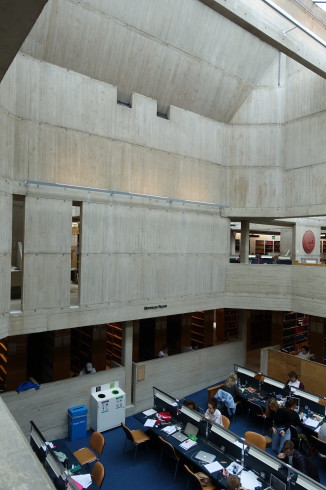 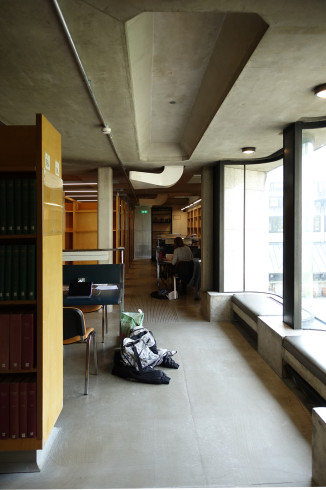 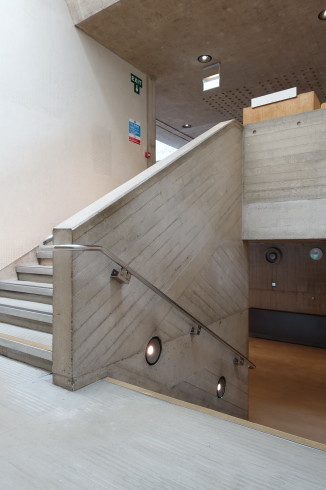 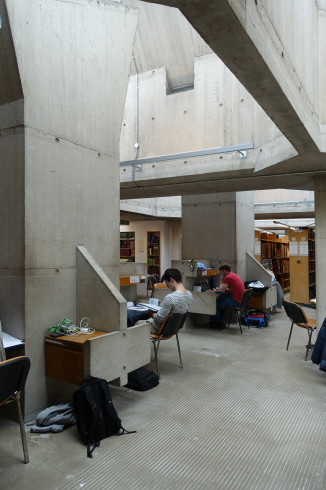 The Berkeley Library in Trinity College

The library of Trinity College occupies six buildings on the campus itself and others outside it. The main building, dating from 1712, is the most prominent design by the architect and engineer Thomas Burgh, a master of Irish classicism.
When the new Brutalist concrete building was put up in a neighboring square, the contrast between the architectural styles incited a fair amount of controversy and disapproval among the university community. Indeed, the new architecture contains few contextual elements in its composition that refer to the neoclassical architecture surrounding it. In addition, the position of the building is also unique in relation to the layout of the campus: it pulls back from the established façade lines to generate a raised square between the building and the street. All the elements that led the building to win the competition were neither understood nor appreciated at first.
Concrete, with a distinct texture that reflects the wood of the formwork, is the dominant material both on the exterior, where it is combined with stone of a very similar grey color, and in the interior. It is in the interior space where the concrete reaches its expressive heights: not only is it omnipresent in the structural and constructive elements, even some of the fixed furniture elements are molded in concrete. The opacity of the exterior, interrupted only by a few delicate bow-windows with curved glass, contrasts with the luminosity of the interior, marked by the light coming from overhead.
The negative perceptions of the building have fallen away over time; today, it is considered one of the most important modern buildings in Ireland and the pride of the Trinity College campus.