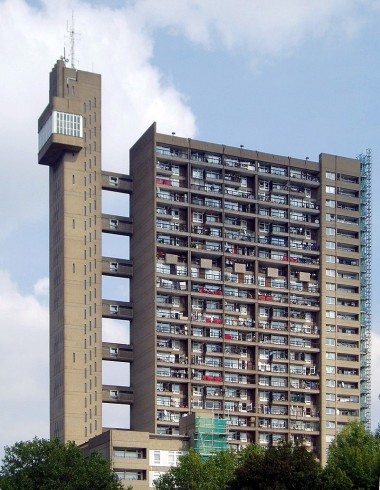 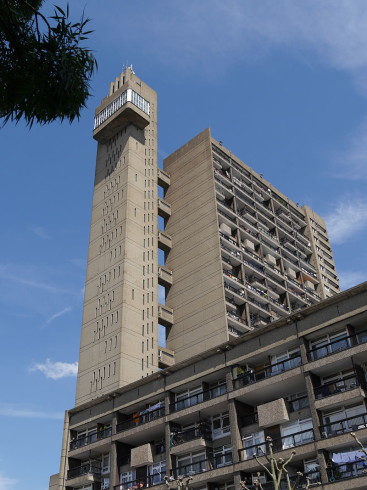 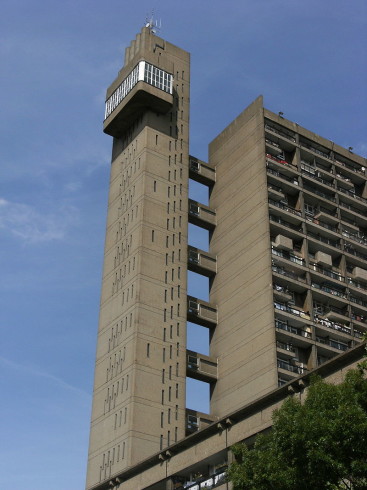 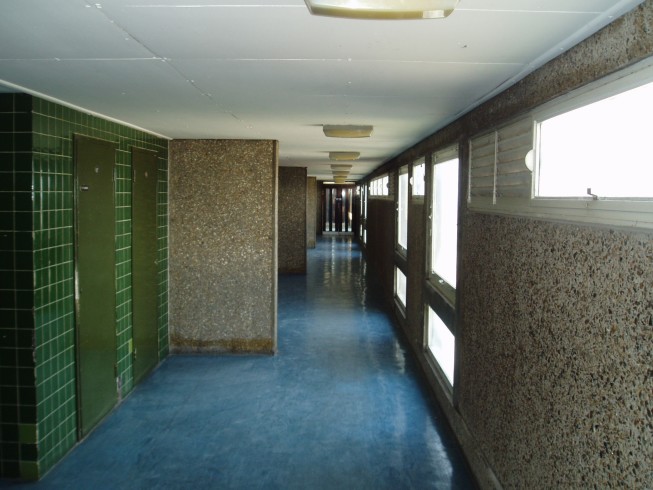 Ernö Goldfinger borrowed many of Le Corbusier’s principles from the Unités d’Habitation for his Trellick tower; none of them, however, had ever been implemented with such clearly vertical proportions: 31 stories and almost 100 meters high. Whereas the building’s height made it prudent to forgo the accessible roof and the open ground-floor level, other principles from the Unités, such as the duplex apartments accessed via a corridor, were maintained. Common areas, however, were reduced to a minimum: all the elements of vertical communication were centralized in a separate volume, made entirely of concrete, which connects to the main tower only every three floors – a solution that saved space but resulted in problems with security.
At the time the Trellick tower was designed, high-rise social housing blocks had already taken on negative connotations for 1970s London – a social stigma that has remained to this today. To counteract this, the architect asked the authorities to select the occupants with an eye to avoiding social conflict. No such measure was ever implemented, and the building became a setting for frequent problems.
Today, the social problems have died down and the tower is a point of reference in the urban landscape of the borough of Kensington and Chelsea, appreciated as a symbol of Brutalist architecture and an iconic London building.
Managing the aging process and adapting the tower to current building standards are now the most urgent concerns, especially in the wake of a fire in 2017. A full rehabilitation of the building is critical.