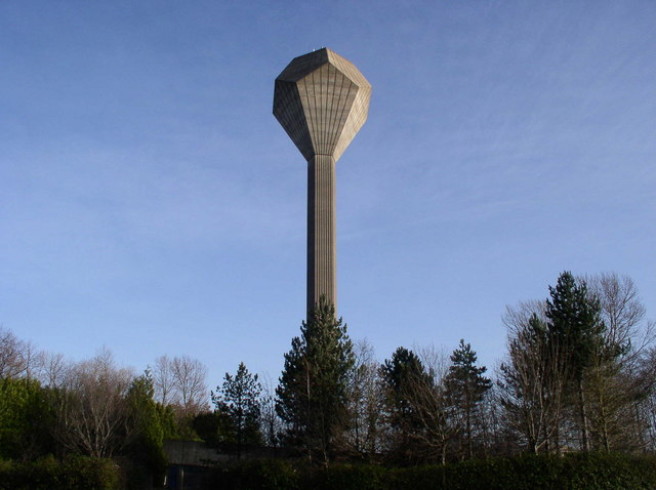 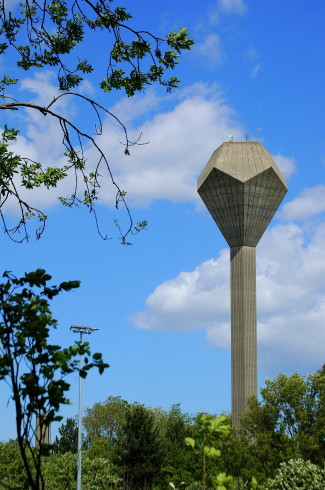 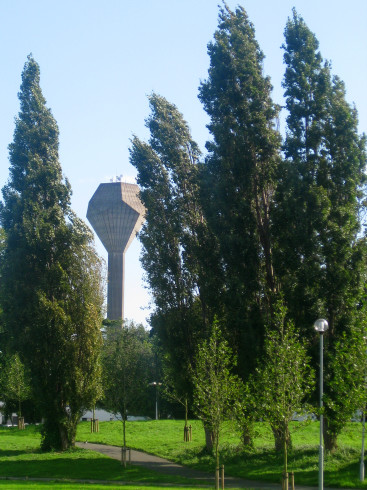 This raised water tower, which was built in just seven days, supplies water and provides constant water pressure for the University College campus in Dublin. In addition to its functional role, it is also one of the most emblematic buildings on the campus and a characteristic element of the Dublin skyline.
University College is one of the most important historical academic institutions in Ireland. By 1940, when it had become the third-largest university in the country, moving to a new campus was a clear necessity because there was no more room for expansion at the historic location in the center of the city. It was not until the 1960s that the definitive location was chosen in Belfield, south of Dublin. The water tower, like most of the campus, was designed by A&D Wejchert & Partners Architects, and it was built in 1972. In 1979, it received the first ever Irish Concrete Society Award.
The iconic image of the tower originated in strict geometry: a dodecahedron contains the tank, and the five lower sides are extended until they align perfectly with the pentagonal shape of the narrow support. Vertical grooves emphasize this geometry and serve as the only decoration on the tower, built entirely of exposed concrete.