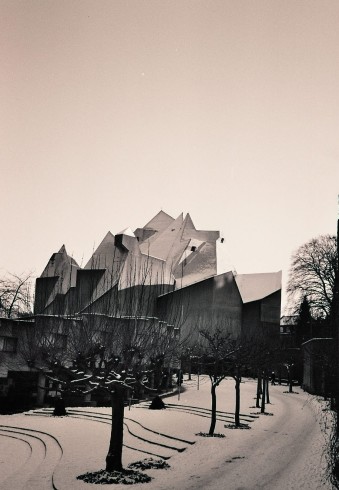 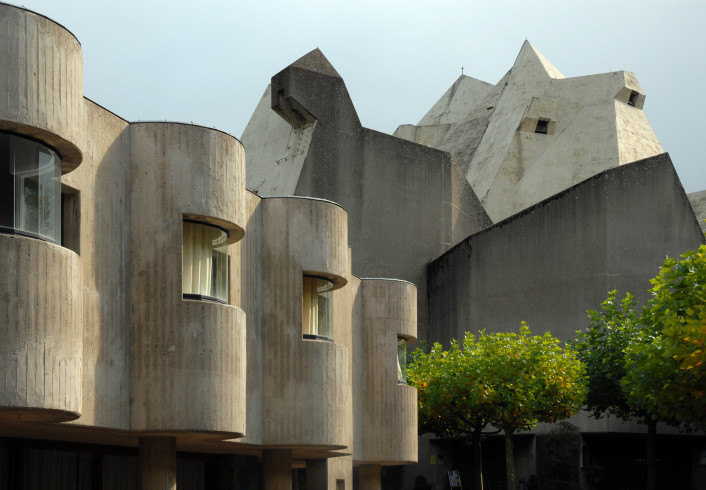 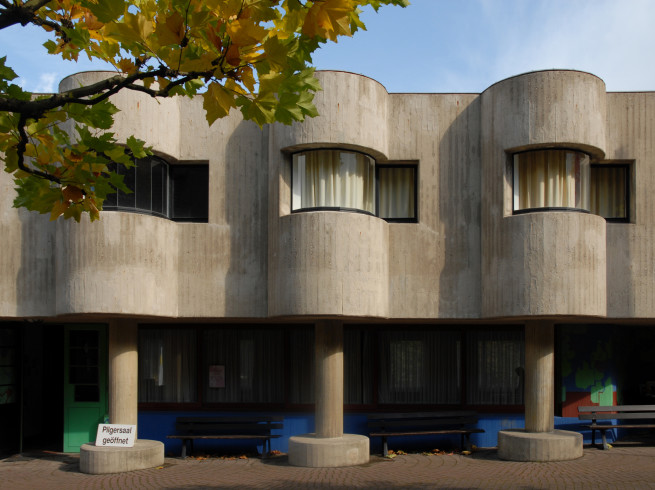 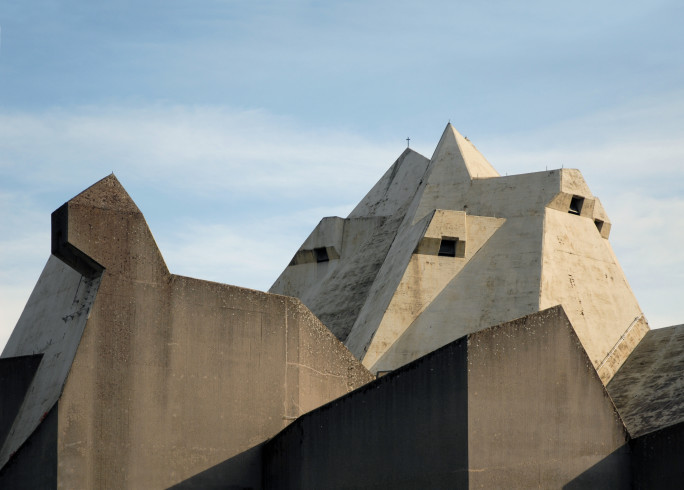 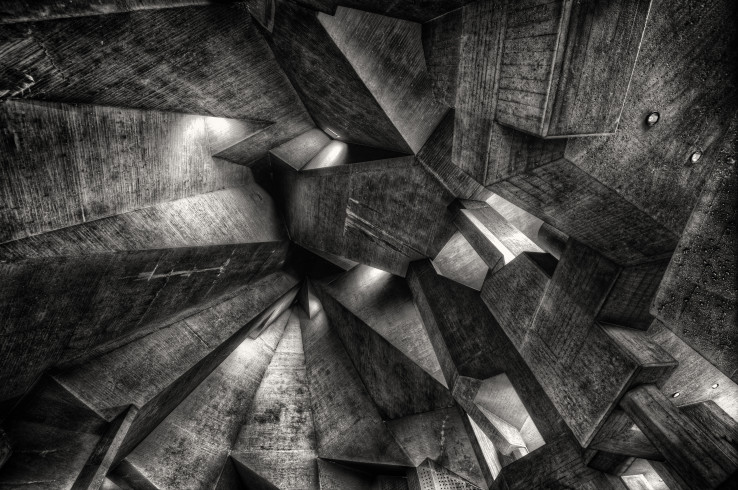 This striking modern cathedral rises like a concrete mountain on a historic pilgrimage site in western Germany. In the wake of the Second World War, many religious buildings had been damaged or destroyed, while, at the same time, there was an uptick in religious sentiment. The result was the construction of new spaces for worship in modern styles, often using concrete, which expressed the austerity of the postwar period. Many of the designs also reflected changes in the liturgy and a renewed religious sensitivity. This is the case of the radical Brutalist architecture of the religious complex in Neviges, which recalls the German expressionism of the early 20th century.
From a distance, pilgrims catch sight of the dome’s faceted geometry, which recalls a mountain peak. As they approach, a linear concrete building – part of the same design by Gottfried Böhm – runs alongaside the processional path, ascending towards the church, with a wide porch on the ground floor. Inside, a single material is used, concrete, which acts as both enclosure and structure, creating a massive cavernous space with a complex geometry, lit by small openings cut into the concrete mass to let in the daylight.
Böhm was a key figure in the reconstruction of West Germany after World War II, especially in the city of Cologne and the surrounding region. His Brutalist concrete buildings, both vehement and respectful of the historical context, are characterized by their ability to build bridges between the old and the new. Religious architecture is one of the areas in which his achievements were most noteworthy. His career as an architect was recognized with the Pritzker Prize in 1986.

Article: "The eroded concrete in Neviges", by David Carrasco Rouco in En Blanco