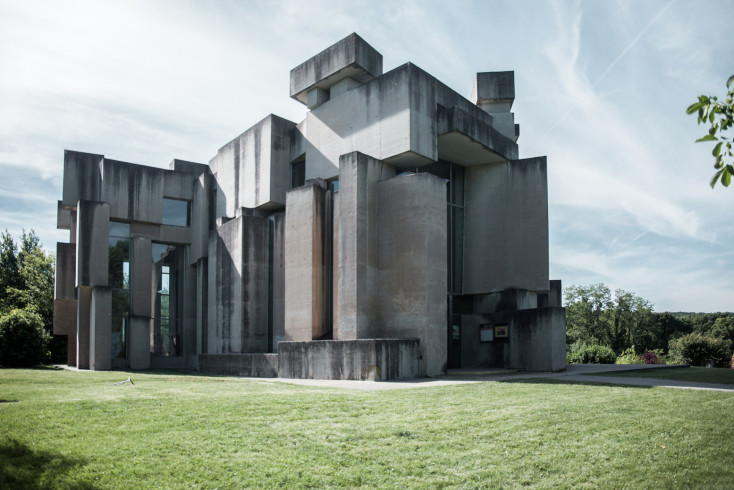 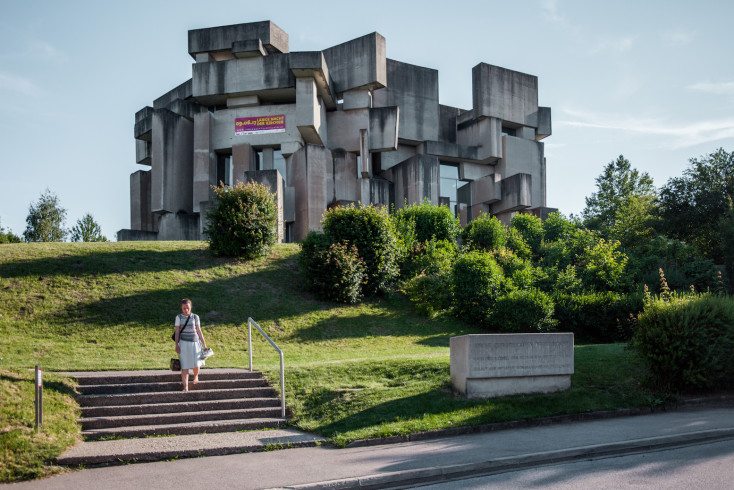 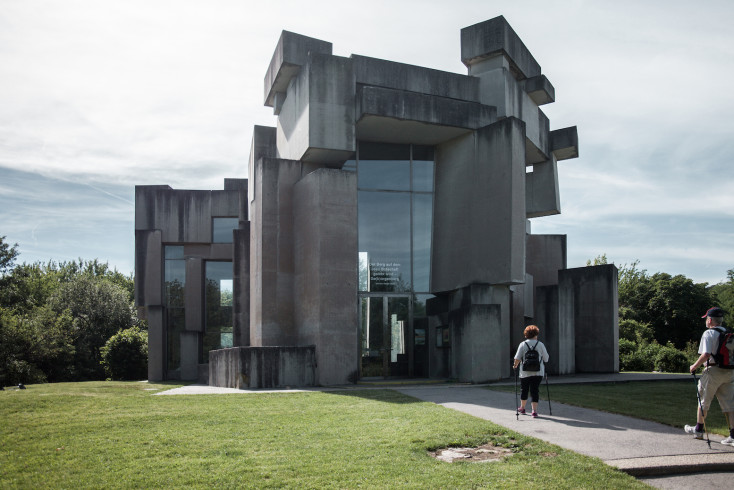 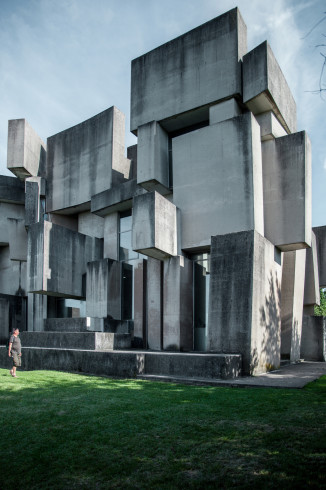 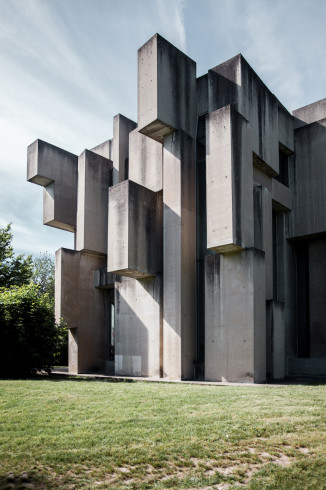 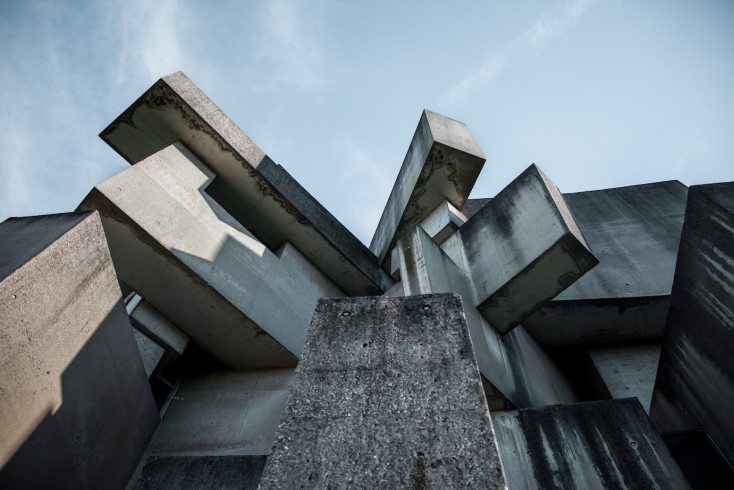 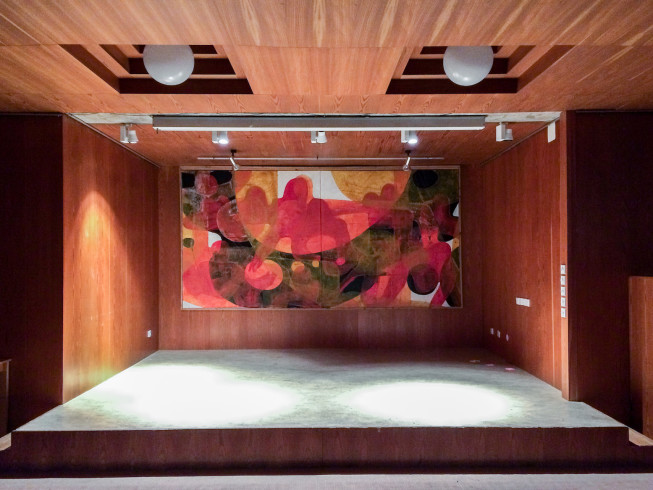 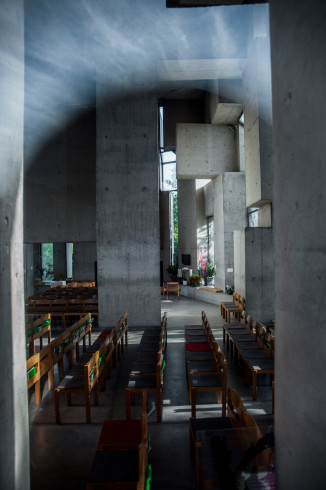 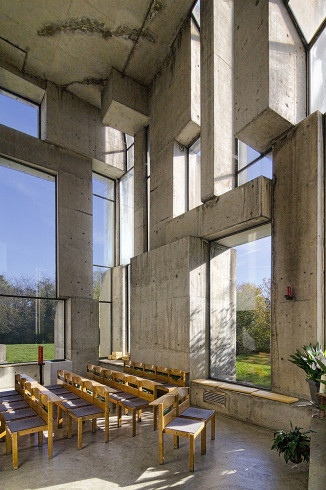 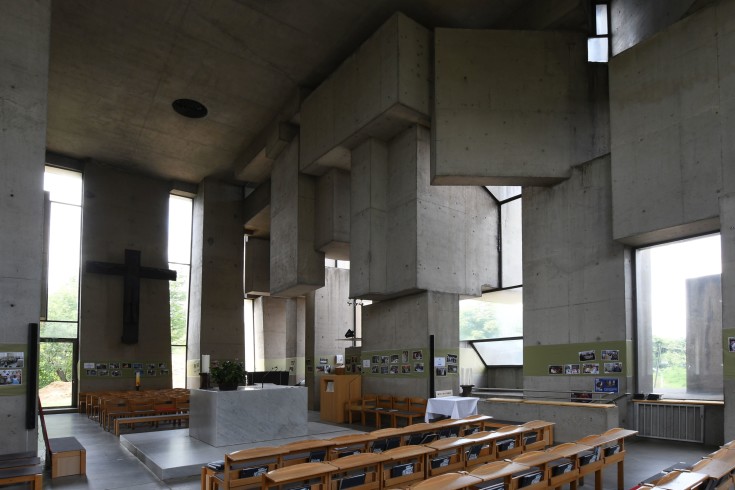 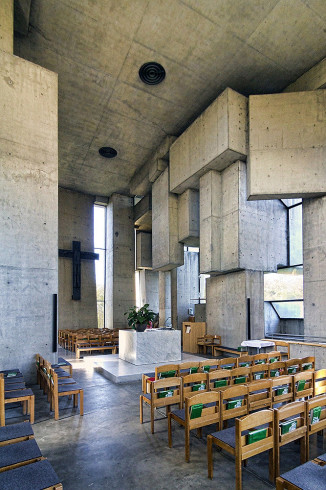 More like an abstract sculpture than a building for worship, this church, which sits at the top of a small hill surrounded by forest on the outskirts of Vienna, is made up of 152 solid concrete blocks of different sizes and proportions, the largest of which is 13 meters long. The building was conceived as a work of art you can go inside: the sections overlap each other in a deliberately disordered way, like pieces from a set of children’s buliding blocks. However, the apparent external chaos contrasts with an ample and open interior space, with capacity for up to 250 parishioners.
The church is popularly referred to using the name of its author, the abstract sculptor Fritz Wotruba, one of Austria’s most influential 20th-century artists. The author of several monuments in the city of Vienna, his first works were figurative. It was not until 1950 that he began embracing abstract art. His sculptural technique, centered on manual stone carving, also evolved toward a rougher appearance. In the church, his latest and most well-known work, the large volumes of concrete look like uncarved stone blocks, and there is no sign of figurative resources. The work was completed a year after the artist's death.