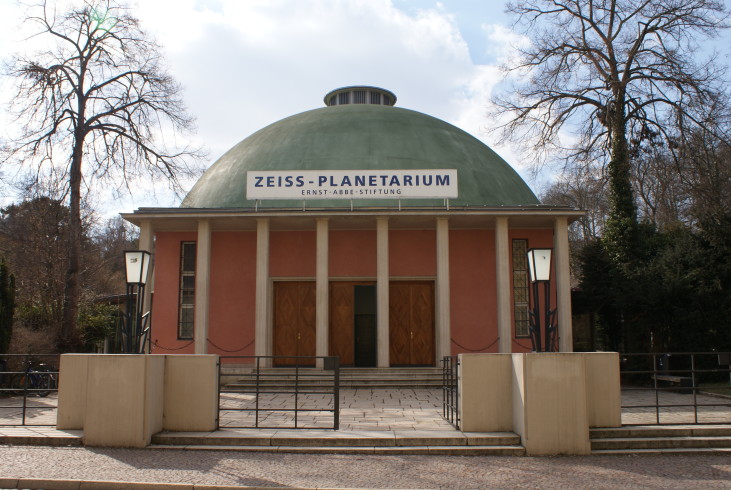 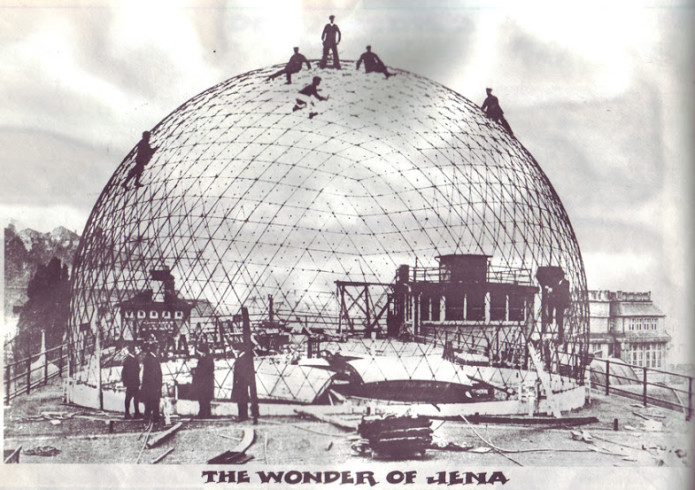 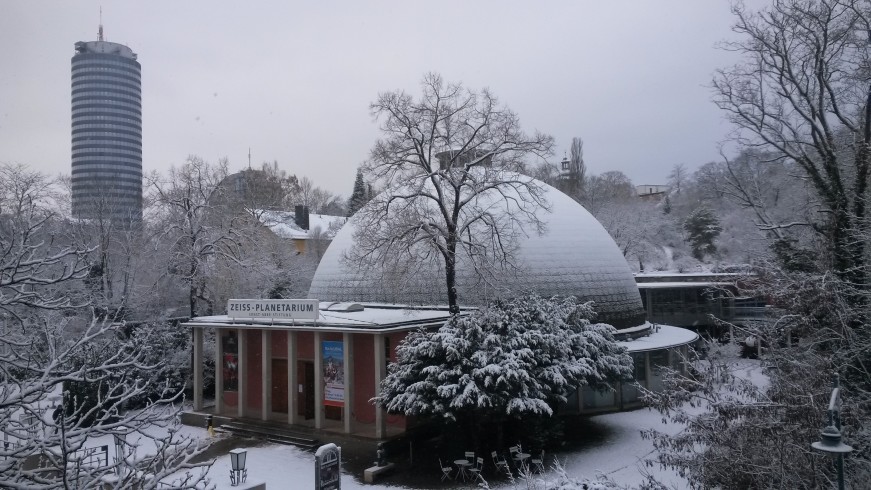 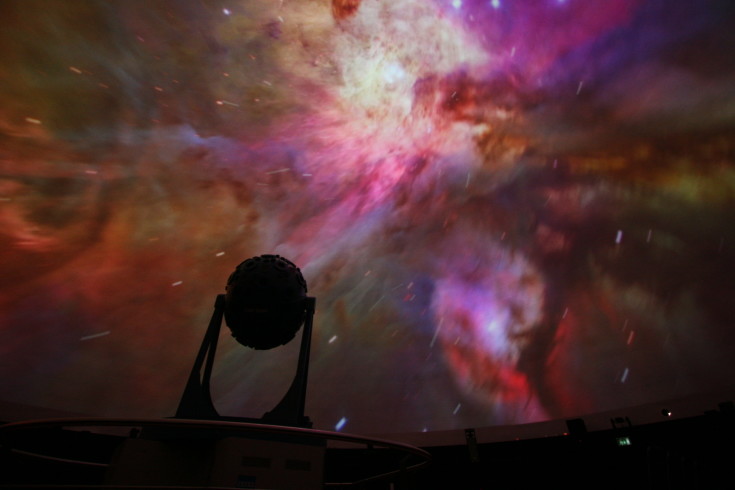 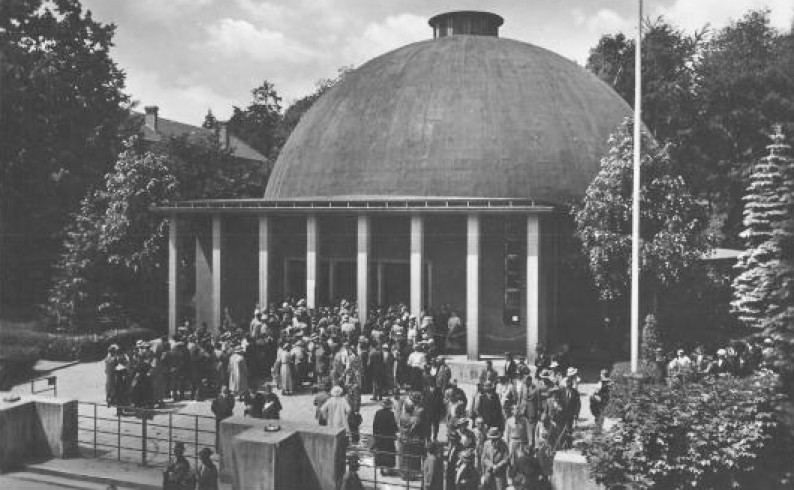 The planetarium concept, understood as a place for scientific dissemination and – why not – for entertainment as well, was developed by Walter Bauersfeld for Carl Zeiss, founder of a leading business worldwide in optics and manufacturer of all types of lenses. The first planetarium building, constructed in Jena, served as a model for all the others that would be built later in cities across the world. It was part of what would be the first science and technology museum in Germany, and one of the first of its kind anywhere.
This building, pioneering for many reasons, hides a treasure that has gone unnoticed in the history of architecture and engineering. Twenty years before Buckminster Fuller built his first geodesic dome and announced its virtues to the world, the first structure of this type was created in Jena: a spherical shell made by spraying concrete onto a metal geodesic structure. The Jena planetarium was the first almost entirely spherical building in the history of architecture. To highlight its singular form and to make the museum more recognizable to the public, a simple, classically inspired peristyle was added to mark the entrance.
The spherical form of the planetarium was not an obvious solution initially; several options had to be tested using cylindrical spaces in motion. Ultimately, the designers realised that the options that involved a mechanization of the space were all much less efficient and versatile than adapting the projector instead. That is how the Zeiss company started working on the first of the models for its famous planetarium projectors, which have been used around the world.