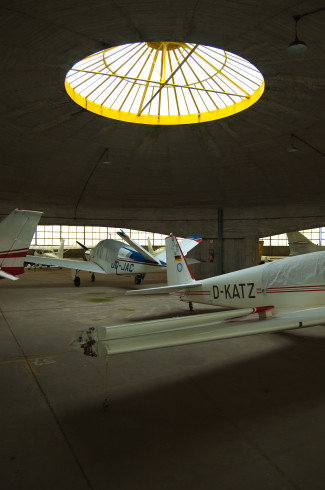 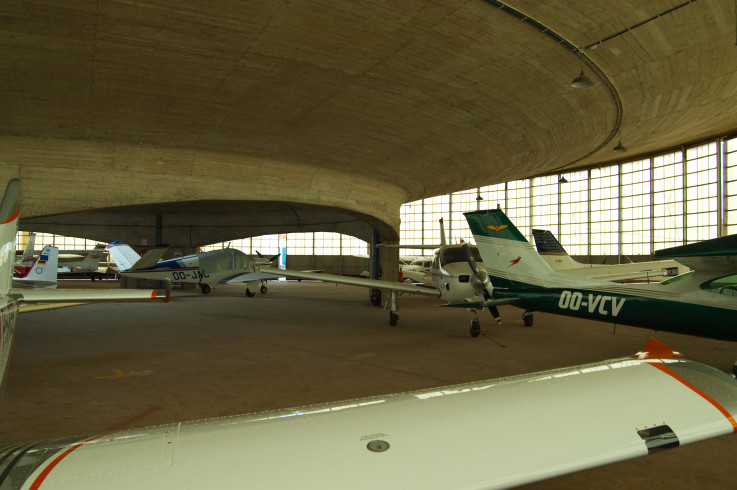 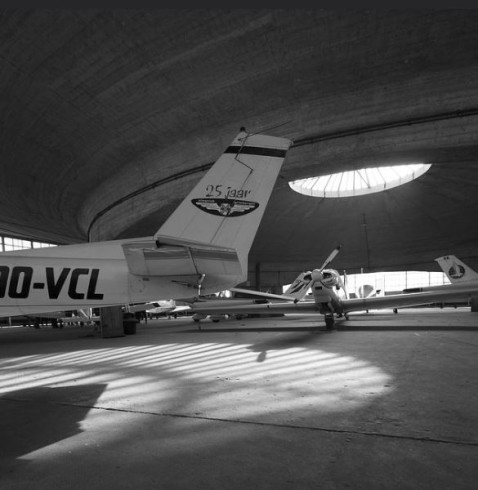 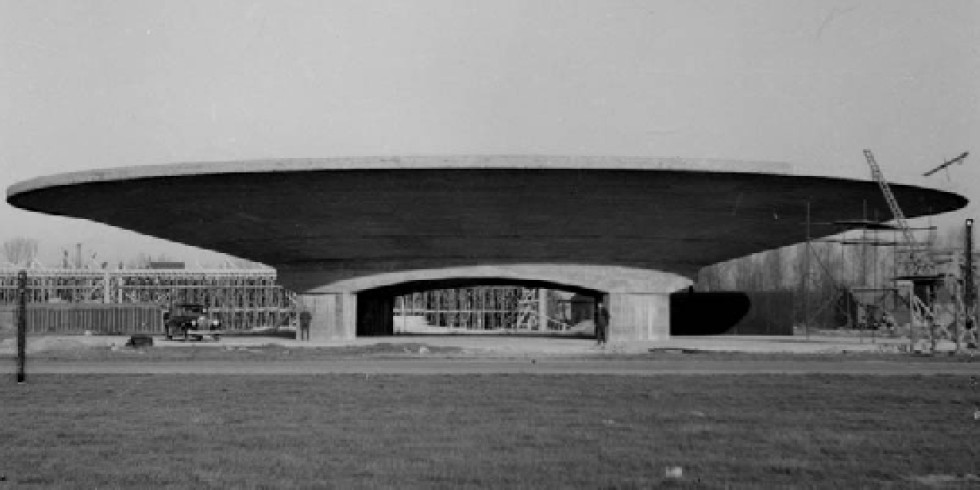 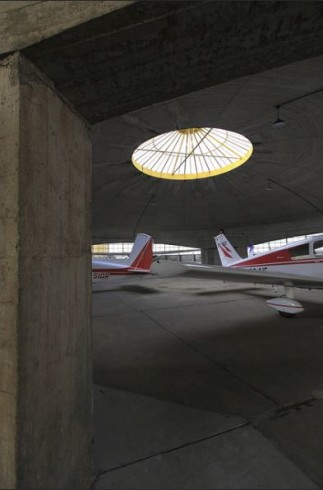 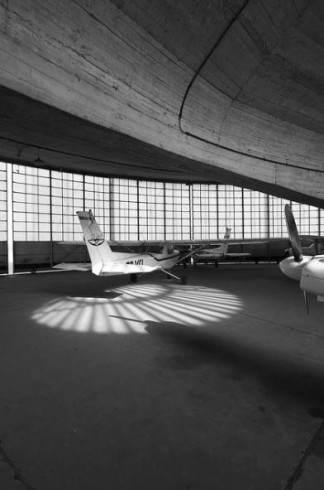 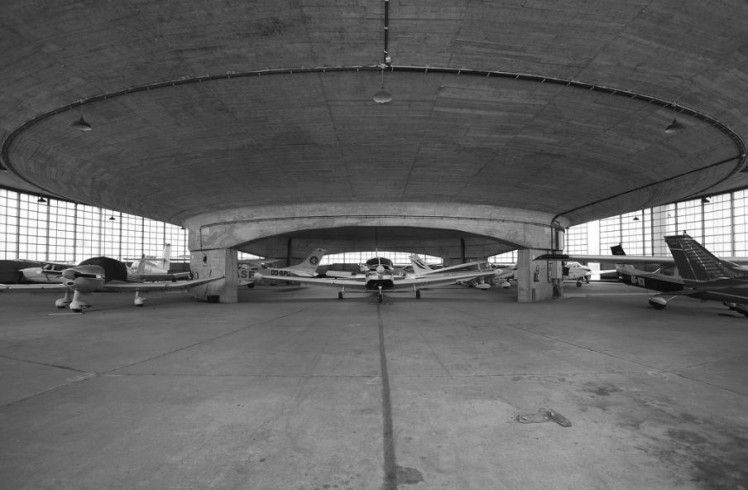 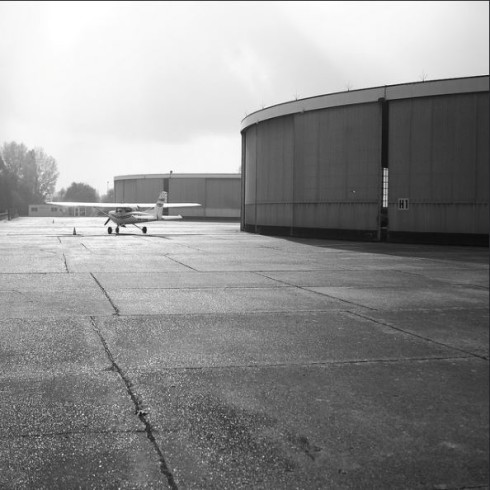 The contractor Alfred Hardy Quiévrain, who had no formal academic training, was responsible for building these two twin aircraft hangars at the Grimbergen airfield in 1947.
The self-taught nature of the designer makes the audacity and elegance of these two concrete structures even more surprising: two circular roofs, with a cantilever of 14 meters from the central core and a thickness that ranges from 12 cm to 6 cm on the outer edge. The central core limits its contact with the ground to four supports connected to one other by segmental arches, and the interior is topped by a dome, also low rise, with a central skylight. This is all built using a single material, concrete, and it is finished with large sliding aluminum walls around the perimeter.
Hardy obtained some recognition for his work – which he tried to patent as a building system – when he became the only Belgian represented in the 1964 exhibition Twentieth Century Engineering. Organized by the MOMA in New York, the exhibition contributed decisively to popularizing the work of architects in engineering, such as Eero Saarinen and Felix Candela. Hardy’s work, however, was largely forgotten after his untimely death in 1965.